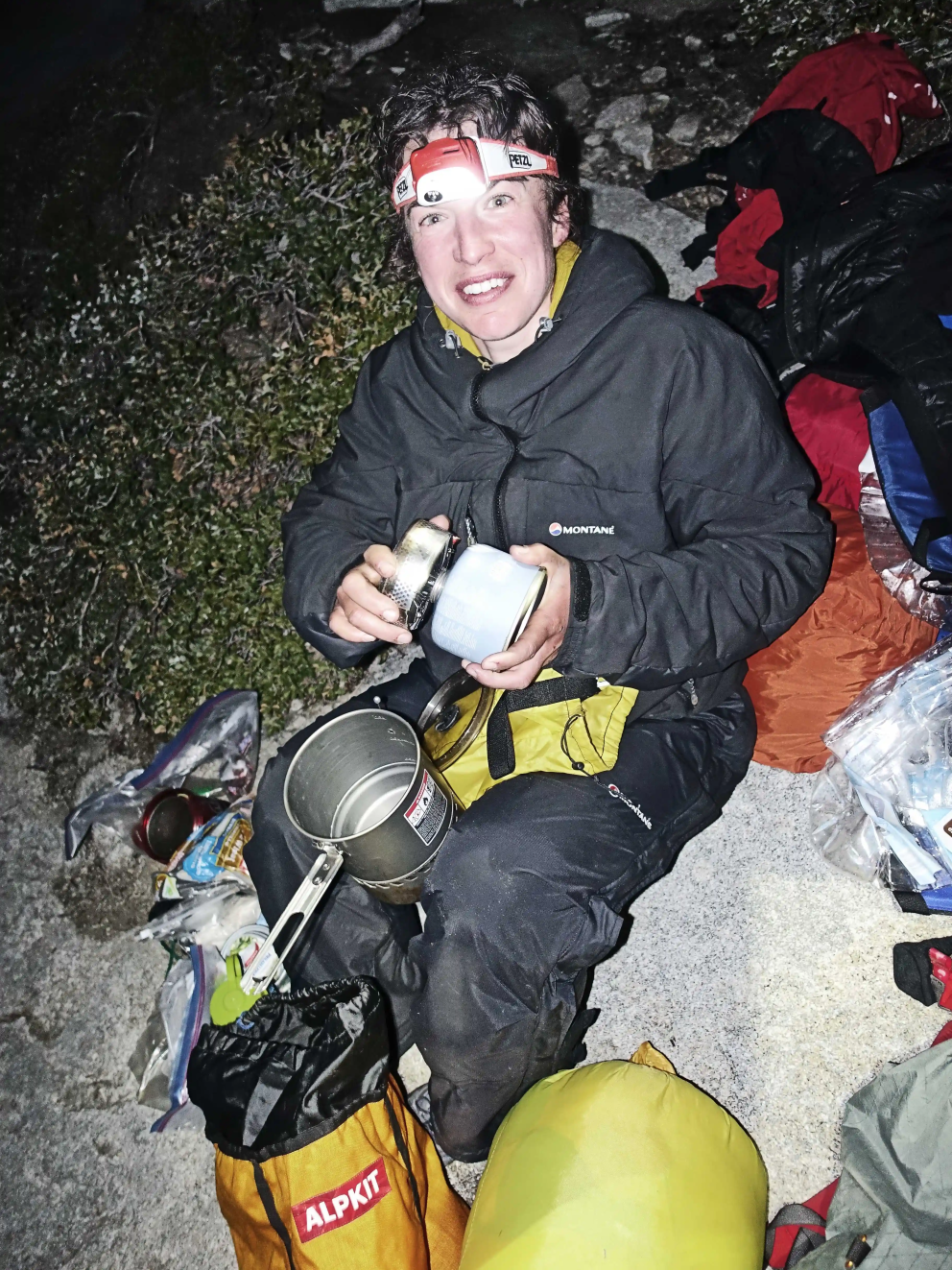 The pros and cons of a cartridge stove are generally down to the cartridge itself. It is the cartridge that gives the designer the ability to make a stove as light as a screwgate karabiner and it is the cartridge that gives it its instant ignition. Unfortunately, as in everything, there is a price to be paid for this convenience, in that the stove is totally dependent on its cartridges. If travelling beyond the reach of outdoor shops they can be hard to find and this can be a problem in itself. They are also more expensive per minute to run than liquid gas and the cartridge must be carried and disposed of once empty. Damaged or tampered with canisters and the gas within them is also quite common, especially in the developing world, resulting in unwanted dramas in high camps. I can remember once building Joe Simpson (name dropper), a modified Markill Stormy hanging stove for a trip to Pumori. While on the mountain he had huge problems with the stove, the diagnosis being that the gas they’d bought in Nepal had been refilled with gas AND water. The gas would burn off first as it was lighter than water and, once burnt off, you’d be left with what you thought was a half-full canister. On his return I did make what I thought to be a very funny joke, remarking that although this had ruined his trip at least he could now write a book called Stormys of Silence. I don’t remember him laughing.

The most common cause of damage to the cartridge is to the valve where the threaded nipple is either compressed or dented. Even slight damage can stop the stove from connecting properly to the cartridge, which often gives the user the false impression that the stove is broken, as the cartridge is obviously full. This kind of damage can take place while the canister is stowed away in your ‘sack or even before it was bought. So it’s well worth checking your cartridges when you buy them and then packing them carefully so they won’t be damaged from outside knocks (it’s a good idea anyway as you don’t want a punctured gas canister in your ‘sack… especially if you’re smoking at the time).

If your canister has a damaged nipple here are two possible ways of solving the problem.

If the nipple is compressed, screw on the stove as tight as you possibly can. This should pull the nipple out far enough for the stove’s piercing pin to penetrate far enough into the canister’s valve.
If this doesn’t work then do the same but have the stove turned as you do so. Be careful as this will result in gas pouring out once it engages the cartridge.

Another problem is that although all cartridges should conform to a CE norm, there can be minor differences even from the same brand (due to the fact they are made in hundreds of thousands and in several factories), sometimes resulting in one cartridge that’ll work and another that won’t.

Both of these problems can affect the high tech stoves more than their more basic cousins, as the better stoves are made to much finer tolerances, even though this isn’t sometimes matched by their fuel source. This has been a common problem with the MSR Pocket Rocket on 120g cartridges and the Snow Peak GigaPower on some non-Snow Peak cartridges. My advice is that you should screw on and test all your cartridges before a big route and if in doubt always take a spare. It is also a good idea to carry several smaller cartridges rather than one big huge one (2 x 250g cartridges instead of a single 450g for example), so if you do get a dud you have another option.