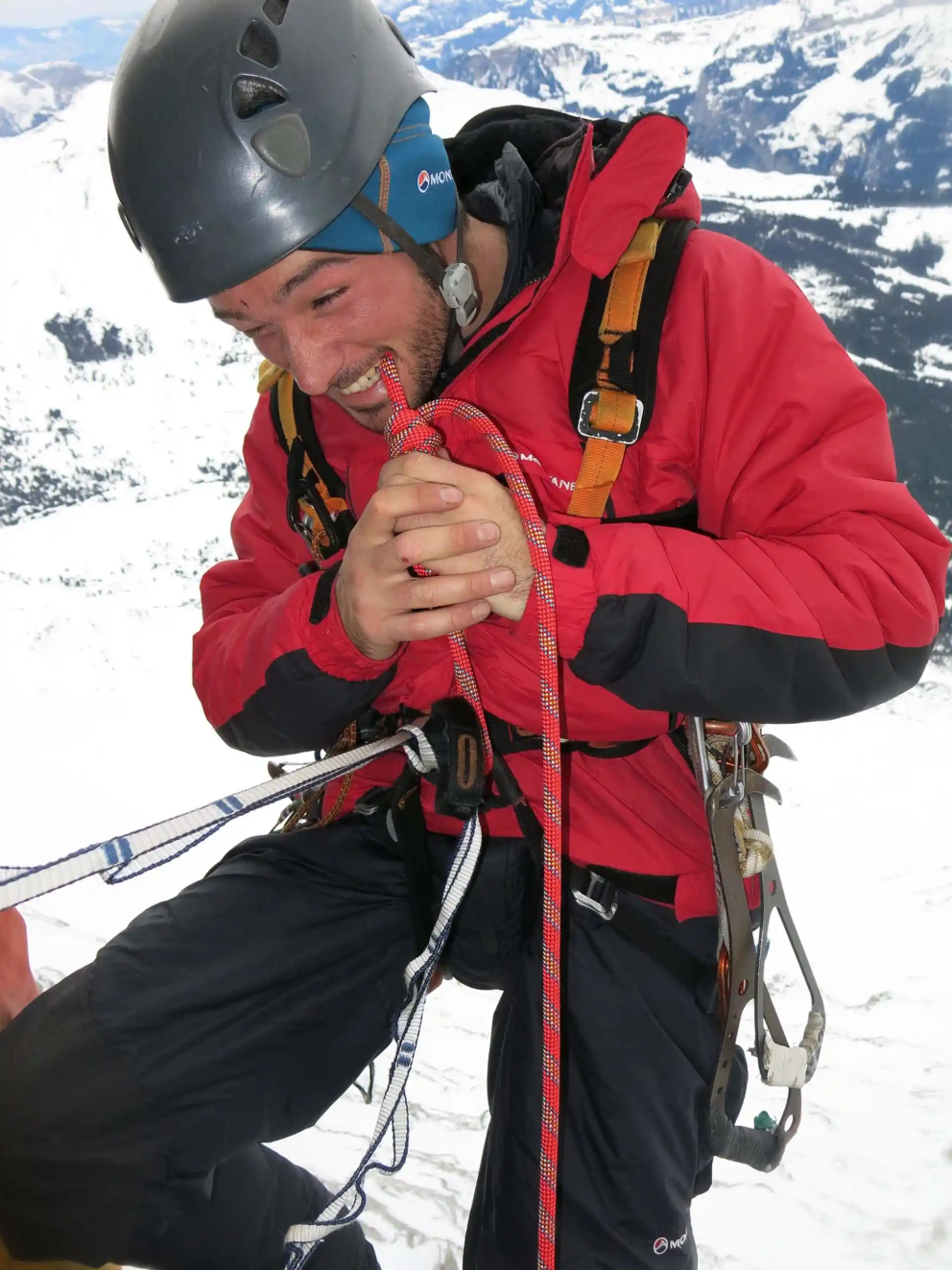 Beyond The Figure Of Eight

Paul Ramsden tells a great story about being trapped on a ship sailing to Antarctica for several weeks, and how one night one of the old salty sailors said in the bar that he knew more knots then anyone else. Paul is the type of person who for some reason rubs people up the wrong way, and I’m sure if he met the Dali Lama they’d be scrapping within 10 minutes, and so he couldn’t resist but challenge this sailor to a dual of knots. Sitting opposite each other at the bar, a crowd gathered around them, they began the knot face off, their ropes flying as one by one they tried to out trump each other. Like Cool Hand Luke Paul kept his composure as each time the sailor finished some obscure knot (the Barbados zigger, Thai lady boy, the San Fran disco lasso), Paul brought out some equally exotic knot in response (the Hamster clutch, the Aussie dingo raffle and the infamous Golden rivet shackle). Paul had a ace up his sleeve in that he was not only a climber but also an ex boy scout and so knew more knots then the Marche De Sade, eventually winning the exhausted and dumfounded sailor, who sat dejected and beaten on his stool as Paul took lap of honour, running up a trophy knot as his circled the bar. Unfortunately for Paul the sailor took the defeat badly and standing up punch him in the face and went off to bed.

I used to think that the only climbing knot you needed to know was the figure of eight, because once (easily) learnt it could be used for all and any climbing situation. Of course people used to tell me that you also needed to know how to tie a bowline, often demonstrating how this could be done one handed (unlike the figure of eight), but to me the bowline always looked a bit wimpy and was only of use to those dandy sport climbers. I also could never quite get the hang of the hole “rabbit out of the hole” deal, with the knot always disappearing like said rabbit once pulled. Maybe it was because I was a Yorkshire man, but the figure of eight seemed like the ultimate knot for me – stout, strong, solid and simple. Of course like all young climbers I’d bought Nigel Shepard’s modern rope techniques and read it cover to cover, practicing every knot with my treasured two metres of 5mm cord (I think my mum thought I was getting into S&M), but at the end of the day it seemed that having a monogamous knot relationship was far sounder then flirting with all and sundry. Of course my youthful close mindedness soon came to the realisation that there where in fact other knots out there which in some circumstances where in fact more practical then the stalwart figure of eight – being often faster to tie and untie, easier to adjust, or just being plain better. These pages cover some of these knots – some well known and others no so – but all which I’ve found perfectly compliment the figure of eight.