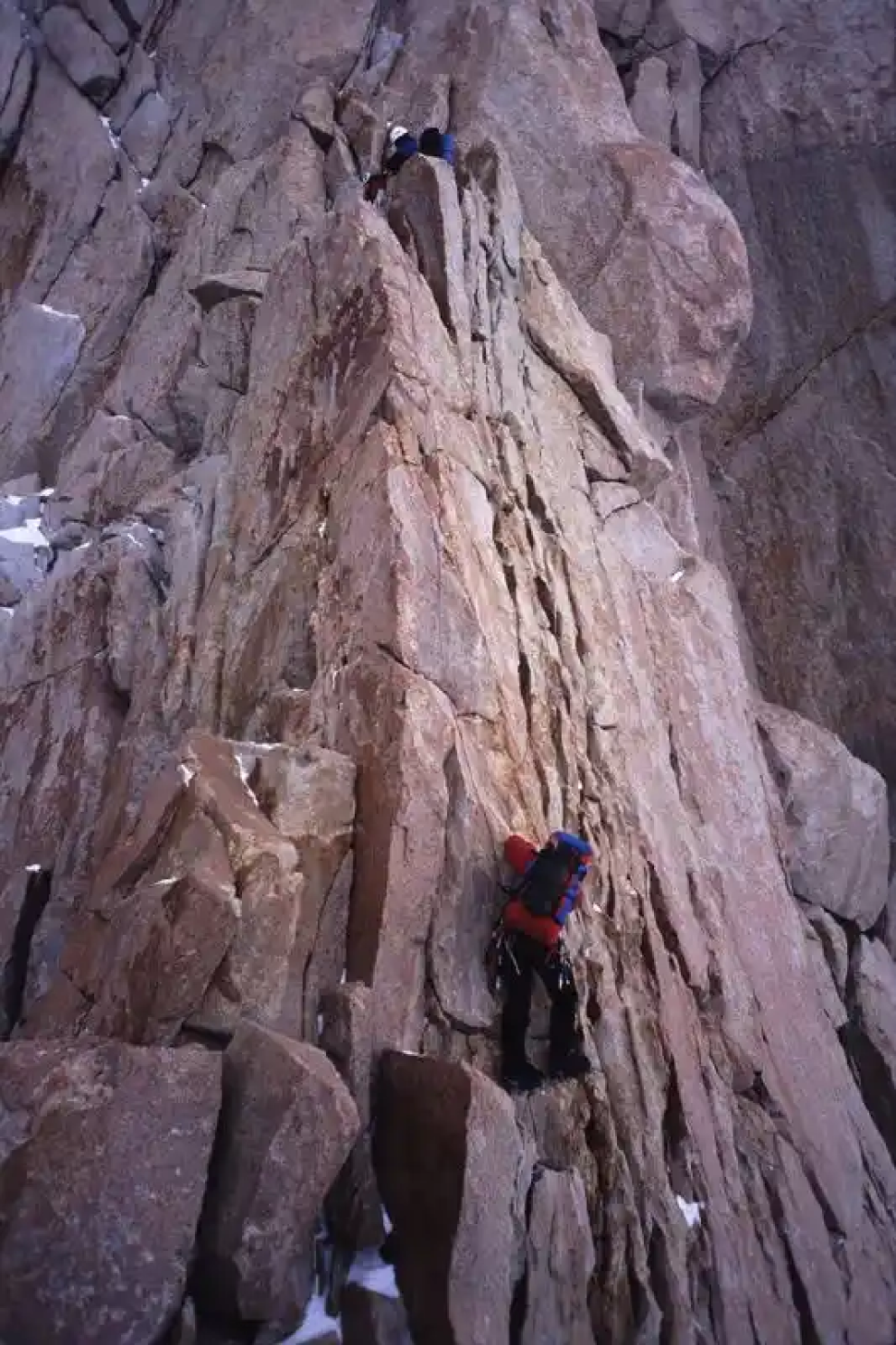 Most climbers are defeated in the mind long before the body, often years before they even see their hardest climbs.  Most climbers are strong enough, skilled enough, and possess enough stamina for any classic winter climb up to grade V.  Often all they lack is the right mental approach.

What I learned climbing big walls can be easily applied to any climb, in that a route is simply the sum of its parts, and if you can climb those parts, then you can climb that route.  Tim Emmet once explained to me that when he’s climbing some super hard trad route onsight he’ll just think “right mate” (I’m guessing he says mate to himself) “just climb twenty feet to that jug, rest, get some gear, then twenty feet to that awesome crimp, rest, then up another twenty to that good foothold and get some gear…” He breaks down the routes into small parts and imagines climbing them in isolation, rather than think “Right mate, let’s climb this thirty metre E8”.

I realise that saying this is like telling some how to such eggs, but many new climbers tend to just view everything as a whole, say that on an E3 5c every move will be 5c, whereas you may find it’s just one 5c move amongst lots of HVS climbing.

Most classic winter routes aren’t that sustained either, but when you read route X is grade V 5 you immediately imagine dangling off your arms for a full rope length, feeling your energy-sapping way above the void.

Standing at the bottom imagine yourself one of those indoor sport climbing comp types, and take your time and look up and work out where the hard bits are, and where to easy bits are; ledges, bulges, things to get wedged in, or even have a little lie-down.  Commit it to memory.

On the route scope out each pitch and make a plan, say something like this:

Right I’m going to climb up to that steep bit and chop a little foot ledge and have rest and get two screws in.  Then when I’m ready I’m going to blast halfway up it to that narrow bit, where I’ll bridge out and get another screw.  Once that’s in I’ll shoot up to the easy angled bit before the final steep bit, get two good runners in, then power on up to the belay

First use positive language in your climbing, something you will notice good climbers do; with Leo Houlding and Tim Emmett being prime examples.  This should be used both internally and externally.  Don’t hold truck with negative language.

Secondly, it’s vital that you try and iron out doubt and hesitation when you climb. If you’re going to avoid pumping out then move quickly between the places to rest.  Hanging from your tools on the steepest section, calfs burning, while you think about the meaning of life, is not the way to go.

If you use this approach on all climbs you’ll find that as you progress the number of ‘dots’ will stay the same, only their size will be reduced; from somewhere, you can have a picnic, to someone you can jam a pick, but never the less the idea is the same: just join the dots.