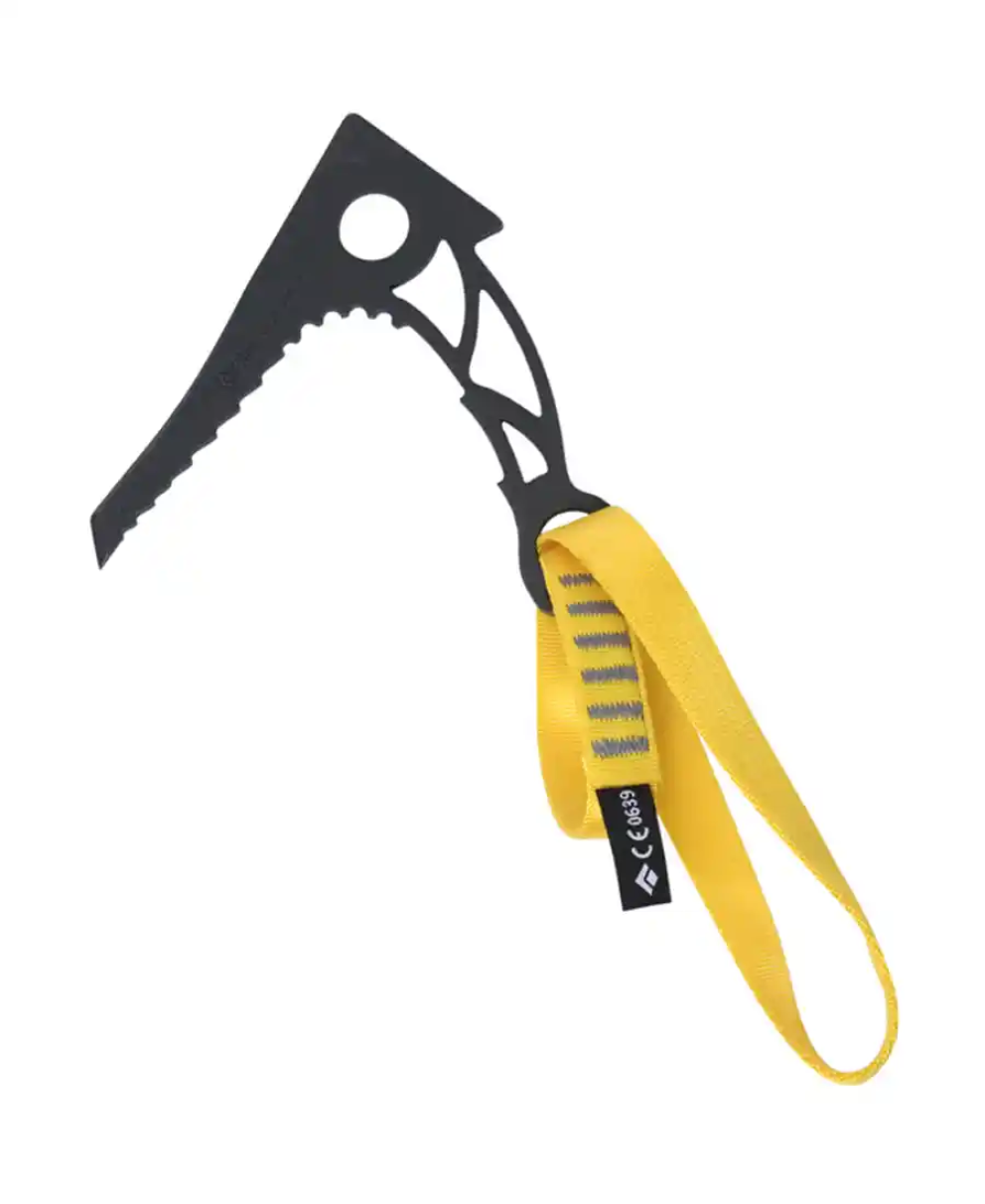 Saw a post on UKC today about the usefulness of sawn-off hooks, basically from one climber asking if he should saw off his first hook, with another saying that sawn-off hooks aren’t much use and just get stuck (because of their lack of taper).

First off sawn offs donâ€™t replace hooks, and full-sized hooks are the best weapon you have for turf, so if it came down to one or the other, go for a full-sized hook.

BUT many climbers use hooks in rock - which isnâ€™t a great idea (because of their lack of taper), as they tend to get overdriven and are almost impossible to get out (the best option is to funk them out with a string of karabiners).

A sawn-off is a hooking peg that can be placed into slots used by your pick, hammered into vertical constrictions, or cammed into horizontals (slide in the full length of the hook).  these small hooks can be much easier removed, and are the best hand placed and just given some light taps to set.