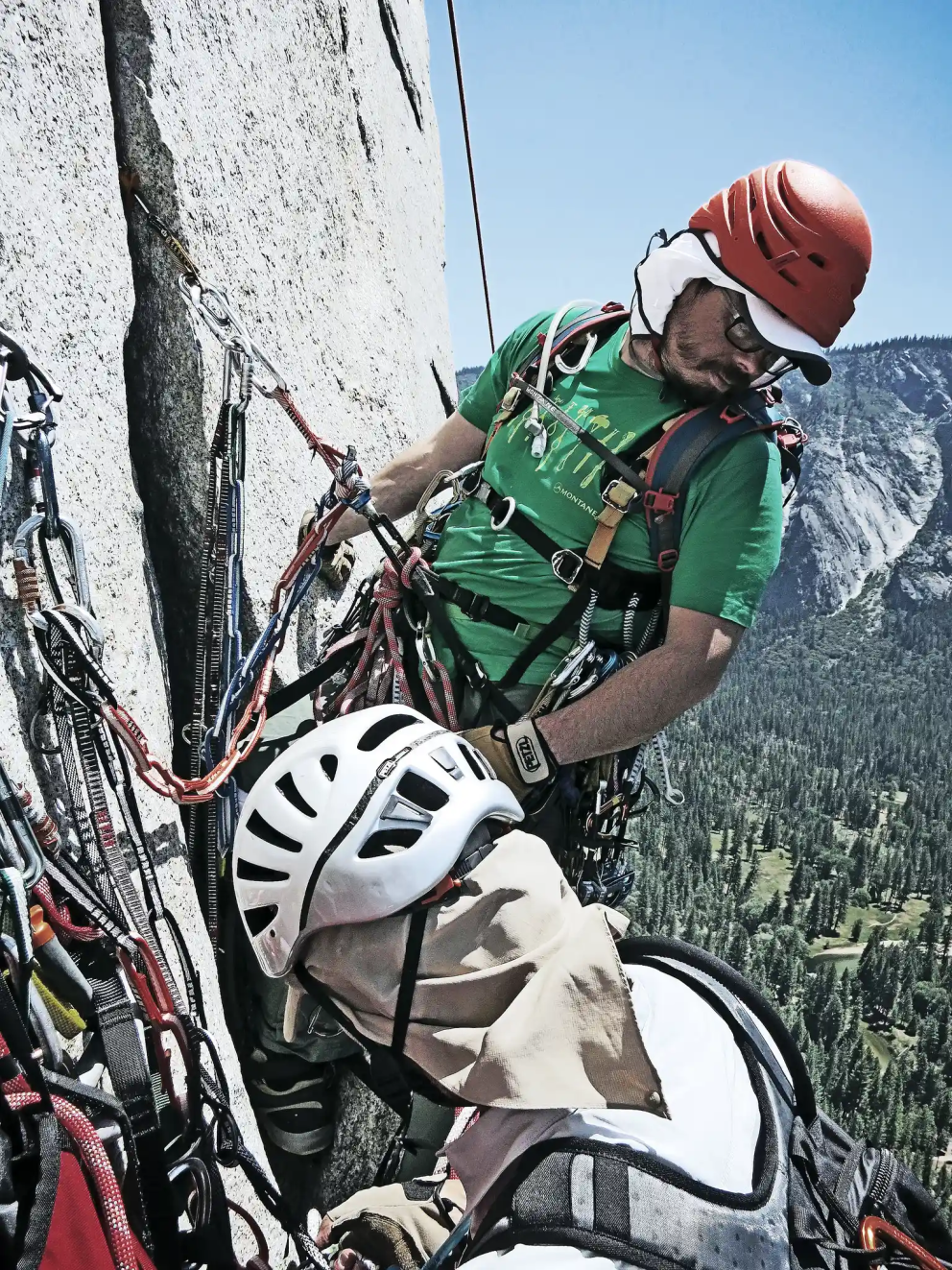 One of the comments from my blog about climbing as a three asked the following question: I seem to climb multi-pitch trad as three quite a bit.  The one lead/two follow at the same time method works pretty well.  My question is, is there an efficient way to switch leads in this case?  Is untying and retying the best way?

One of the fasted, and smoothest ways to run a 3 person team; so as to make swap over fast, and keep your ropes tidy, is - when both seconds arrive - for the new leader to take both the rope ends used by seconds, with both new seconds (as in they will second the next pitch) taking the leaders rope ends.

Of course, the safest way to do this is to tie in and out of the rope as you swap leads, is to use a pair of bowlines, this knot being the fasted to tie and untie.  When doing this it’s vital to remember to still be attached to the belay when swapping (duh!), and so using a sling or daisy chain is a good idea (this also keeps the rope separate from the belay).

An alternative method is to use a pair of small screwgates (back to back) clipped to a figure 8 knot, clipping directly into your harness’ belay loop (2 on each climber’s belay loop - not 2 per rope - and don’t worry - the belay loop is the strongest part of your harness).  Two lockers are recommended rather than one, due to the potential for the leader to fall with the load coming across the gate (cross-loading) and break it, although with modern screwgates this risk is minimized due to stronger gate designs.  Great krabs for this job include the DMM Shadow or Petzl Locker.  Some may question the need to use krabs, after all how long does it take to switch ends?  For short multi-pitch routes, this is probably true, but if you consider on a 15 pitch alpine route the time wasted by all the members tying in and out of the ropes every time this could be considerable.  More important still is tying in and out - rather than clipping in and out - creates the chance of a half tied knot - nor not being tied in at all.

One way to keep switching over to a minimum is to lead in blocks so that the leader remains the leader for a couple of pitches.

The one good thing about climbing as a three though is that you have three minds to solve any problem… or maybe that’s not so good.