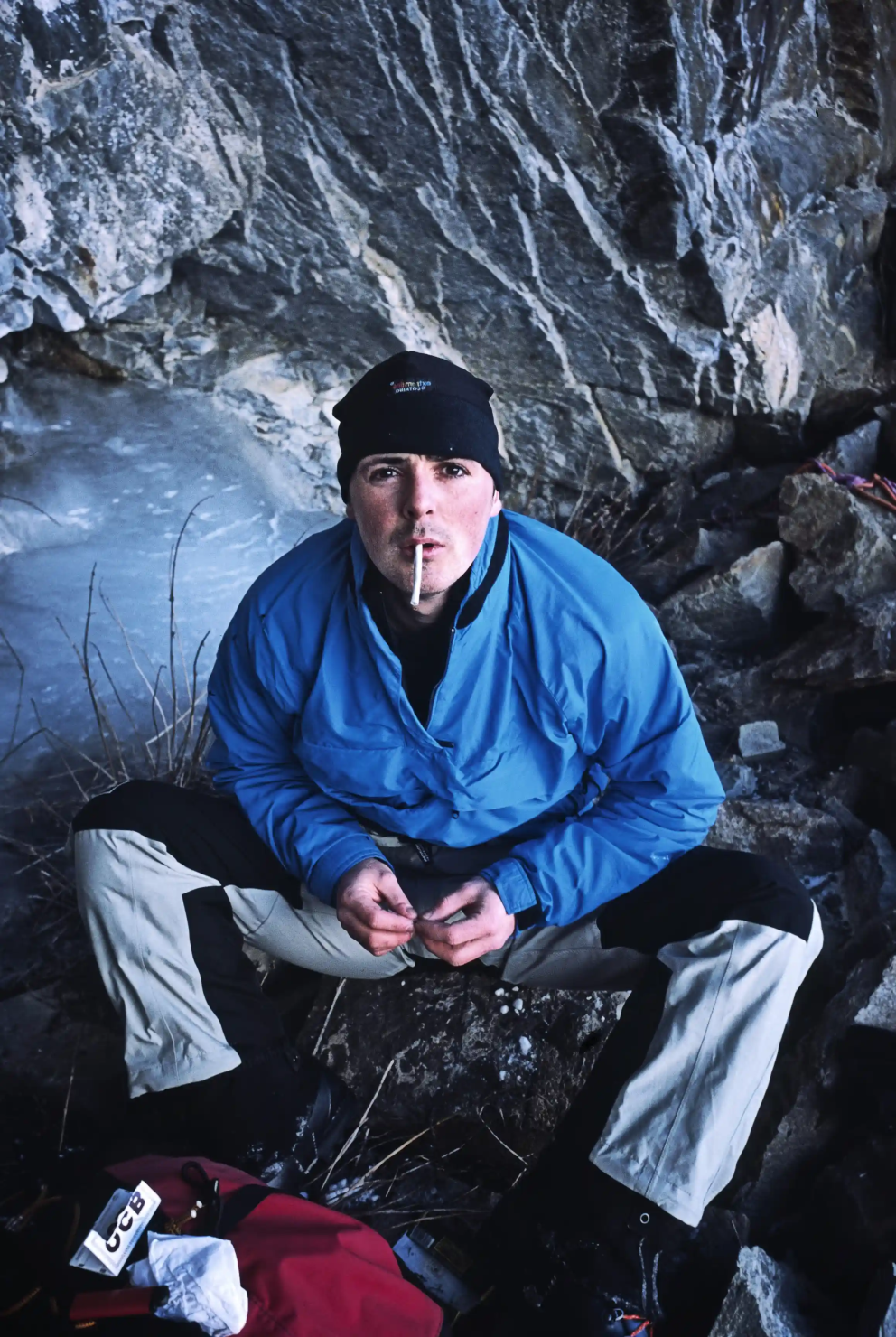 It always seemed like a struggle to come up with words to describe Alan Mullin - one of climbing’s greatest disruptors - mainly because he is dead, hanging himself in a jail cell in Scotland in 2007, and because many of the words I could use were never very kind, which is not odd really, as people who hang themselves in jail cells, more often than not, don’t leave nice words behind.⁣
⁣⁣
⁣Churchill once said that a great man is a difficult man, which in Alan’s case must have meant he was a very great man indeed, and from the moment I met him, standing alone in a shell suit, at an international meet, so painfully working class in a sport that is not, I knew he’d be trouble, both to me and everyone he ever met, but also to climbing, a force - a dark force - that revolutionised British mixed climbing, but most of all to himself. He was in a place he did not belong and never would. Alan would always be an outsider.⁣
⁣⁣
⁣So what words for Alan? He was a bull that escaped a tiny field and could never get back, he ran amok, a danger to everything and everyone, tradition, hierarchy, the status quo. But he didn’t want to be that way, it was just his nature. What he wanted most was to be tamed, to be accepted, to be loved and respected and admired, the people he said he’d like to kill, his mortal enemies, the ones he wanted to be loved by most of all (his heroes). But if you’re born a bull, on a Glasgow housing estate, you may be able to stand and be still for a little while, be passive as a cow, but you’ll always be a bull. You can never escape what you really are.⁣
⁣⁣
⁣People talk a lot about suicide and depression these days, it’s very trendy, maybe because we really misunderstand ourselves, have our settings set too high, also, many are just poseurs, weakness is strength, that to be strong and defiant in the face of such 21st-century indulgences as depression and self-murder is seen to be somehow toxic.  But Alan’s suicide - I think - was the act of a man who - although difficult and great, infuriating but enriching, scary but kind, hard but soft, invincible but vulnerable - was the ending of a life that could not sustain so many contradictions.

For those interested in knowing more about Alan’s life, I recommend reading Grant Farquhar’s book ‘Crazy Sorrow: The Life and Death of Alan Mullin’.