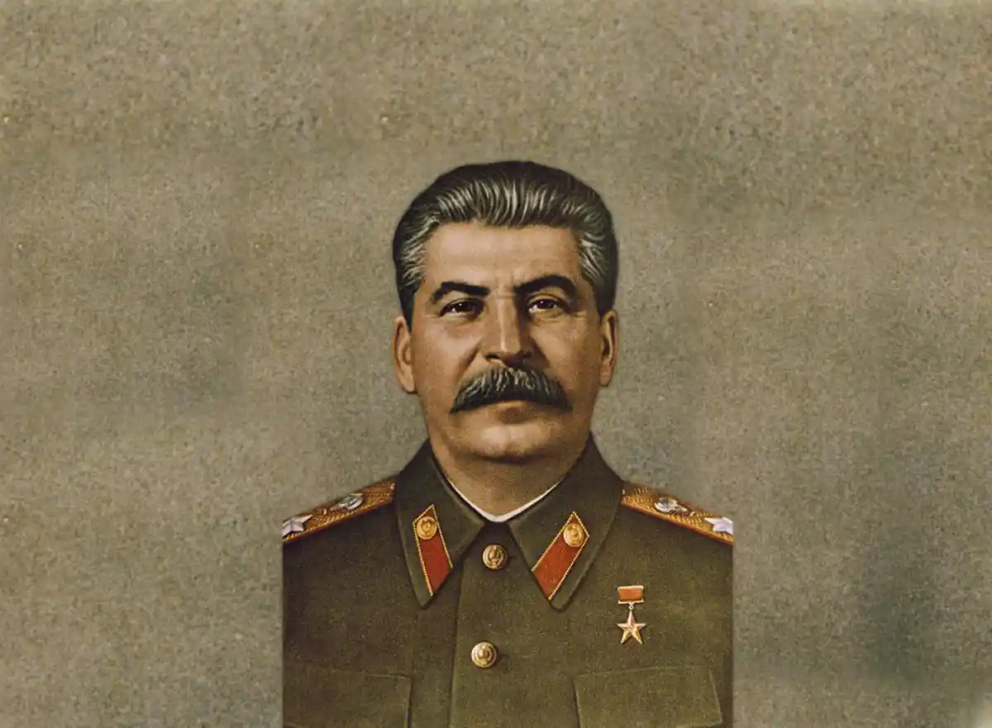 The last few weeks have been some of the hardest of my life, and for once, climbing has little to do with it (warning this is one of those self-obsessed blog posts that’s all about me, but which I somehow find therapeutic in writing).

Being here with Steve - who wants to solo Zodiac, even though he only has 10% normal eyesight - is very odd, as I find I’m forced to be a chaperone, coach, driver, buddy, bastard - pushing and pulling - all rolled into one.  Usually, when I come to Yosemite it’s to do my project or my climb, but now I find myself just being there in support, carrying bags, trying to judge when to pat Steve on the shoulder and joke about ‘make a will mate’, and when to put my hand down more firmly and say “Never forget your jumars when you rap off the belay, as you won’t be able to climb back” or “on pitch 10 remember that I hung on that loose flake and it held, so don’t be scared”.  I want Steve to do it and get to the summit, or fail, but fail in a positive way (being beaten, but only after you give it you’re all is better than backing down before the fight).

Someone who I’ve met many times before in Yosemite asked why I never come with a regular partner, and very often I come by myself.  I joked “I just don’t like people” and as usual followed with Stalin’s quote ‘No people, no problem’.  People, and relationships, just complicate my life, without ex-wives, children, girlfriends, friends how simple life would be.  I guess I’ve always found it hard to connect with people on a deeper level, not sure why, but I feel I’ve what some people could call emotional autism;  that’s why I can climb things that many people would not - I have very little connection with the people who care about me, or even myself.  I climb in cold places because that’s what I am.  Sure I can talk and connect with 1000 people in a theatre, or shoot the shit and spray sat on the bear boxes next to El Cap bridge, but deep down I know that something is missing or broken inside me.  When I was up on Zodiac last week I felt profoundly worried for myself, thinking of myself up there alone two years ago going for a one day solo.  What the hell would possess me to do that?  How did I have the mental toughness to be there?  Didn’t I care?  I had the same realization on the Troll wall this year when Aleks Gamme said “I cannot imagine being alone on this wall” and I had to agree.  I worry about myself sometimes. I once sent Alex Honnold an email after I saw that clip when he nearly falls when soloing (the one where his foot slips when clipping a bolt), telling him that I didn’t care about other soloist dying, but felt compelled to write to him and tell him to be careful.  I said that when the Roman emperors would ride back into Rome after a great victory, they would have a slave beside them, whispering in their ear “Memento Mori” (Remember that you are mortal).  When I hung there way above the ground on Zodiac, feeling miles above the ground, I thought back to myself being there with half a litre of water, a single rope, awake for forty plus hours, and really wondered if instead of telling such things to Alex if I should be giving such sound advice to myself.

When we did Zodiac in a day and a bit last week I think I wanted to show Steve just how exposed you can be (I can’t think of anywhere I’ve felt so ‘out there’ as hanging above the ‘Nipple’ pitch 500 metres up the wall), maybe hoping this would scare him off, and show him how mortal he was.  We all have dreams, but when someone holds your hand and shows you they’re nightmares, are you’re doing them a favour or are you robbing them of that dream (maybe it’s for Steve to find out for himself how alone a man can be on a wall).  As I said in my last blog, after Karen’s accident I also knew there was the possibility that climbing maybe would be over, and that maybe I would have to commit to looking after a disabled partner with only one functioning arm (not that I think she would ever need looking after).  I’d often thought about this, what happens in the long term when you’re partner is a wheelchair, but then I never think about the future, so maybe that’s best, plus Karen is the ablest person I’ve ever met, so I always imagined she’d be looking after me.  For me, the future was always a positive one.  It’s rare to find someone who’s as much of a junkie like yourself, and understands how you ‘tick’.

After we got down from Zodiac, I should have gone home, but instead made my excuses, and listened to people who said ‘to stay and stayed.  Looking back Karen’s accident was a test.  When a woman say’s “You don’t need to buy me a birthday present’ then a man feels let off the hook, but when no one is forthcoming the woman is obviously upset, as what she really means is “If you loved me you would ignore what I said, and buy me something to prove your love’.  When Karen said to stay in Yosemite I should have done what any other emotionally literate person would do when the person they loved was laid up in hospital.  But I didn’t and failed the test.

After Zodiac I needed to do something else, so choose to try and climb Lurking Fear in a day, teaming up with an Aussie called Johno who we met next to the bear boxes at El Cap bridge.  He’d only been climbing for a year and had just left the Navy, and it turned out he was in Yosemite as he’d emailed me last year and asked what I would do if I wanted to get better at climbing, and I said ‘go to Yosemite’.  It seemed like Kismet, so I invited him along (although an Aussie, he was sober and had proper shoes on).

The one-day ascent, grew, as we had to share the route with the legend Steve Schnieder , who was climbing with a bloke called Pat, who was 68, and doing his 6th ascent, and so our one-day ascent was stretched over 3.  The lowlight was having to bivi on a sloping ledge, with Johno sleeping sat in a hammock, and Steve sat in a fabric belay seat (a crap belay seat, and worse bed).  As I’d led the ten pitches below I was given the belay seat/mini ledge to sleep on (a bit smaller than a 3/4 Thermarest).  Unfortunately, Steve moved around so much all night that it kept me awake, and several times I wanted to shout down ‘stop fucking moving around - you’re not going to get comfortable - just take it - plus you’re keeping me awake!!!! (Steve did point out I seemed to be snoring most of the night, so much have been asleep most of the time anyway).

So the next day we pressed on, helping Steve alone the way (we jugged his rope to bypass him on pitch 11).  The funny thing about us climbing with Steve is not only is Steve a legend, but he was in the book that inspired me to climb El Cap in the first place (Climbing Big Walls by Michael Strassman), writing a chapter on speed climbing (Steve was the first person to solo El Cap in under 24h).  Steve’s also one of the funniest people you could meet on a wall and is full of advice on all subjects.  While sitting on a ledge he shared with me the title of his book (as yet unwritten) on men and woman (Steve’s version of Woman are from Mars, Men are from Venus), the title being “Women are bitches - men are Assholes”.  He also told me the trick to happiness in a relationship was to “Marry a rich woman, treat her like shit, be an asshole” (Steve’s been married for 17 years, so I guess he was joking).

We reached Thanksgiving ledge in the afternoon, one of the most amazing bivis on the planet, and spent the night there, summiting the following morning (you can’t haul the top of the route, and so have to free climb with the bags on your back).

When we reached the summit of El Cap I remembered that the last time I had been there was when I’d walked up the falls trail to get my haul bag after soloing Aurora in 1999.  I have been immensely moved by the power of the place, as if this rock had transformed all that stress, terror, sweat, fear and anxiety invested in its walls, and converted it to pure peace.  Up there, free of the press of the wall and the abyss, with just the sky and you, your spirit can only sore.  I realized that up there was where I had had some of the happiest moments of my life and had felt pure blissful emptiness.  There was no wonder why I was drawn to return so often.  I pulled out my phone to try and get a signal, to tell Karen we were up safe (we had meant to be on the wall for a day, and this was day 3), but it wasn’t until we reached the top of Zodiac I get off a message, and got one old one back from a few days earlier, telling me she had escaped hospital.

As we sat there on top, putting off the knee-jerking back-breaking descent, I looked at the strangers Johno and Kiwi Steve and thought that Stalin was wrong.

When I got down I rang Karen and found that yet again I’d inflicted pain upon pain, leaving her for days wondering where I was.  I had stuck the knife in so many times before (Troll wall, Eiger, Patagonia) with my careless emotionally autistic (no - just an unthinking asshole), but this time the cut was too deep.  This was the last time I’d put her through that.  She deserves way better, and I deserve nothing less.

One day you consider giving the rest of your life to someone, and the next, there is just you and Stalin.

A while back I when I announced to the world, in a self-indulgent tiff with myself, that I was giving up writing, I very quickly realized that everything I saw, thought or did, was seen through the prism of a writer.  I could stop writing, but I could not stop being a writer.  When I say I don’t like people and want to be alone, and that people just get in the way of what I want, I think I mean it.  But the same applies; I can stop being human, but will always be human.  When you’re alone - truly alone - you realize that all that you can do and experience without the baggage of love and friendship of another to weigh you down, is worthless, as these things have no value unless they can be shared with people you can’t help yourself but love.