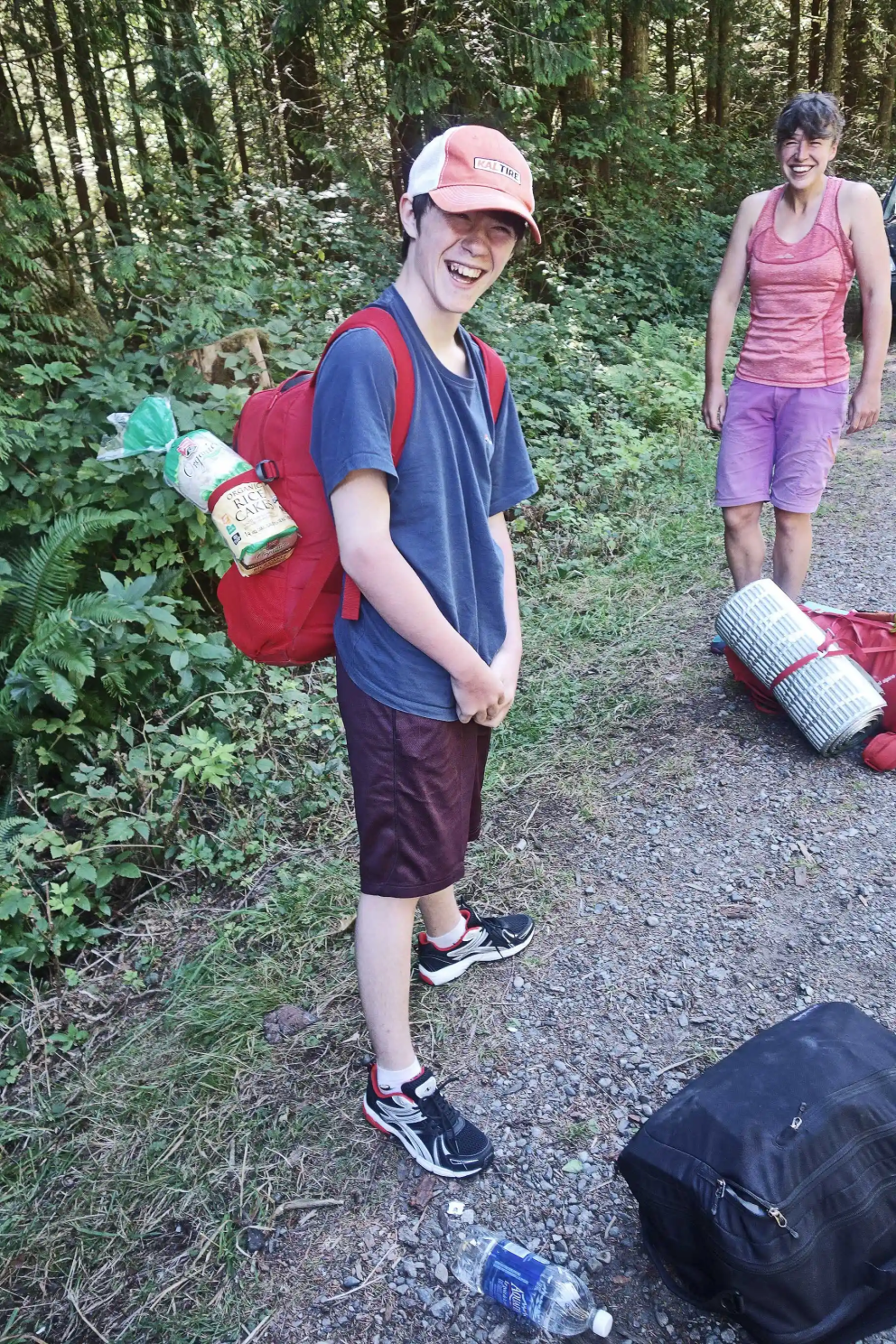 I’ve just come back from a winter trip where we carried 6 days of food and a bivi tent, camping out above 3500 meters every night. What we found was ultimately it was the weight of the bags that was slowing us far more than the altitude. Our kit is all reasonably good light weight stuff and what really weighed us down was food. We had porridge sachets for breakfast and mountain house for evening meals, our lunch was mainly musli bars and chocolate backed up with a bight of cheese and chorizo for protein every day. My question is what do food you take for multiple days in the mountains for minimal weight. It was this more than anything that slowed our climbing down.

A normal calorie intake for a man is 2500kcal and for a woman it’s 2000kcal, but that’s a normal person going about a sedate and low activity life.  Add in cold and you can increase that by 50%, and again for heavy exercise over hours and days (a marathon may be over in 4 hours, but a big climb could take a week or more from dawn till dusk).  On a big alpine climb in cold weather, I suspect you’re burning over 5000kcal a day, maybe more, so it’s virtually impossible to man carry that much food and Food (polar trips can do this as they use sledges).  A deficit in your food for an alpine climb is part of the course, with a few bars, a bit of sausage and a packet of Ramen not even making a dent in what your body needs.  But this deficit can usually be carried for a day or two, with the body drawing on its fat reserves (to do this it needs a steady supply of carbs).  Go beyond two or three days on starvation rations and grit and determination will not cut it as you’ll be literally starving yourself.  Starvation in a true survival sense (and not the TV variety) is a bloke with a headache unable to even stand let alone do backflips into swamps or catch spiders.  In a non-survival situation you’re just not going to be able to keep going as it’s not a matter of life or death (you’re in your holidays). Yes, you can sit at home and plan a survival ration to save weight, but your body’s not going to be able to cache those cheques.  Take a minute to consider that Scott starved to death, one of the worst ways to die, while Amundson came back fatter than he set off.  Basically starving yourself is not an option.

So if you’re going to carry food then maybe you need to go a bit deeper into what food you carry, as 1kg of pasta is going to get you there much less hungry than 1kg of Pot Noodles.

First off work out how much food you need to operate, as some people need a lot, while others need less, based on body mass and body type (skinny versus muscly).  You can do this by doing some short weekend trips and eating the type of diet you plan on using.  You may well find that by dumping 500grams of food per day your pack feels lighter, but you end up covering 20% less distance, while an increase sees an increase that more than offsets the weight.  Go on the hill with a man with just a packet of jaffa cakes and a can of coke and a man with sandwiches, pork pies and tea and see who’s still going by tea time.

Next, be scientific in your approach and make a spreadsheet with calories per gram, per serving and nutritional balance.  Also, look at cooking times and how this affects fuel consumption (another place to save weight).  How good is instant porridge compared to non-instant porridge oats, rolled and unrolled? How about muesli instead, both mass-produced and homemade?  Experiment with yourself by eating the same cal tea than the next morning eating a different breakfast.  What time do you begin to feel hungry?  Can you add extra stuff to your food to increase the calorie content beyond sugar, say more milk powder or coconut powder and nuts?  Get some digital scales and work out what gives you (that’s YOU) the best bang.  Personally, I like muesli over porridge as it doesn’t need hot water to cook (but you can add hot water), and think 100grams of this is better for me than 100grams of instant porridge (ask how it’s made instant?).

For lunch and daytime food again cast your net wide and look odd stuff that’s easy to miss.  Often bite-sized food is best (the body can only digest 250kcal an hour), so small bit-sized bars, and a mix of sweet and savoury (cheese, crackers, sausage, chocolate, muesli bars).  When moving long distances it’s vital that food is eaten regularly and the body topped up, as going into the red will slow the whole thing down to a stop.

As for main meals, I’ve lived off dried food for months on end and although they do fill you up, and are light, I’m not convinced they are good for more than a few days.  I think they’re best supplemented with some non-instant food.  I’m a huge fan of rice as it takes very little cooking and absorbs all water (unlike pasta) and seems to provide a good load of carbs for the day to come.  In the past, I’ve done trips where our diet with just rice, cheese and olive oil (plus some sausage if we had it), which although not the perfect balance of carbs and protein, seemed to work for long periods.  The trick for cooking ‘mountain rice’ is a 1:1 ratio of rice/water, stick both in a pan with the lid on tight, bring to the boil then simmer for 6 minutes, then remove and let stand for 6 minutes and it’s done.  If you’re using wood to cook on then take brown rice and increase the boil time.  On high mountain trips, I’d take a pressure cooker for cooking food like rice.  For reference the typical diet of a Japanese soldier in WW2 (who was highly effective) was:

Perhaps mixing rice in with instant food (100grams per man plus half a Mountain House) could be a good way to create a menu that works.  I’d also recommend not being too hardcore, taking along garlic and unions and some good spices, as food is the aphrodisiac of the day to come, get it wrong and tomorrow can be a death march.

Last year I did the Wanda Fuca trail with my kids, a 47km trail along the coast of Vancouver Island, with me and Vanessa carrying 4 peoples food which was about 16 man-days (4 meals each).  Although we had tiny packs (we shared a tent and sleeping bag), we ate like kings, with tins of Coconut milk, tons of rice, chicken for the first day and peppers, carrots and onions for the following.  We ate porridge for breakfast with honey and cinnamon and had rice cakes with salami or tuna mayo (we carried a jar of mayo!).  Now we weren’t climbing mountains (but the trail has a lot of up and down), but this trip really made me think about a rigid hardcore focus on food, which after all is often the highlight of the day.  There is somewhere between a packet of Ramen and a gel a day and honey porridge and non-dehydrated Thai Green chicken curry, but where that comes down to you and your belly.

Note: I had an interesting message after posting this about Huel a powder that has “all the proteins, carbs, and fats you need, plus at least 100% of the European Union’s “Daily Recommended Amounts” of all 26 essential vitamins and minerals​. So you know you won’t be deficient in any essential nutrients.”, so maybe check that out.