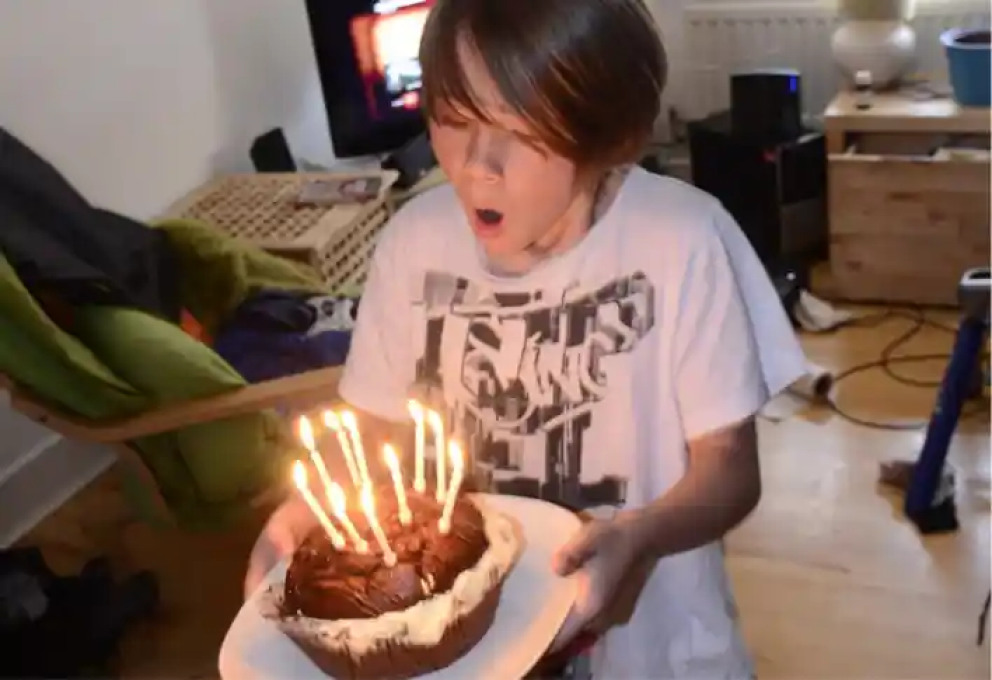 Last nights talk at Norway’s Fjell film festival - an awesome event staged in the Jotunheimen mountains (the ‘gorms on steroids) went well (even if I say so myself) - which is a relief - and it seems that the Norwegian sense of humour isn’t that different to ours (my joke about sticking my dick in a toaster seemed to work anyway).  The only mistake was I ended up looking at the wrong clock and was told I had fifteen minutes left - when I thought I had thirty.

Somehow I crammed it all in, although doing so didn’t help me stick to my instruction to ‘speak s-l-o-w-l-y’.  It was the first time I’ve ever done a ‘This is my life’ kind of talk, and it was actually pretty interesting, standing back and talking through it.  I was surprised how much there was, and most of it in a pretty short space of time (probably from the age of 25 to 35).  Seems the bottom line is that in everything I did as a young climber (apart from rock climbing) I pushed very hard, and very fast, and that’s the reason I got into so much trouble.  It was as if I thought I didn’t have the time to do it the ‘right way’. It’s only now as I get older that I actually recognise my impatience, and that the right time is always yesterday.  Back then I saw myself as laid back, but the truth was I was just horribly ambitious.  I guess I still am, only the older you get the more stuff gets in the way of that ambition.

Even though the talk went really well it was a strange day.

Slept in my car, which is really turning into a bit of a dive, sleeping crammed in next to four hauls bags, a portraledge, overflowing food, bits of clothing, computer leads and camera stuff.  It reminds me of the time someone asked me how I knew where anything was when I lived in such chaos.  “It’s easy” I replied “- it’s all on the floor”.  I think I’ve been on survival mode for a week (4 nights sleeping in the car) and probably need to chill out when I get to Romsdal - treat myself like someone I care about.

There’s quite a bit of snow on the mountains, and there were some big icicles dangling close to the summit of a mountain I went up yesterday (don’t know the name, but it had a glacier), so I’ve been a tad worried about the temperatures on the Troll, as I thought it would be summer here still.  I’ve been told it’s actually going into winter, and all the high huts close today.  Not too worried about the Troll, as it’s lower and I do have enough kit for a quasi winter ascent (apart from having no crampons or axes). That’s the reason I slept in my car, to try my double Buffalo sleeping bag (I’m using a buffalo bag so I can guarantee my warmth even if wet through).  Anyway, it passed - in fact, I was two warm.

I’d often heard of Brits going out to Norway, meeting a woman, and not returning, and now I can see why.  Unlike most festivals, seventy percent of the people here are women, and all young and good looking.  I came off the mountain and walked into the festival and it was like a Woody Allen film, where a dorky bloke gets lost in mountains and finds a hidden valley full of outdoor babes. Actually, the men, the children, even the pets were from good stock, which is actually pretty depressing really.  Any red-blooded male would soon find the number of women to fall in love with dizzying, but then a funny thing happens, all of a sudden being beautiful is the norm, and your brain just stops noticing, and it’s only the less perfect that stand out, and they are the attractive ones.

Yesterday coming down the mountain, down a knee-jerking trail, every person I met coming up was a blond woman in their twenties.  After about the twentieth one I stopped her and asked ‘excuse me - am I on the woman’s only path?’.  I think she just thought I was a bit odd and said ‘no’ and carried on up.

The best news of the day was Karen getting her second bronze medal in the world champs - the biggest race of the year, being only 20 seconds off the American in the time trial (I highly recommend reading Karen’s blog Beat the Yankee on the subject).  It’s amazing seeing a person evolve, to take control of their destiny and have the faith to just give something one hundred percent.  I’m sure talent, genes and the people you know must play a part, but I think if you can give 100 percent to something you want, then it’s yours for the taking.

It was my son’s birthday yesterday (being born the day before September 11th means I never forget,  although ‘9/11’ has misled me into thinking it was on Nov the 11th).  It’s the first birthday I’ve missed, something I feel profoundly guilty about, which I guess has put a cloud over the day; my ambition getting in the way again.  Children are probably the chief speed bump to any ambition, causing you to slow down on their behalf.  It’s easy to tell myself that it’s just a day like any other, and that we both went out and had a nice day before I left for Norway, but still he’s my son, and I know he should always come first, and that all though he say’s he doesn’t matter, I know it does and he’ll always remember it.  The only thing that I feel justifies going is that sometimes as parents we wrap up and put away all that we want, and we live through our children, and sacrifice everything for their happiness.  In a way, we stop growing as we once did, and we put all our energy into them and grow still, but through them.  I wish I was a normal person, but I just need to feel myself grow as a person as well sometimes, and that’s why I’m going to the Troll wall. Maybe I just need to feel that youthful ambition again, to feel what it is to be a little crazy again and feel that ambition take control.