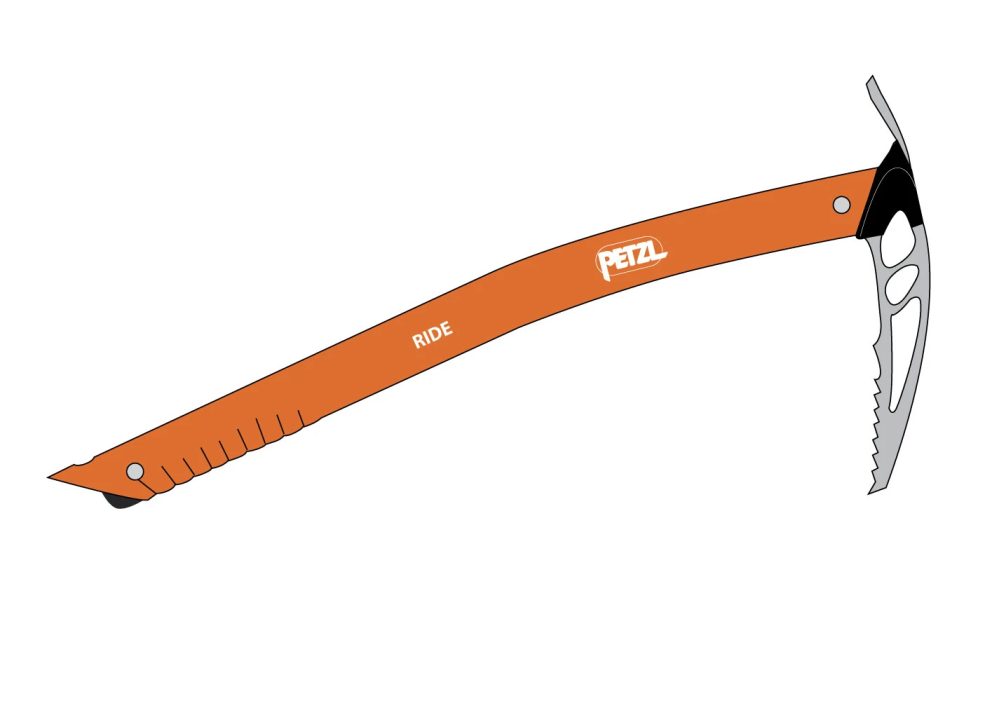 I learnt to ice axe arrest when I was about fifteen, a five-minute lesson on some winter hill near Ben Nevis. It was very basic instruction, given to me and my brother by my father: slide on your ass, roll over onto your axe, stop. There was some conversation about which way to hold your axe, pick forward or pick backwards, but my dad being my dad, he just said don’t worry about it.

I had a refresher on arresting aged about twenty-two, this time in the Cairngorms, also by my father, upon the Great Slab. I just wanted to go climbing, not do all this boring hill walker crap, but he was adamant we had to do it.

The teaching time was longer: an afternoon, and more demanding. Instead of letting us slide down on our arses, made us go head first, on our back and front, then sideways and spinning. He made us bend over, then kicked us down the slope, so we were already going at speed before we knew it.

It seemed more like rugby than mountaineering training, plus – unlike how it’s usually taught – it was scary, as you weren’t sure if you’d stop; it was not just going through the motions.

He even had us try and ice axe arrest without an ice axe, going up onto all fours, like a cat.

What stuck with me most, was that axeless cat break, which seemed like a non-linear approach to a problem. It was not instruction, but making play out of something that could kill you, which is how creatures learn in nature; lions don’t sit exams, but playing at being lions.

I also learnt that day, that the chance of a classic arrest was slim, that on steep ground, only reacting instantly could save you; react or be gone. The best way to save yourself was to focus 100% on not falling.

It’s hard to separate the parent from the instructor, but as a teacher, he was always one of the best, as nothing was ever just ticking boxes or following instructions. He wasn’t telling you what to think and do, but how to think about what had to be done.

I guess I’ve used the cat technique many times since, on approaches to routes when I didn’t have an axe, often without even thinking about it, those little slips in your approach shoes or rock boots, that only seem dangerous in retrospect.

And I never did fall off, well not until this year, forced to downclimb the final pitch of the Headwall on Denali, the fixed ropes buried under the winter ice.

In the ranger report of the accident, it would have put my fall down to wearing size 14 boots on size 9 feet, that the inners had been replaced by slick and slippy Wiggys synthetic booties, which gripped neither the outer boots or my vapour barriered feet. It would have said that in my fall I’d pulled off Vanessa, and we’d tumbled down the slope below, and that at minus 40 degrees C, even a small accident, far from help, was terminal.
And so, in the dark and the coldest cold, aware of my boots, and trying to use French technique, I risked stepping onto my front points, and as I did so, my boot slipped off my heal, and I was falling.

And in that instant, I was right back on the Great Slab: feet up to stop my crampons catching, knees and elbows digging in, shoulder pressed into my axe, double mitted hands gripping tight; back; no time for fear; just the ripcord signal that I was falling and its canopy reaction.
I stopped. I looked up; my headlamp illuminating a cheese wired line in the ice, pick thick, stretching upwards for twenty metres.