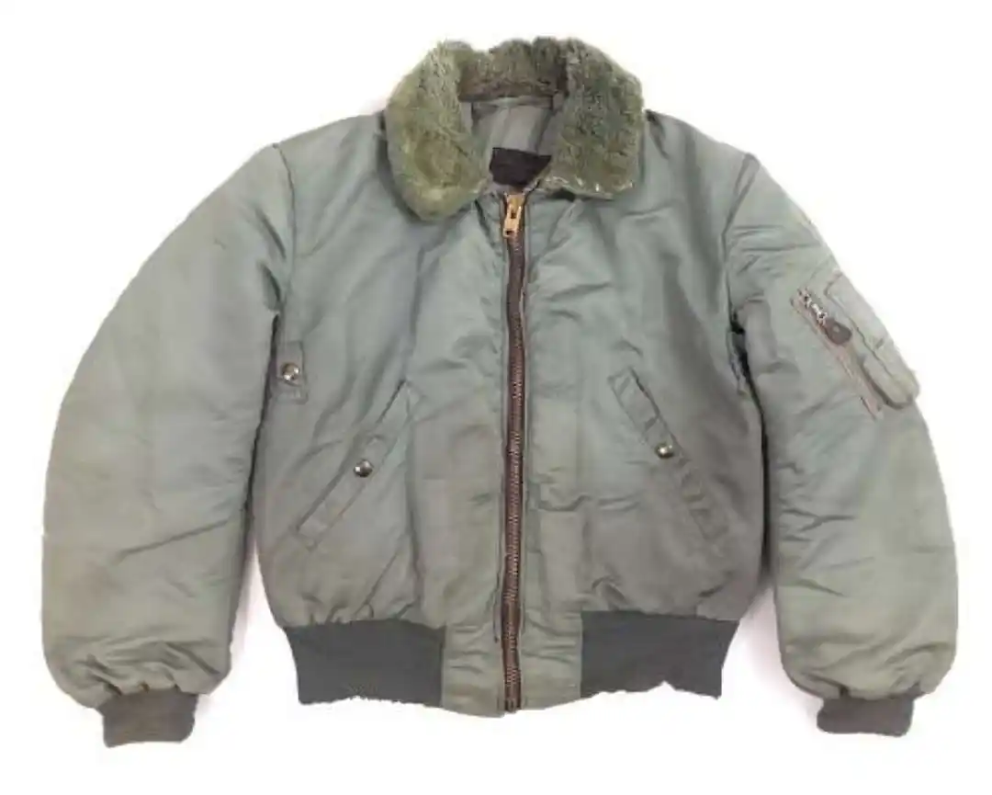 As unpressurised aircraft flew at higher and higher altitudes during the 1930s, pilots and aircrew adopted heavyweight sheepskin suits to stave off the cold. These were heavy and cumbersome, especially when body armour was added by US bomber crews during WW2, and could make it very hard to move around an aircraft, especially if you had to bail out (you would be fighting high G and carrying a parachute, body armour, and a sheep!). The B-10 and later B-15 Flying Jacket and trousers were designed to offer a lighter weight - and perhaps lower cost - improvement, as it could be more easily mass-produced (America had 2.4 million airmen and 80,000 aircraft in 1944).

The B-15 featured a wool alpaca lining and a twill shell, which had been developed for heavy-duty use in football clothing, made from a 100% cotton warp (fibres than run in a longitudinal direction), and rayon weft (fibres that run in a latitudinal direction), creating a very tough and windproof shell layer. It’s interesting to think how this jacket was probably the foundation garment for almost all modern casual jackets and coats, with nylon and polyester replacing the cotton/rayon, and high loft synthetic fibres replacing the wool liner.