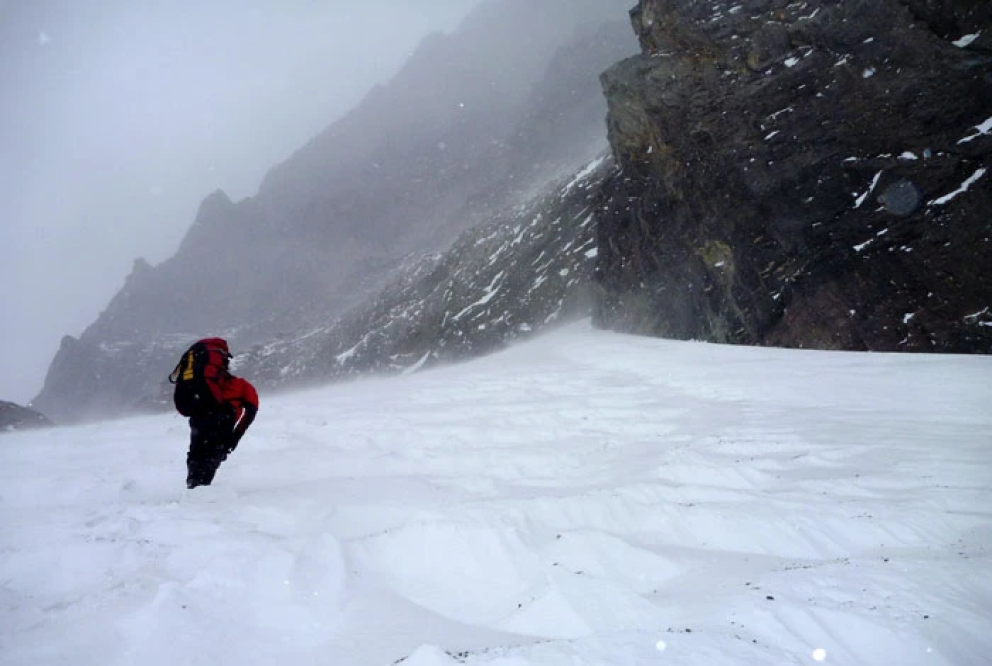 Told this morning that we’d not make it to the eiger due to a metre of snow. These words came from the ticket salesman - so what does he know!  Anyway he was right that there was a metre of snow, but not that we wouldn’t make it. And so after a fair slog in thigh deep powder and breakable crux, we’re bivied below the Harlin. We had planned to go up to the first band, but decided that it would be better tomorrow (best not to get shafted on the first day). And so were perched on quite a drop in pauls little bibler tent contemplating what tomorrow might bring?