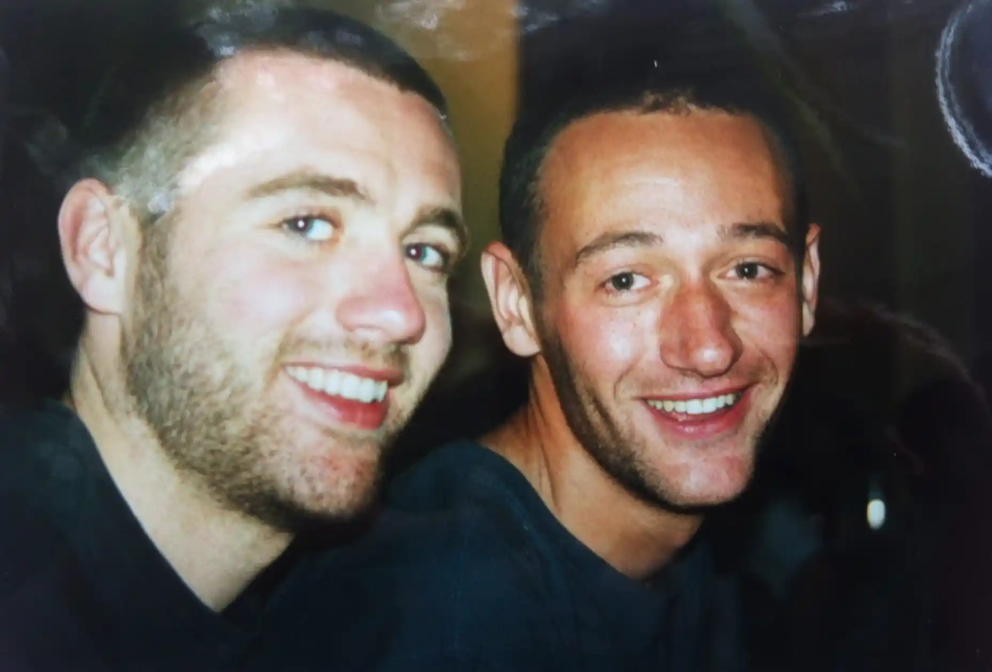 I saw the picture of Ben on Facebook, bent down with two little kids (talking at their height, not his), face a little older than I remembered – but still open, warm –  framed by brown curly hair that betrayed the soft spring of the man. I wondered if they were his kids, but it was hard to tell; Ben was one of those people who could connect with others, from big to very small. I guess I should have known if he had kids, but Ben was one of those Facebook friends we all have, the ones who pop up once in a while when you’re trying to work, a bit of a distraction reminding you that you once had more than a Wi-Fi connection, a connection that is now defined by the click of a mouse and confined to a ‘like’, knowing that their life is going on elsewhere.

I’d once spent a few days climbing in Wales with Ben – wet days, stormy days, days when only fools would go climbing; those climbers and their fool climbs the types who seem intent on providing practice for busy mountain rescue teams, where you’d then hang your head in shame like a child and admit you knew it was not a good day to go on the hill.

We’d climbed Bristly Ridge, tea and warm jam doughnuts in our bellies from the old ‘Ogwen Café’, the wind pulling at our rucksack straps as we climbed, puddles vibrating, dinosaur steps (Vibram boots skating on the slick, soapy footholds), and Ben cuddling his camera like a baby, trying to capture the moment’s in-between gusts. We slid onto the summit of Tryfan and sheltered down in the gaps, down in the trenches where the orange peel rotted, the wind rolling back and forth over the top. We looked at each other with water dripping off our noses, the hot tea now cold piss on the rocks, we looked to see if either would call it a day, to go and sit in ‘Pete’s Eats’ warmed by a pint of the hot stuff and a plate of chip fat (congratulating ourselves at doing the right thing).
But we didn’t (probably because neither really knew the other).

Instead, we stood up under heavy fire and crawled to the edge, dropping down the rollercoaster of blocks and walls, down along the stone wall, and up, up, up to the ridge above, staggering arm in arm to the moat of Castell y Gwynt, hosed down and blown up all the way. Backs to the wall we decided not to push down or along the ridge, but stick to our plan; slipping in under a stone, down into a slimy toilet hovel through which the wind sang, we pulled out our bivy kit.

We sat there, clammy, Ben holding the JetBoil between his knees, me the milk and cups, talking in-between mouthfuls of Mr Kipling apple pie, foodstuff akin to S&M but without the pleasure payoff.

Bivys are always an opportunity to get to know your partner, and on many trips, any real conversation, story or idea, is often saved for ‘the bivy’ – part time-wasting, part squalid confession. I must admit that being stuck with a climber in such a place can be grim, especially a good one, the elite or super-elite. It’s not for the cold or the anxiety to determine what tomorrow may bring, but how often climbers can be plain boring – no interest in music, film, art, politics, gossip, garden gnomes … just holds.

Ben was different. Climbing meant something, but not everything, it was a picture on the wall, not the wall itself. We talked about the world, trips that we’d been on, trips we wanted to do. We talked about what we loved and what we hated, books, people, ways of seeing, ways of being. And then, when we’d talked enough about that, we’d talk about climbing.

The next day we descended, the weather still served up as shit as can be, a day when you understand why the locals escape into a bottle, or try and prick the reality with a needle. When we reached Pen-y-Pass it felt like the South Col, the door to the youth hostel banging, the sign outside, flat drunk. The plan was to bivy again, up somewhere on Lliwedd, no castle dungeon to hide in this time, just some sloppy grassy bed and a sweaty bivvy bag; no tea, just water and more of Mr Kipling’s fine fare. Sheltered behind the slate citadel of the hostel I looked at Ben and Ben looked at me, no longer quite strangers. “Fuck it” we said, before accepting the door’s invitation.

The next day we left after breakfast (the hostel empty apart from us), passing through the empty car park we made our way up the trail to Lliwedd, the weather no better nor worse than before. I don’t think either of us wanted to climb, but we both knew that we had to. Staying in the hostel was one thing, but not climbing was another, not climbing would be letting ourselves down.

We tramped up the path (a mossy bog), only sure we were at the bottom of the wall when we heard the waterfalls coming down through the clag. If the north face of the Eiger is an alpine test of ice and snow and dark rock, then Lliwedd is a Welsh test of mud, grass and rhyolite, with all the proprieties of slime-covered Teflon, the only similarity being that all the holds slope the wrong way. We tied onto our waterlogged rope and started up.

Below that photo of Ben on Facebook were the words: At the weekend we lost our beautiful friend Ben Winston. This photo is how I will always remember him.

People die all around me, but most are on the death list, it’s just sort of expected. They take out a bullet or two, stick the barrel in their mouths and pull the trigger: click, click, click. But not Ben. Not Ben with his kind ways, his kids, his springy hair – a life beyond climbing – so much more to do, so much to say, what he had to say worth listening to.

In Ireland, they often say “it’s drying faster than it’s getting wet”, which I love. I love the way some people can be so optimistic in the face of reality, that where some (at the first ‘spot’) would retreat for ‘indoor play’, others would stay out and play on the foolish – who accept no excuses, not rain nor darkness nor wind – not anything. Such people (rare people) cling on, they hold on tight and don’t let go. Ben was one of those; he hung on because he knew the value of it, that no matter how dark or how stormy, if you stuck it out you’d be there to witness the change: clouds thinning out to a view, the whole world at your feet, for your foolish eyes only – just as it happened for us, there on the summit of Lliwedd.

Ben’s obituary on the BMC website. Ben’s words and pictures can be found on his website at www.benwinston.co.uk.