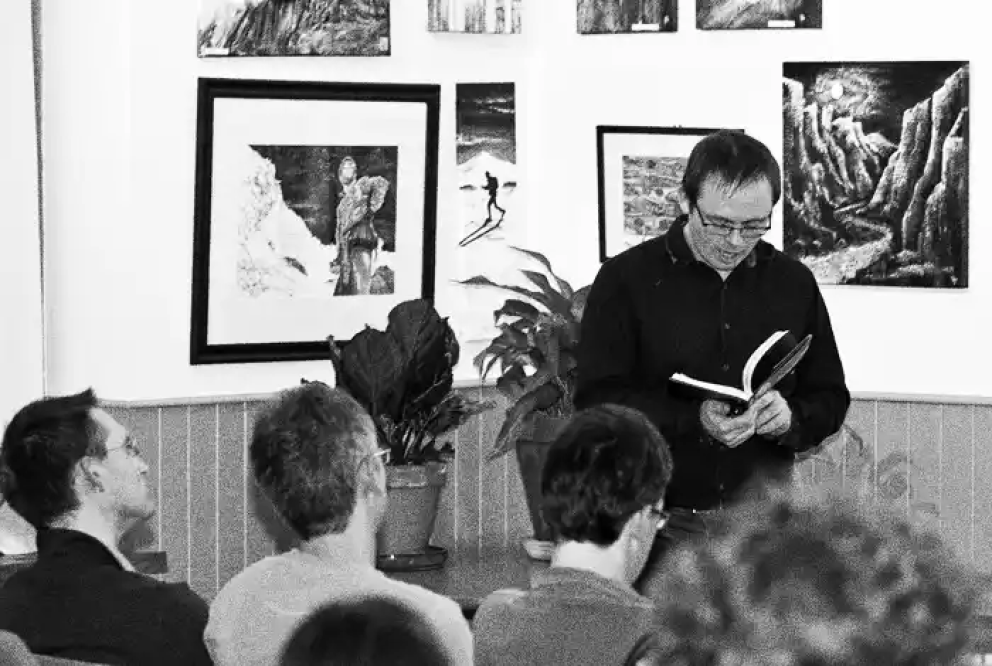 It was the official launch of Cold Wars last night (I know it’s been in the shops for two weeks), which meant I had to do what I hate most: standing up and reading in public.

I’ve always hated having to stand up and read in front of other people, especially something I’ve written myself, as may read well in the head, often makes no sense when spoken (a good reason for reading out loud what you read when editing).

Luckily Ed Douglas (who introduced me) did a good job of editing the book, so most of the bits that were crap had been scrubbed (still noticed some repetition).

Anyway, it went well (I think) with loads of people I haven’t seen for donkey’s years turning up (probably for the free food).

Afterwards in the pub, Sally, my old boss’s wife (my old boss, not his old wife), asked if I’d been welling up when reading a section about my kids.  “No” I said, “but I was when I was talking about Jean Christoph Lafaille”.

After the do, I went home and have missed out on much of the free food I stopped at my favourite food emporium: The Grande Potato.  I’m doing a lot of training at the moment for something ‘long, cold and difficult’ next winter, so for once, I could buy my usual ‘chilli and cheese’ from Pedro without guilt (eating 3 potatoes and that much chilli and cheese at 12.30 is probably not something Mark Twight would recommend as a good training diet).

I got talking to Pedro (a Portuguese guy with asbestos fingers) about working in shops and dealing with customers, especially when you want to shut and go home and they don’t care.

I suddenly remembered a story about when I worked in Survival Aids in Euston station, and how we were always getting shut down because of IRA bomb warnings (we’d usually lock up and go to the pub - where one time we watched an ex Para drink a pint of piss… great days).  Anyway one day we were working as usual when this policeman ran in and shouted “Quick evacuate the shop - NOW” and we had to all clear the shop (I do remember a lady shouting “I must buy my socks” as we pushed her out the door into a tide of humans making a run for it out of the station).

As usual, we went 300 metres to the cordon (helpfully just next to the pub door), and took our usual positions and waited for the big bang for two hours.  We really thought that this time there really was going to be a bomb.

As usual, nothing happened, and eventually the tape was pulled down and we walked back to the shop

When we opened we found to our surprise a rather upset woman, who’d been in the changing room when we’d all ran off and left her locked in there.  We gave her a pair of socks to say sorry.

After telling Pedro this story it occurred to me, having spent the evening telling tales of daring-do (and daring didn’t), that there are so many stories that have nothing to do with climbing that just get forgotten, memories that fall down between the cracks.