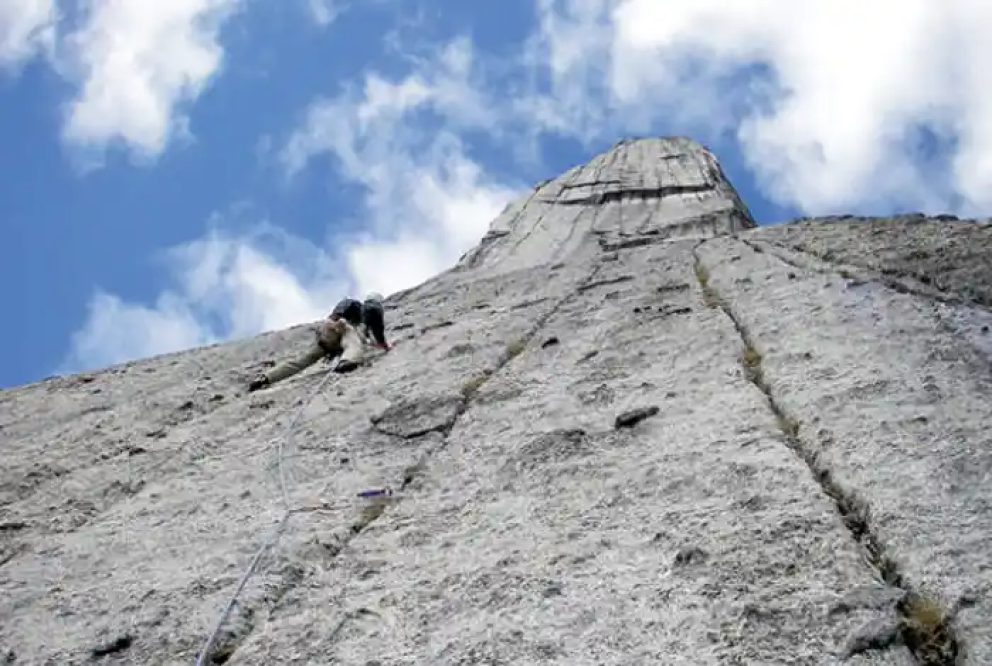 You are not going to know form Adam, however I have read the books, seen your lecture tours and followed your adventures through the usual forms of media.

I am planning a project for next year, it is not pioneering.  However it will be the single most incredible climbing experience of my life to date; which makes it important for me.

Have you got any tips for preparation and fitness training for long routes; other than perhaps the obvious of simply putting in the mileage!

Many thanks for taking the time to read my email and I look forward to hearing from you.

Sat in Starbucks and meant to be writing something else, but I’m writing this instead (just had a big coffee - so it may be rambling!!)

They say that in sport, training is 80 psychical and 20 mental, but when you perform, it’s the other way round, and it’s the mind, not the body that lets you down.  In climbing, this probably doesn’t quite hold up (I think the mind and body are a bit too slippery to conform to percentages), but I guess it’s probably true of the climb you describe.

Let’s start with the head first. Now if I put my sports psych head-on, and pick through your email, then there are two big pointers that show that you’ve already got what it takes to do the climb.

First off many people would describe what you have in mind as being ‘scary’, ‘difficult’, maybe even ‘impossible’, and I expect these descriptions probably lurk inside your head as well (which is good).  The thing is that you don’t use these words in your email, but instead describe this objective as ‘incredible’.  This is a great sign, in that you understand what this means, and welcome the challenge.  Maybe you even accept that you may fail, and just view the climb as something more than a tick?

The second thing is you use the words “to date”, which shows you’re a man of ambition, a good thing, as it’s an ambition that drives most people to go beyond boundaries (or those set for them by others).

Overall you have a very positive mental approach to this climb, which is the biggest factor in pulling it off - that is unless you’re just a deluded over reaching fool!

So for starters, you’re obviously the man for the job, but sending the email could be miss construed as a weakness, after all, if you’re good enough to do this, then why would you have to ask questions?

We all know of people who are time wasters and dreamers, who tell you of their big ambitions but do fuck all about them.  The other day a mate started telling me that he wanted to be in the winter Olympics, and how he was going to enter the duathlon.  Not having my diplomatic head on (I seem to have lost it), I just said “Are you going to do it or are you just fucking wasting my time? What are you doing to make it happen?  Are you going to pack in your job and go and live in Norway?  Have you contacted team GB? What makes you think you can beat a Fin?”

As soon as I’d opened my mouth, my mate (who I know could be a champion) just looked a bit downhearted and browbeaten - like I’d just given him a good kicking.  What sets people who do and people who don’t, is that one would think “yes - he’s right, I’m deluding myself, I’ll never get off my arse and do it”, while the other will think “I’ll show you your fat four-eyed wanker!!!!”  And of course - both are good, and it takes a stronger man (or woman) to put down a dream that will never be realized, but most Olympic champions are probably a little self-deluded.

Then there are people like Tom Rippley, the biggest wannabe you could ever meet (and second-worst speller after me on UKC), a young guy whose ambition overrode any sense of modesty/self-awareness/embarrassment and who would ask the daftest questions, and get flamed by everyone.  He’s the type of guy who at the age of 14 (thank god I only had High and OTE when I was 14) would post something like “What rack do I need for SW face of Everest in Winter?  I remember meeting up with Tom in the North Face car park on a crap winters day a few years ago.  He’d got the train up, and had bivyved about a foot from a turd in his bivy bag.  I’m sure I - like the weather - was a disappointment, but we walked up anyway into the clag and rain and did Tower Ridge in 2 pitches in about an hour.  We set off late and got back to the car with plenty of daylight left, which I thought was a success, but I knew Tom would have preferred a 24-hour epic.  Tom had a vision of the climber he wanted to be, a cross between me, Twight, Bullock, Lowe (all three), Anker, Parnell, and had set about that task (it takes a while to find the best person to be as a climber is who you are).  Leaving him there, stood in the car park, I thought that anyone arsed enough to come all the way to Fort William on the train by themselves (in my day you’d have hitched, but it’s not so easy these days), to sleep in the dirt next to a turd, and climb in crap weather, had what it takes.  I guess him climbing the Cassin on Denali while at uni proves I was right.

On a more practical side (Starbucks is about to close).  Here’s a list of things to take into account:

On a pure fitness note, it’s obvious that getting lots of climbing in is vital, but again it’s vital to build up the speed (have the read the bit in Cold Wars where I climb with Rolo Garibotti?), so doing 50 VS routes on a Saturday, and 30 HVS routes on a Sunday may be much better than 2 E3’s.

Beyond pure climbing fitness you can try and hit your overall fitness by hitting the gym 6 days a week for less than an hour (good luck time training) and doing (alternating):

Throw in some press-ups, planks and pull-ups each evening, and you’ll soon feel pretty invincible!