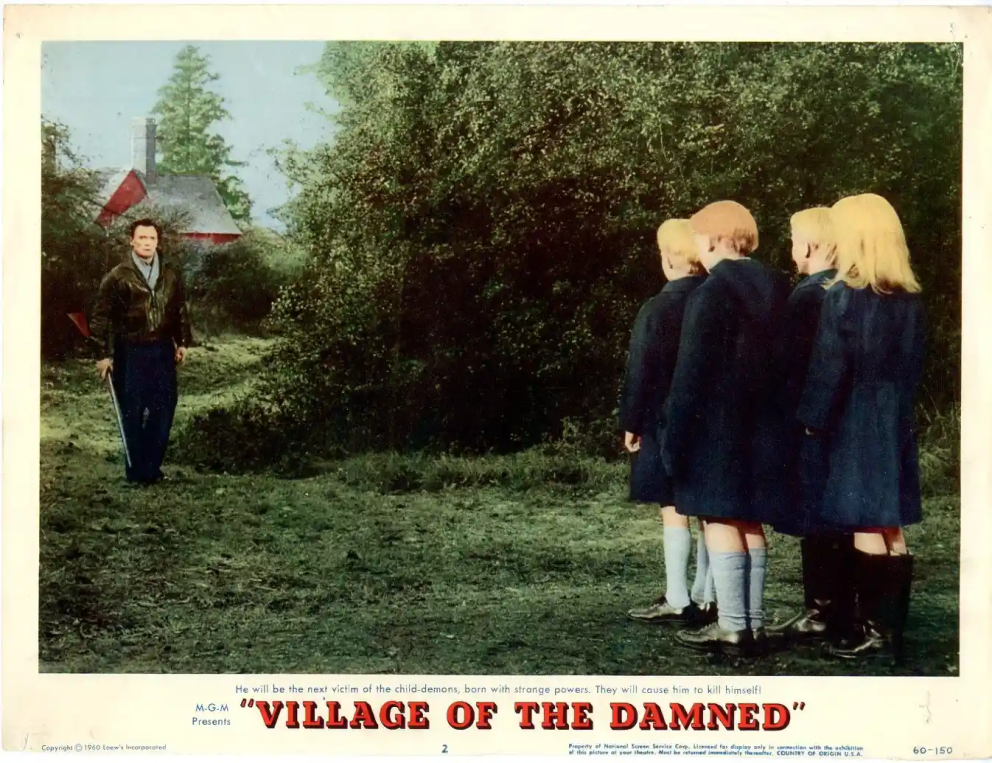 I’ve got a guy living in our house who’s going through the courts at the moment due to a serious assault.  He was punched unconscious by a man, who told him, “I’m a Muslim, I’m not gay” before knocking him out, his crime, that he touched him by accident as he was washing his hands.  This was a homophobic attack, even though the guy in question isn’t gay.  I guess this has focused my mind a bit of late on the subject of homophobia, coming too at the same time as Dutch politicians have been holding hands, the currently trending hashtag of #allemannenhandinhand engorging the Twitterverse, a campaign in solidarity with two gay men beaten in Amsterdam.  As anyone who follows me on Twitter knows I’m really interested in identity politics, which like religion, betrays somewhat our ape insanity, and this story interesting is interesting due to its blue on blue nature.

The two men were attacked and beaten (with bolt cutters), while walking home a few nights ago, their crime being gay and holding hands.  For a single homophobic attack, where no one was killed (I saw no hand-holding for a man killed in a gay pride parade in Israel in 2015), this worldwide outrage seemed strange, this mass of hand-holding, social media full of straight men demonstrating they’re cool with gay people, showing of solidarity with the Dutch LGBTQ community a little staged.  Whenever you get big stories like this, politicians talking about gay marriage or trans toilets, you know they’re sucking up the media oxygen of something else, like a war or something.

The #allemannenhandinhand campaign has followed is the same old path, a little narcissistic, a little self-congratulatory play, a serious event followed by vigils, hashtags, photo calls, maybe a small or large march, things that are of no good to anyone, just filling up social media with more pointlessness, grist to the media mill.  “But what about solidarity!” you may cry, well I just think it’s social ambulance-chasing, better just do a whip-round to buy the guy some new teeth instead of changing out your profile picture.

In the attack on the two Dutchmen their original statement was that they were attacked by eight Moroccans armed with bolt cutters, that word ‘Moroccans’ highly charged in the Netherlands, like saying you were attacked by ‘Brexit voters’  in Highgate.  Now here we have a problem, a sort of blue on blue, two protected groups, gays and immigrants of some kind, maybe also Muslim. Unfortunately in this victimhood Top Trumps although gays score well, being an immigrant and a Muslim scores better, meaning we have a problem.  I guess as is always the case these days, the excuse was given by those in power for attempting the cover-up or sideline this fact is that, “it’s sensitive”.

I once had a friend who assured me that there was no such thing as a gay Muslim, man or women, that it was a Western thing, and that even if such a thing was to happen that that person would be killed anyway.  I found this shocking, as will anyone who sees ISIS fighters killing gay men, and seeing crowds standing around cheering and stoning the corpses.  But then it’s not a great leap when you know that the death penalty for homosexuals exists in the following states: Sudan, Nigeria, Somalia, Mauritania, Iran, Saudi Arabia, Yemen, Palestine, Afghanistan, Pakistan, Qatar, UAE, Iraq, and Daesh.  Did you read in the Guardian last years that an ICM poll found 50% of British Muslim’s thought homosexuality should be illegal, with 23% wanting sharia law, which would make the punishment death?  So what am I saying? That all Muslims are homophobic, my old Muslim bashing?  No, homophobia is in all societies, and to be gay in South America or Russia is extremely difficult and dangerous, and religious zealots of all kinds, Christians and Jews, attack and kills gay men and women for the craziest reasons, a line or two in an old bestseller.

But in Western Europe, we have become incredibly tolerant, and in some ways, the whole transgender thing has made being ‘just gay’ pretty boring.  I don’t think my parents know one gay person, gay people just people on the TV in the 1970s, while now I know dozens, and my children have grown up with gay classmates.  And yet there has been an increase in homophobic attacks over the last few years in Europe.  Why the increase, have people become less civilised, emboldened to hate? I don’t think so, I think the answer is one the media will not cover and is the same reason for an increase in antisemitism and an exodus of Jews from Europe (the Netherlands saw a 71% increase in anti-Semitic incidents in 2014 compared to 2013).  It is the mass immigration of people who do not all share these values, not only not share, but be actively hostile.

Now at this junction some of you will be getting a headache, as I’m being critical of Islam… but in defence of homosexuals… that feeling is blue on blue in your head, and if we were grown-ups we’d not have to make choices about such things.

And what does Islam say for itself, well not a lot, and seems to be happy to express its feelings on the subject in the most negative way, none of which are reassuring, the Quran not a book to be interpreted, being the direct words of God after all (and we know how much God hates gay people).  By far the best defence I’ve seen came from Maajid Nawaz, that “Colonialism taught Muslims to be ashamed of many things, including sexual orientation”, something I call taxi driver logic (I’ve talked about Islam with many Muslim taxi drivers, which maybe accounts for my views somewhat).  So it’s our fault. Great.

But my point here is not so much about Islam’s view on homosexuality, but our defence of Islam.

Do a search for Peter Tatchell, one of the great fighters for gay rights, both in the UK and internationally.  Read about his views on multiculturalism as it relates the gay people and the treatment of gay people within Islam.  If you dig you’ll also see he was branded a racist for his views, to dare question the imprisonment, torture and murder of gays in Palestine, being de-platformed, even called transphobic.  To make a study of Tatchell’s crimes give some insight into my point.  It lifts the lid on things.

But homophobic attacks are still rare enough, but what worries me are that there are things are work, especially in Europe, that wish to deny people the truth of what’s going on, both state and media withholding information they deem too sensitive to your delicate ears, that inconvenient truth.  The press is failing us, proved by doing a little digging about stories as soon as they leave the front pages.  I spend a great deal of my time reading the news, like twenty percent of my day at least, and what it tells me is that one story is propagated to every source, that it’s rare to find anyone but a single source.  When you read a lot of news you begin to see the patterns within it, what’s really being said, how stories are built up over days or months.  The current trend is for air pollution stories, drip-fed in many forms, in place for some big announcement in the future, as an extra tax on diesel etc.  There are people out there whose job is to use news like they use pages in Vogue or the Sunday magazines.  When you consume a lot of news you get parched of real information and so search the what was the extremes of the web or Youtube, places where once only men with tinfoil hats lurked, but now millions of people.  Here the truth is their first hand, not filtered or fed by career journalists who have mortgages to pay.  People may scoff that such places offer any insight, but I remember on this blog writing about British death squads in Afghanistan a year before the Guardian broke the self-same story.  The truth - well its fragments - is out there.  But now governments are devising ways to deal with this rouge media, fines for ‘hate speech’, fees for streaming, accounts suspended, the removal of advertising needed to maintain content.  When someone of no importance like @pewdiepie gets taken down by the mainstream as being a hate preacher you know on whose side the media stand.  What is also most sad is that when most consider that Brexit and Trump are a result of the media losing grip of the rains of that control what people think, I think 50% of people wish to live back under a ‘safe’ media, where ‘false truth’ can’t rock the sinking boat.  Ah, we’re living in a media age beyond even Goebbels wildest dreams.  I could fill this post with many links, many clues to what’s going on, but I don’t think most people really care - if they really think about it - they just want their bins emptied and for toilets to flush.

But back to the ethnicity of the attackers, which was absent from most reporting, leaving people to paste in some white skinheads, after all, who wants to trigger the question of homophobia within non-European cultures, what a can of worms.  But then today I saw, in this mass hand-holding, each image space better used to ask real questions, that the gay men’s statements had now changed, or been changed.  The attackers, who’d knocked out teeth, weren’t Moroccans, but a ‘mixed’ group’, that “There was a boy with blond hair and blue eyes, someone with a Moroccan and someone with a Turkish background.”  Furthermore now it seems maybe these two gay men threw the first punch, and this poor group of undesignated origin just happened to be out in the middle of the night in a city full of bikes armed with bolt cutters.

How strange to be so specific, blond hair and blue eyes - how odd - fuck - maybe Maajid Nawaz was right after all!