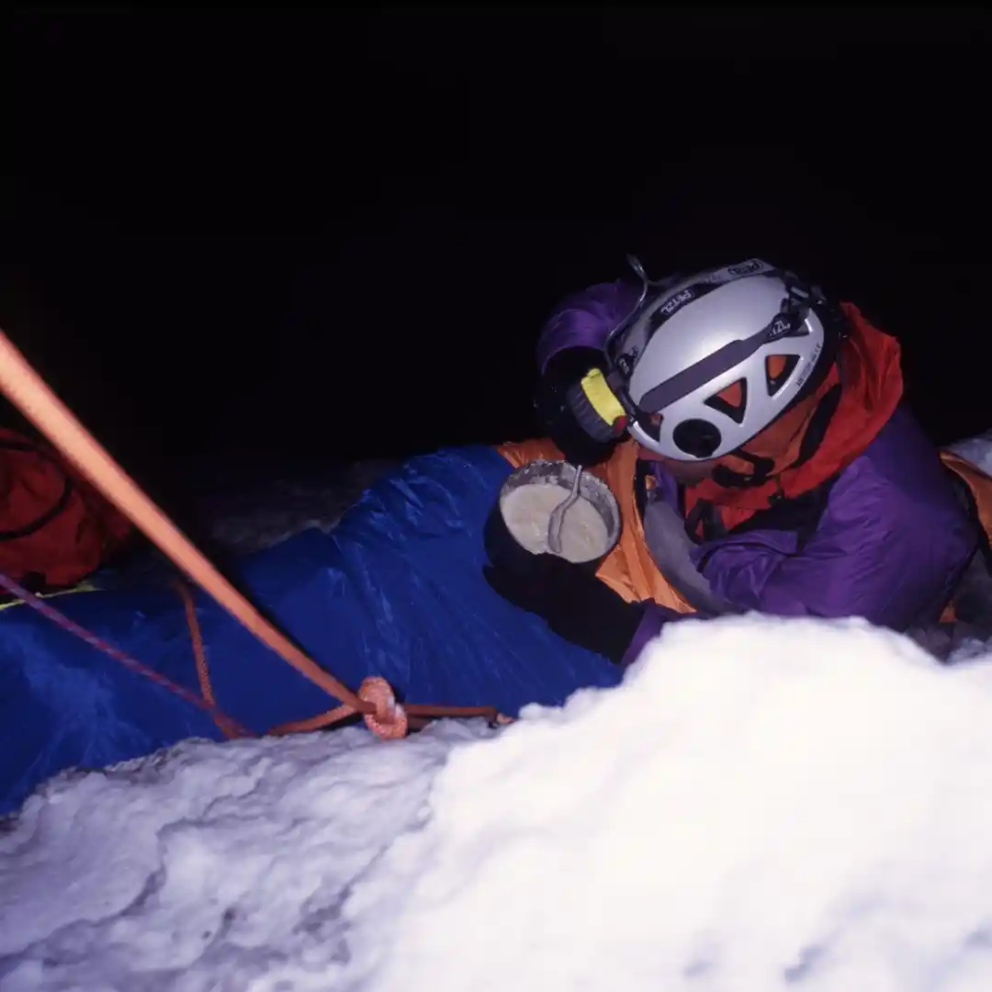 An alpine climbing breakfast is always a tricky thing, and I guess in my early days I fell into the trap of convention. I’d read all those stories of climbers eating porridge, and I did the same. But generally, my porridge munching heroes were not perched on the side of a mountain, be safe – relatively – inside a tent.

Under canvas you can create a comfortable kitchen, weigh and measure out, maybe even produce a steaming mug of tea and porridge at the same time. On an ice face, using a hanging stove – or in this case, an MSR XGK running petrol balance on a piece of plywood – you only have one pan, you’re often being hit by spindrift, meaning you’re trying to keep the snow out of your clothing, your stove, and your sleeping bag. For some reason, even though you’re camping on snow, snow becomes sparse as soon as you start melting it (it goes without saying that you need to avoid the yellow stuff, a mistake you only do once, or twice).

I think on this trip, and attempted winter ascent of the East face of Mermoz in Patagonia, we probably had porridge because porridge was all we had and polenta. Back then, before Chalten became a little Chamonix before they build a tarmac road to the real world, the tiny town was closed down and empty. The Paso was also pegged to the dollar, so everything was relatively expensive. We had an XGK due to the scarcity of gas cartridges, although personally, I’ve come to value the ability of such stoves to work in the cold and be more reliable than space-age gas stoves. By the time you’d be handed your pan of porridge it would invariably be cold, with a layer of snow on top. Add in you might be eating breakfast at 4 am, after a terrible night, the lack of milk powder, you had a 50/50 chance of just throwing it up anyway. Now tend to go for a non-cook option and one that can be eaten in your sleeping bag.