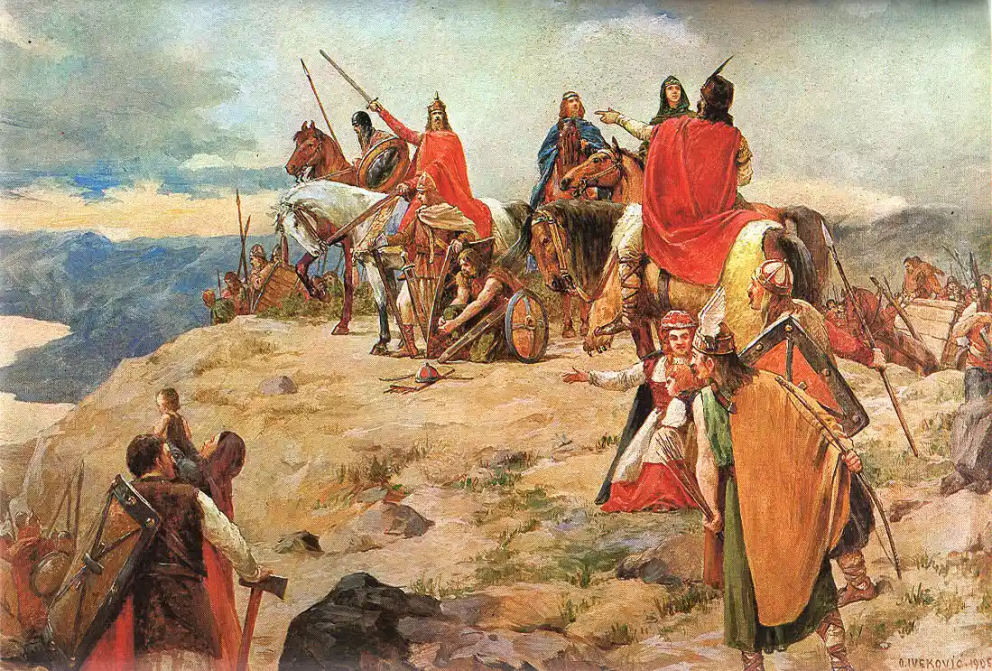 I’ve had this blog sat in my head for two weeks now, rattling around as I rattled around Scotland, from Stornaway to Aberdeen, Inverness to Glasgow, Skye to Dunkeld, Edinburgh to Aberdeen.  Now I love Scotland, love the place, love the people, and once called it home for several years, living up in the Highlands.  What’s more I’m from a bonafide clan.  I’ve many Scottish friends and many English who live there (as well as Poles, Spaniards and Kiwis), and once you break through the often cold exterior of the place, a place of grey pebbledash and chilly granite, of cold pubs and a northern European hard Protestant stoicism, you find people like any other, kind, humorous and warm, who don’t take life quite so seriously as the English, who distrust local and national politics, who do actually like - and take pride - in a dram, like to dance like fools once in a while, people for who going into the hills doesn’t mark you out as being ‘outdoorsy’ only Scottish.  I’ve been in love with Scotland ever since the age of 12, when pushed between the cars front seats for a better view, I saw Glencoe unfold.

But it’s been a while since I’ve been back, too long I know, living now in Dublin, another Celtic land, but one that shares that same sense of powerful poetry of landscape and people and history.

Why I’ve found this hard to write is that what I found on my return was not what I left behind, and although I hope this feeling is only down to the exhaustion of being on tour, my heart tells me not.

It was as if I left that place, warm and aglow, beautiful as ever, its skin shining and rosy, but on returning I found it was changed - but only when I got close enough to see it.  Only now, when I looked closer, maybe my eyes only seeing because I loved it so and because I’d not been there to witness the change, I saw a skin a little paler, hair a little grey, eyes sore with tears, that rosiness and goodness somewhat lessened.

Everything looked the same, don’t get me wrong.  The rain fell as it always did.  But I heard mutterings about schools and hospitals.  People talked about speed cameras and heavy-handed policing, the papers talking about the spying on journalists.  On Skye, a man tells me of a farmer who warmed some holidaymakers that if their dog scared his sheep one more time he’d shoot it, and how an armed response unit drove all the way from Inverness to arrest him.  There was much talk about oil prices, many thanking god they never got devaluation, that the £6.8 billion forecast by the SNP, and used to fuel a Norwegian style economy, based on a socialist and more caring society, anti-austerity, had would only reach £600 million next year, oil revenue down by 70%.  More than one person, those who had voted yes and no, joked that they were now living in a one-party state, the SNP holding 56 out of 59 votes.  It seemed that people, who had seemed content on leaving, were now taking more interest in politics, in fact, everyone talked about politics - well apart from one aspect, one they only shared when alone, or in safe company, ‘Did you vote yes or no’?

I’ve always admired the SNP, who outclassed a labour party who got complacent, that their electorate was bound to them by blood.  Alex Salmond is probably one of the UK’s best politicians, the classic charismatic leader who runs rings around both the opposition and the media (take for example his trap of going to an unveiling of a new portrait of him instead of a debate on Syria - with Salmond there are no gaffs.)  Now I think such a man as Salmond plays a long and complex game, and if I was to be cynical for just a moment he used the most dangerous leverage there is in politics in order to achieve ultimate power: nationalism, Scottish independence - in the short term -  offering him a throne he’s probably kept for the rest of career (and he’d probably do a good job at it).  Unfortunately even a man with so much skill could not overcome a nation, who I think, beyond Glasgow and Edinburgh, are pretty conservative, a mindset brewed in a tough landscape and history.  Offer this up to the Italians, north split from the south, and you’d have a landslide in favour.  But Edinburgh is not Rome, and so they lost.

I knew people on both sides of the line, and to be honest, it was pretty fucking savage, and if there were automatic weapons in abundance maybe we’d have seen civil war, or if not, there would have been blood in the streets, as well as in the campaign offices, pubs, kabab shops and school gates.  The fight got ugly,  and as is always the case when nationalism is let loose and vomits into men’s ears (and women and children), out came anger and hate, that everything was at stake, the future no less, to either march into the bright glory of a Nordic lite utopia, or continue the long and dark enslavement to Westminster.

But the SNP lost.  But worst still I think Scotland lost as well, the country not the country it had been the day before the result, proud and strong and unified.

Driving along, and feeling a sense that things were different, I switched on first ministers questions live from the Scottish parliament.  The first minister Nicola Sturgeon always seemed like a fine replacement for Salmond, clear and strong, and like many Scottish women, not a woman to fuck about with.  I know that many hearing her during the UK elections voiced the opinion that they wished they could vote her in instead of the rest. I felt that the SNP let their side down on entering parliament by not following traditions, clapping, sitting in Dennis Skinner’s seat etc, as this was simply appealing to a sort of base in stink in people, that tradition, although dusty and arcane, were also sacred, that very often we think so much about the balanced ecosystem in nature, but not the one in our society and culture and finely balanced understanding of ourselves.  To fuck around like kids did the SNP no favours.  Back then the SNP seemed to be offering a new kind of politics, so switched on to questions time, wanted to hear Sturgeon in action.

The first item was when Sturgeon was asked by the Labour politician what engagements she had for the rest of the day:

“Later today I’ll reply to the email that Jeremy Corbin sent me yesterday, asking what he should ask at prime ministers questions next week.  The email said, “In just over two months we’ve already achieved so much together”. I think Jeremy Corbin is being modest, chairman Mao is doing even more than me to destroy the labour party” at which point the majority of the parliament laughed.

And so it began.  One of the worse question times I have ever heard, one long tirade of self-pity, victimhood, cheap point scoring and utterly pointless belittling, emotional bullying and fake outrage.  If Sturgeon had been a footballer she’d have been sent off.  Everything was the fault of either the West minster (the great Satan it seems), labour, the coalition, biased media or the conservatives.  By the end, I had lost all interest in Sturgeon as a politician, who admittedly must by formidable, but acted like a schoolyard bully.  This was not the politics I was hoping to hear, but something more Nordic, calm and logical, defeating attacks with well thought out counter-arguments and logic.  Yes, it sounded like a one-party state in retreat and in defence.

But I don’t live in the UK anymore, let alone Scotland, so it doesn’t matter what I think, and no doubt my many Scottish readers will be angry for even calling the first ministers style questionable, but then I am English.

No that didn’t bother me - it’s who the Scotts voted for, they must think the SNP and their nationalist anti-Westminster, anti-English doctrine, one based more on myth than fact, on victimhood and self-pity is one worth supporting, after all, it’s working well for Putin - who’s also suffering a downturn in oil revenue (only lookout for a rise in more overt and right-wing nationalism if the schools and hospitals and systems of society don’t match the rhetoric - the doorstep of No.10 Downing Street is only so big).

No - I don’t care about politics and wish with all my heart the SNP dream shakes off the shitty cloak of myth and shows the rest of the UK how to govern in a new way.

No, what I felt was something else, related but not so easy to spot in a newspaper or on the radio.  All the time I was in Scotland I felt as if I was in another country, not the one I’d left.  Where once I felt hospitality I felt hostility.  Not everywhere, but enough to feel its undercurrent, like when I said English instead of British or Scotts in a talk, and there was a low grumble, buying petrol, bringing up the subject of politics.  Half would not want to talk about it, as if they were guilty of murdering a dream, while others would tell me that the election was rigged, the media and papers robbing them of victory, the ‘English press’ and BBC.  When people talked they did not talk like people who had been in a war long ago, it was as if it was only yesterday, you could see in their eyes - the loss, both the victors who won nothing and the losers who lost it all.  The country, my country, the country of my people, is - and maybe will be forever - heartbroken.