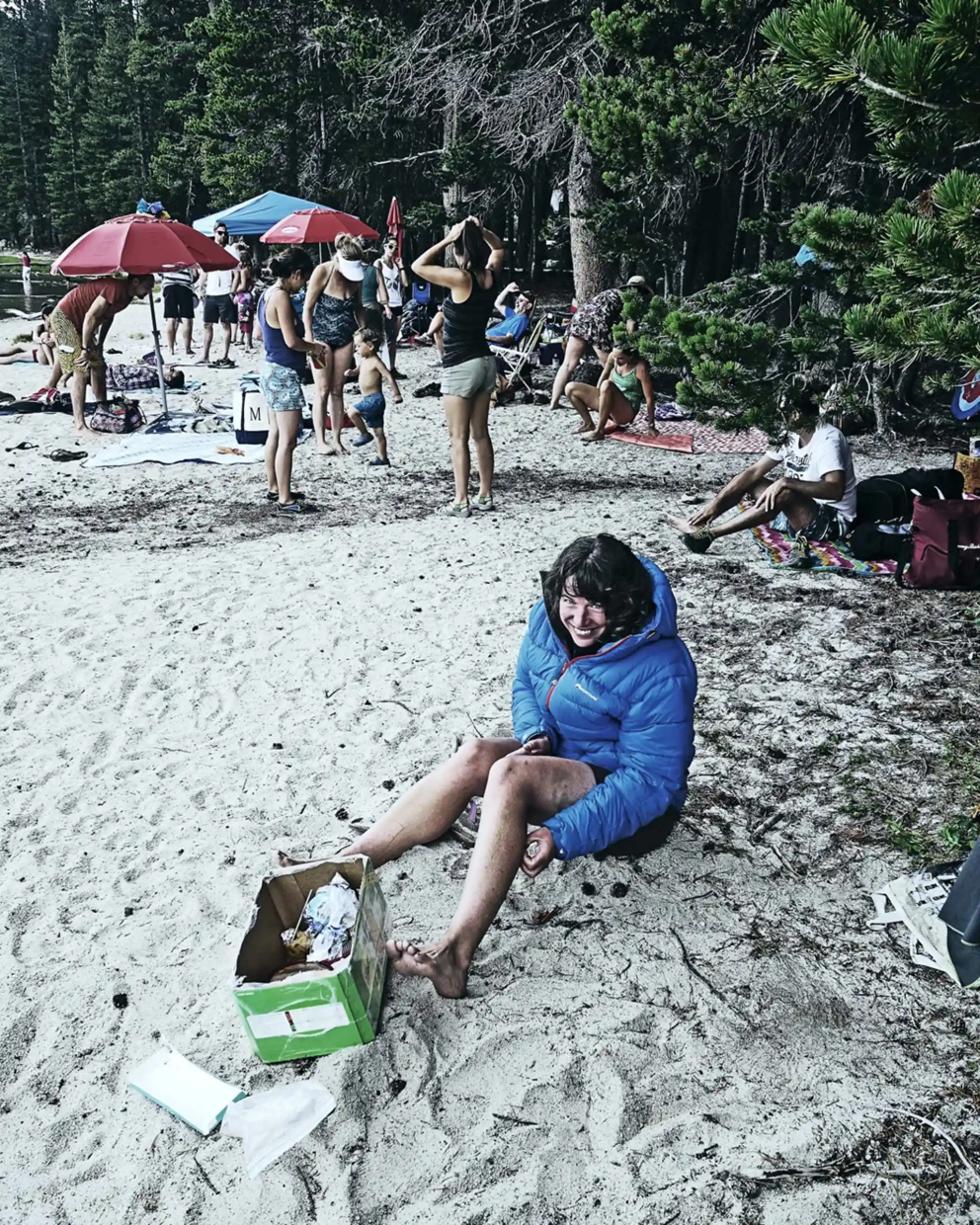 Funny how you find your own words on the web:⁣ ⁣⁣ ⁣“The difference between a pro (well let’s just call them ‘a Norwegian’) and the classic British hard-man, with his arse hanging out, frostbitten fingers and black nose, is they just have their shit together. They have tested every bit of the kit and nothing is new to them. They know their bodies and so have a vast store of coal on which to burn. They have planned out and visualised all aspects of their day, from the smallest detail (such as a flint and steel rather than matches that may get damp, or lighter than my stop working at high Antarctic altitudes), to boiling up all the water each night for breakfast the following day, so they can be away in less than an hour in the morning (the coldest hour). You cannot tough it out in Antarctica, but you can think it out.”⁣ ⁣⁣ ⁣This of course has nothing to do with the picture, although it does show a very cold Vanessa - dressed in a down jacket while everyone else is in shorts - having has just swum across a very cold Tenaya lake and back in October.