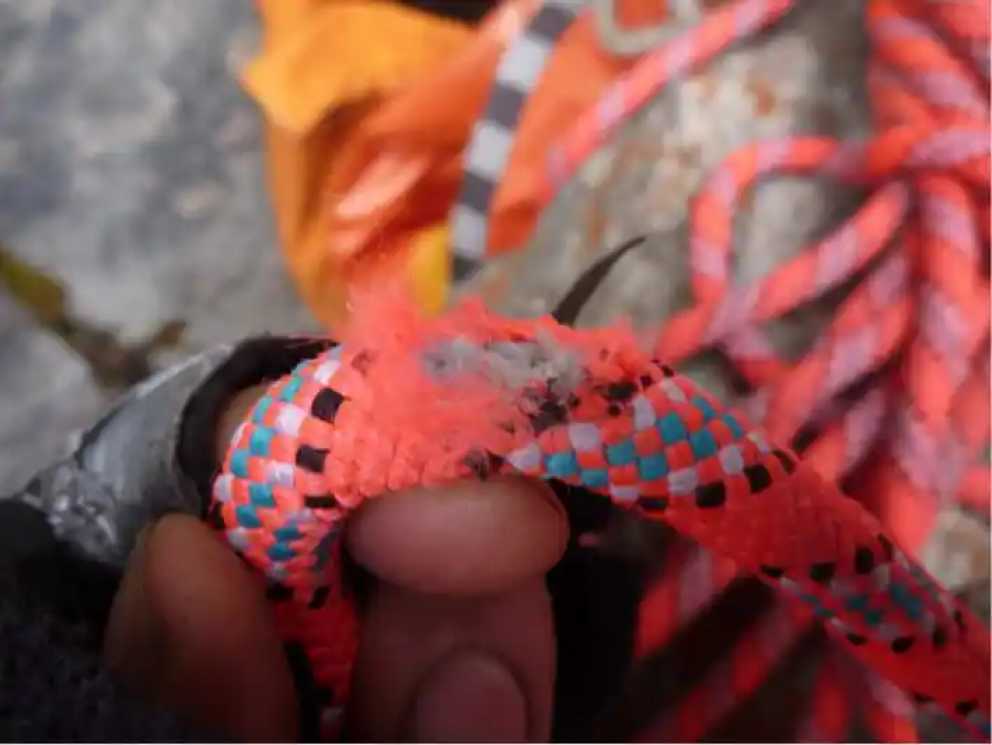 Been checking my ropes every day for damage, as the troll is very rope unfriendly, with loose rock and lots of sharp edges. Anyway spotted that my back up lead rope (I’ve got 2 lead ropes and 2 static ropes plus a 7mm rap line) had been hit. The damage is one core strand and 20% of the sheath, but it’s a thick rope, so a bit of gaffer tape to hide it and it’ll be fine.

Staying safe up here is all-consuming, and it’s a relief to get back to the ledge at night and just let go of the paranoia that grips me every second of the day when leading.  Only did 2 pitches today ( both good quality a2+), and don’t think I can move much faster while staying safe. Even on easy pitches, there’s a lot of checking what the rocks doing, and if it’s a crack is it safe to use. Come across a few sections that were pretty blank, yet yielded bomber gear with a bit of hammering, as many blind cracks are just full of shattered rock.

I’ve also spotted a number of mystery holes, which can only have been drilled by the Russian team who climbed the route a few years ago (they thought they were in the Baltic route). I guess they didn’t have a camalot 4 that’s where the hole was ( the Russians often use removable bolts).

Have six pitches to go and have 3 days of food and water - so it could be close.

Btw found out that Karen won a silver in the Berlin marathon. I wish I could have been there.