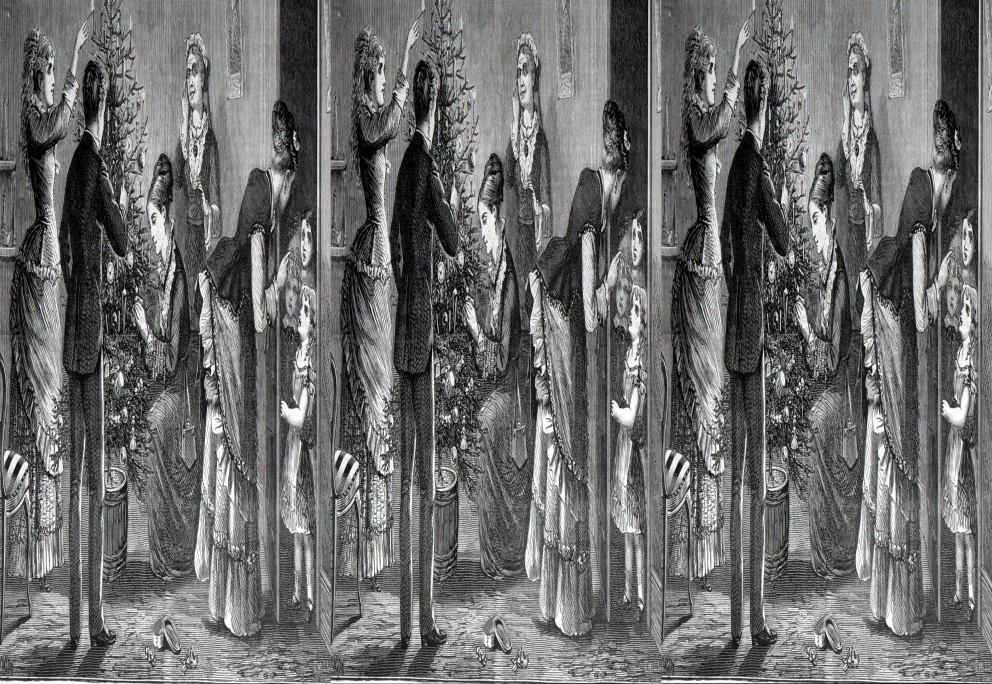 It’s March and my christmas tree is still up, still standing in the corner of the living room, bedecked in glass baubles that glint and shine even under a hundred days of dust.  I’ve been away a lot this year, that could be my excuse - yah - I’ve been busy, traveling, moving - no time, no time.

But that’s not the reason.

I’m a lazy bastard - that’s another - bit more like it - my engagement with where I live confined to prisoner simplicity: bed, bathroom, beans on toast.  I stay out late, coming home after 11pm most nights if I can help it, the night train from Sheffield, sitting in the Showroom cinema cafe so long I become like furniture.  I get in from the train, take off my clothes, get into bed - try and sleep - then wake up, stick on the same clothes, and leave.  Yep - I don’t have time because I’m too lazy.

But that’s not true either.

To be honest I try and avoid being at home, no, not at home, in that house, because that’s all it is - just a house, a place - not a prison cell, but not somewhere I will be staying for long - not a home anymore, although once it was, warm windows thick with the dampness of cooking - of life within.

You see my house - the house I rent, well it’s haunted, not by anything evil, but by the kind spirit of Menna - the lady of the house - past away since christmas.  Her ghost haunts every room, and every object, but most of all her spirit lies rapped and entangled around that god dammed tree, that stands there each night and greats me when I come in.

I stood in the house talking to her last night, her life sounding better than when she was with me, cool stuff, cool work, rebuilding what I tore apart - all she deserves, and just a start, the world yet to wake up to this marvel in their midsts.  We split two months ago, well for the final time, the end coming like a well aimed skipping stone.  When we talk, which is rare, you can tell we both want things to be better between us, because we remained as much friends in the hard times as the good.  We want to be like that again, but that rawness is still there.  The hurt.  The disappointment.  A little anger, the stuff that is often the ingredients of the grand tragedy that is life; the pain that gives all understanding clarity and colour - all poetry and music meaning, to be broken on the wheel of hope - the wheel of love.

“Ella said you might have had a bit of romance” I ask, hoping it was true because it makes things easier, like she has ticket to life and is one less body to worry about, raised from the dead by the kiss of another man.

She she gives a knowing laugh, the question hurtful in a way, when I know how tough it’s been. like in the asking I don’t care, don’t feel a jealousy that we all want from those once loved us when they see them go. “We had a good time” she says, and I feel the stab in my heart for just a second - off balanced -  surprised - until I get it under control.

She always says she meant nothing to me, and so I email her later, and tell her how I felt - that little death - when she told me, that she did, and still does mean a lot.  That I wish she could see how much I think about the good times, how I wish things had gone as planned, happy families - that she is loved and missed by everyone, and is not forgotten, that we say “oh Menna would love this” more than she can ever know.  But then she has the same sickness as me, fails to feel the warmth through a skin thick with the scars of love, is dead to it, like all goodness, when directed at her is just a trick.

Once in the car, driving through Wales, she said I didn’t see her, always distant, always somewhere else, up and mountain, in a story unwritten, with ‘her’. And so I told Menna that when she laughs, she often leans forwards,  as if she can’t control it, tummy muscles tightening, bowing to genuine happiness, and that I loved that about her.  She smiled and looked a little shocked, then turned back to the road.  And she remembers this still - the noticing.

And I noticed so much more than that.  Things I treasure.

Her beauty that made me feel old, and unworthy - yet proud she wanted to be with me. A ‘trophy’ I’d joke, but more than that.

Her perfection and kindness in almost everything, from food, to music, to books, to gifts - a woman who would spend her last penny to show her thoughtfulness.

The way, when I began to cry she would pinch my nose to stop me dead - and make me laugh.

How her capacity to forgive, to love, to care, was both her weakness and her greatest strength - that you cannot be diminished by being good, that only those who saw it as weak lack any understanding of what love really is.

If she was a character in a Hayao Miyazaki film delicate colourful flowers would grown in her footsteps.  She is and always will be the prize.

But still she thinks she meant nothing, but maybe those words are an invitation to prove her wrong, and she has no way of seeing the ghost of her in this house, the ingredients of great meals sitting going stale in the fridge, her books no longer opened and turned, the place where she would sit on the settee, legs curled up, ready to spring into the kitchen when ever anything was less than perfect - now empty.  There is space larger than this house.  It is her.

And that tree - that tree is the biggest ghost of all, so perfect even under the dust - perfect like a film because she chose it - spent ages putting up the glass baubles and lights, taking care because she wished this to be the first christmas of many, that one day, old and grey, we’d remember that tough christmas - and how we made it through.

But we didn’t, and now when I look at the tree I feel that little death again, as it stands there as a testament to a failure of hope, disappoint, my failure to hold onto someone so good for me, too good, a prize, but who just came too soon.  It is no longer a christmas tree, it is wreckage.

“Why did you never write anything about me” she asks before she goes, “but only about ‘her?’” and I say I felt it would only make things worse.  “No, it was because I never meant anything, and I still don’t.”

And so tomorrow, when I get up, put back on the clothes I left on the floor tonight, before my beans on toast, I’ll post this blog, because you do, and always will.

Then I’ll take down your christmas tree.