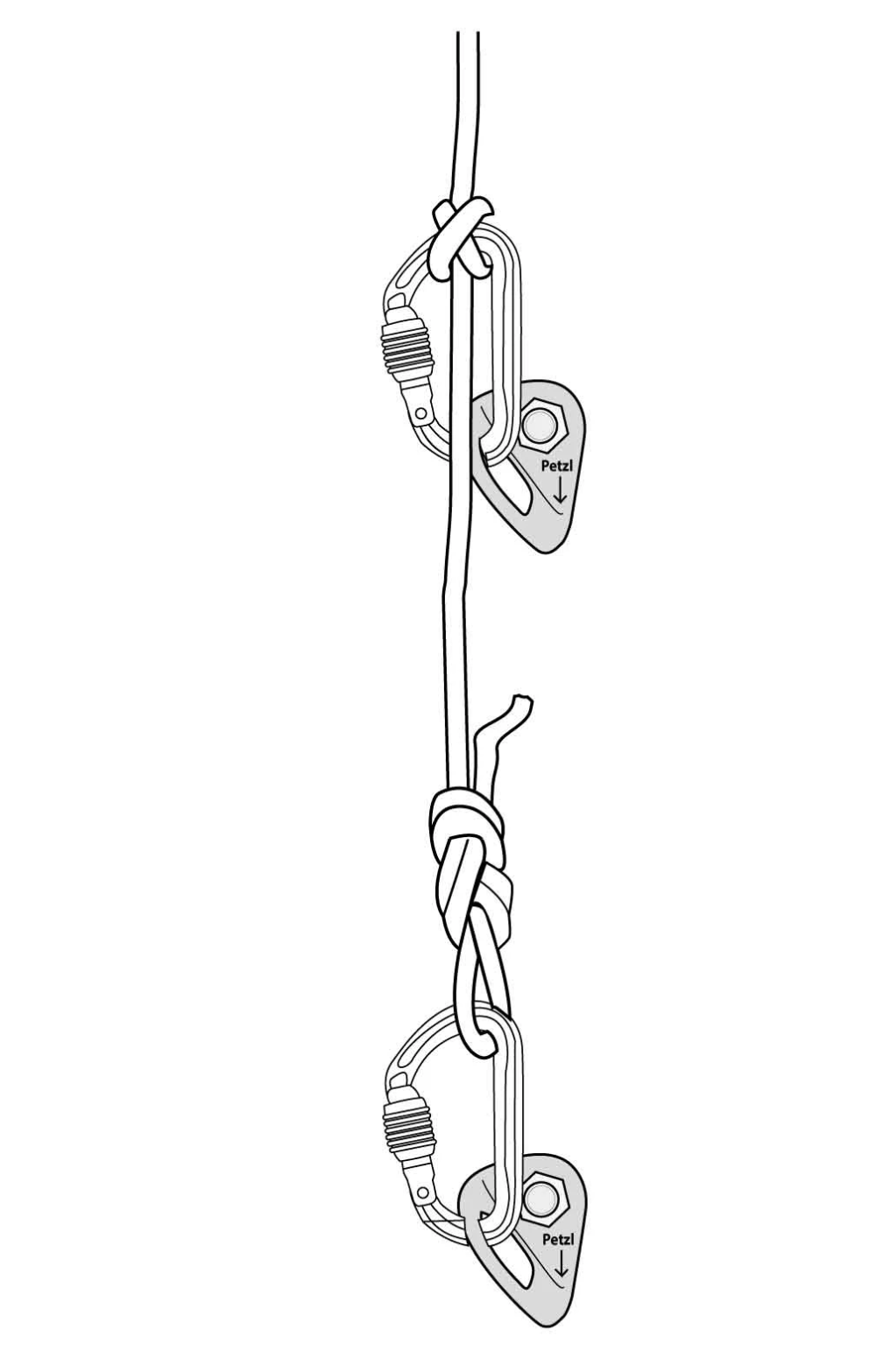 My name is Tony ______ and I have recently taken up rope soloing.  I mainly stick to short (2-6 pitches) routes that are well within my abilities, treating it almost as a free solo.  I have toyed with the idea of trying it on harder stuff, but wanted to test the system to ensure it actually worked in a fall, and get an idea what that fall may feel like.  To clarify, I am free climbing, making several changes to the system you describe in the book (which was a huge help by the way, so thank you for that.)

I found a really overhanging route with a clean fall and I brought my wife along to back me up on a separate lead line, incase the system failed.  I attached a locking carabiner to the bottom bolt and connected the rope via a figure eight on a bight.  I then pulled the rope tight to the 2nd bolt and connected it to the 2nd bolt via a clove hitch (This is where I think I made a mistake).  I climbed a few bolts up and clipped a bolt over my head with the rope solo line.  I then took the fall, until the solo device activated and caught the fall.  I did the exact same thing a 2nd time for good measure.  The falls were harsh (as expected) but manageable.  When I went to take the system apart I found that the rope was damaged (heavy fraying and possibly some burning) where the clove hitch was tied.

If there is any light you can shed on why the damage was caused to the rope, or why the clove hitch is ok for a backup, but not for the bolt I would greatly appreciate it.

Sorry for the late reply!

I’m not a big fan of clove hitches in any situation where they can take very high forces as they have little capacity to absorb any shock at all, plus they can bind in such a way that it does cause some melting on the sheath (this is cosmetic I think). A bigger problem is that the way the knot works you can end up creating a load point out of line with the spine of the karabiner, which is a high impact fall onto a lightweight locker that could break it. Also with most knots, the parts of the knot are interlocked with the other parts (bends and bights), which are all soft and yielding. With a clove hitch, there is no bite, with the knot formed around a solid object, which can be problematic.  This is one reason why I never use clove hitch when short fixing even though it’s probably the knot most often used by American speed climbers, as I think taking a factor 2 fall onto it would not be ideal (often a speed team will only have one biner between the leader and the climber jumaring). Really the clove hitch is best only used for setting up belays, as part of a system, so that the forces are spread around more, not focused onto one weak link (clove hitch strength is around 60-70%).

A better knot to use (I talk about this a lot in all my books), is the Alpine Butterfly, as this is far more absorbent, strong, easy to untie (it won’t bind) and will not be damaged under load. Also if you tie the bight correctly you can get the load to be shared between it and the piece below, creating a two-piece vertical anchor that has some equalisation built-in, will still allowing the higher piece to work independently.

I hope that helps.