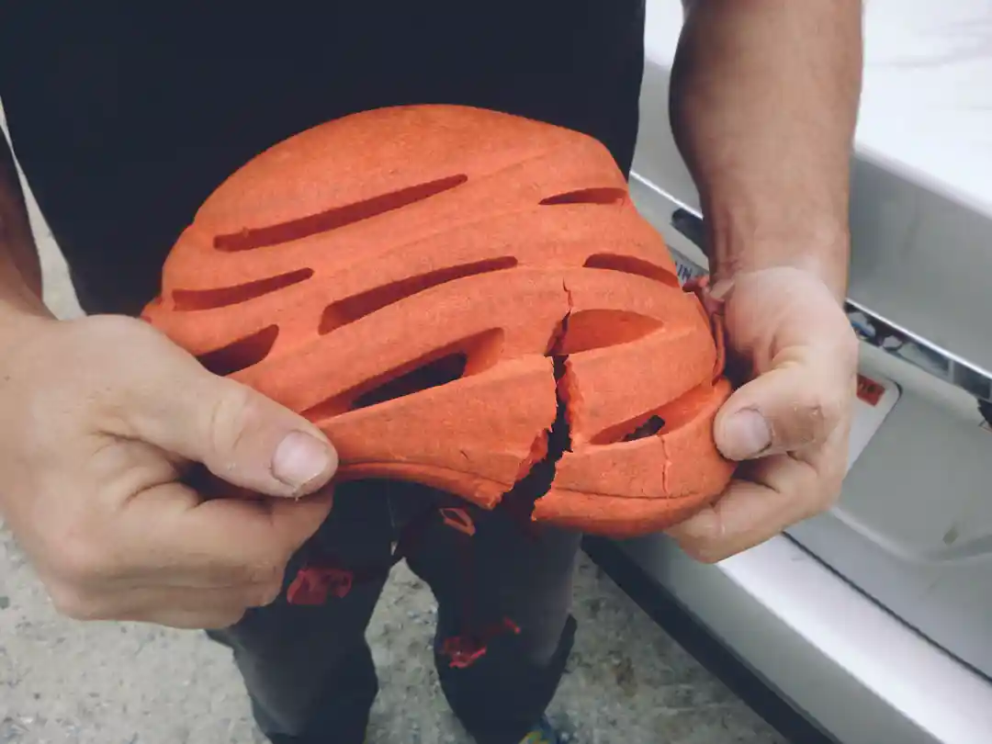 I’ve seen another spike on social media about helmets - cycling ones, the same spike you’d see around climbing helmets once upon a time, before we got our house in order, and did right by generations to come, who’d look to us as role models. Whenever I hear see such arguments, about helmets being a personal choice, I always wonder what it would be like for people to be offered their protection retrospectively - how they would feel, to have that protection offered after the fact - a get out of jail or A&E ward? Whenever this kind of argument comes up - a dumb argument I think - I always think about two people I know who have had brain damage (you never ‘had’ brain damage - you just ‘have’ it). I know many more than two - lots - lots of people who ‘banged their head’ and ‘didn’t get up in the morning’ or if they did - or when they did - they were never the same again - but in these moments - with arguments about personal choice - I think about those two. To have a traumatic brain injury must be one of the worst things that can happen to someone, as, unlike a limb that takes from the whole, with such an injury as this the whole remains, but is not the whole of what it was. I once met a hitchhiker who told me had not only lost who he was after breaking his skull, he also lost all he had been, the person who remained no longer than glue that had bound that life together: wife, children, home, career. It had left him a refugee of himself: “I might look like me - but I’m not”. When I think about these two friends I think about how they had changed and how they were never coming back, friends - without helmets - who had been like reliable and trusted clocks - but in being shaken - still told the time - but never the right time. Best throw a helmet in the bin - not a brain or a life.