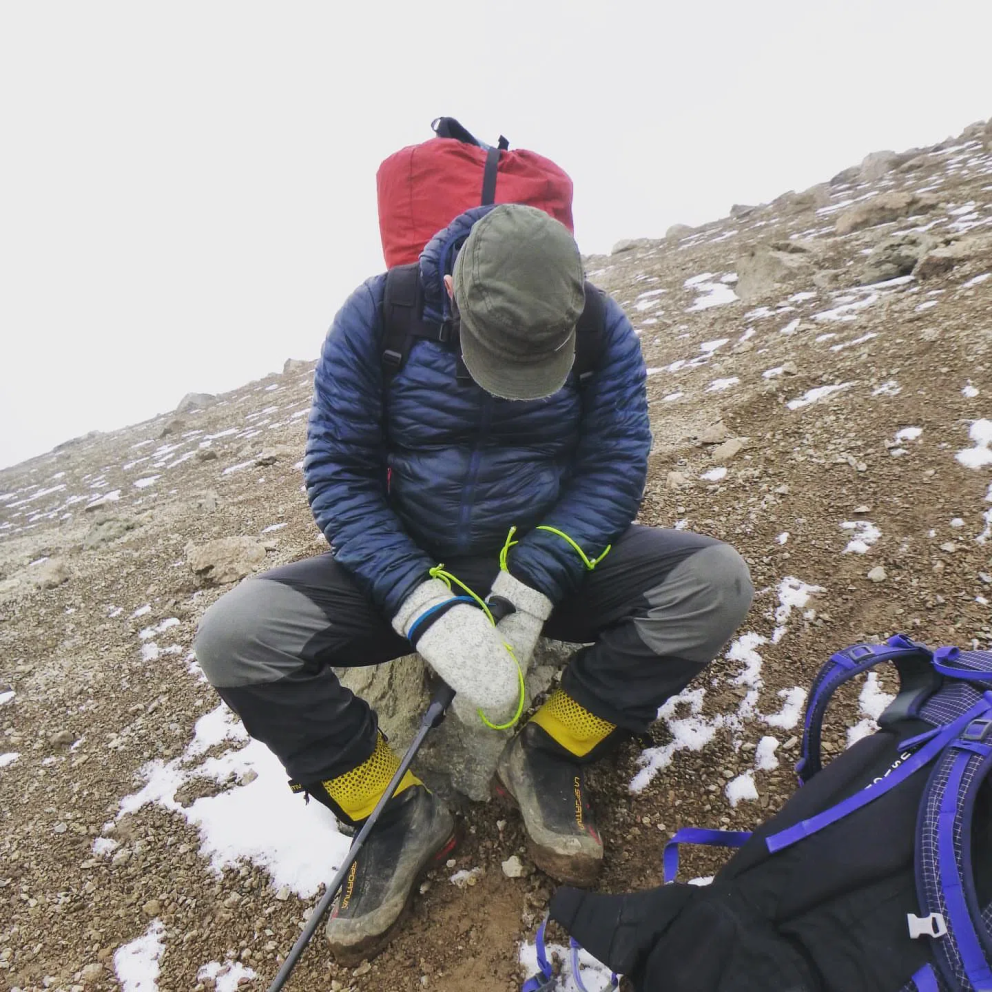 The human body is a strange thing; an instrument that can be hard to read.

This photo is of me, traversing around Mount Kenya, from the MCK hut – where we’d been based for about ten days – to the Shipton hut side. We’d already spent three nights high on Mount Kenya, having tried the Grand Traverse, so I should have been well acclimatized. But here I was, feeling like I had zero energy; feeling as if I was about to die.

A good way to work out if you’ve got high altitude illness is to use the flu test: if you see a $100 dollar note on the ground, but don’t have the energy to pick it up, then you are sick. You can also use the seasickness test: if you want to die, but can’t, then you’re sick; only with HAPE and HACE, you can.

Things got so bad on this day that I allowed Vanessa to carry my rucksack up to the col; so having no pride is another sign.

Did I have altitude sickness?

Probably not. What I was suffering from was something else, no doubt caused by contaminated water, as well as general fatigue. What this meant, was my body was fighting some nasty bug – which I struggled with for a few weeks afterwards – while being tasked with carrying a heavy load around a big mountain.

My point of this story is that we often conflate high altitude illness with other issues: carbon monoxide poisoning, lack of sleep, poor calorie intake, and so we neither deal with the underlying problem, nor learn from them, but lump it all into high altitude sickness.

Instead of reducing such risks: better sleep hygiene, resting longer, boiling all water, we just grade ourselves as bad at altitude, when really, we’re just not good at diagnosis.