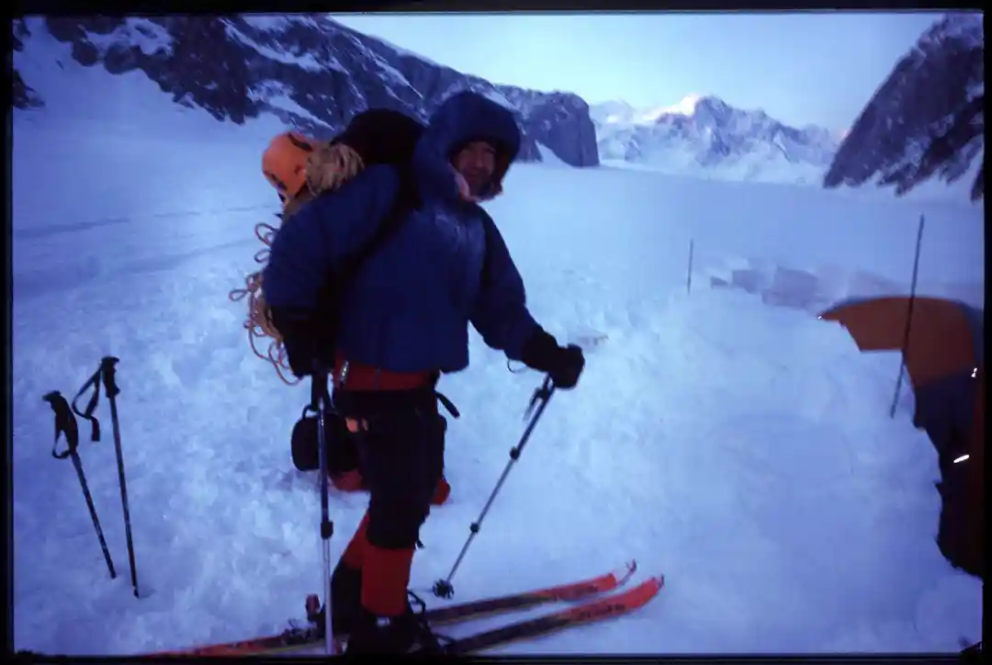 This is a pretty shitty photo of Paul Ramsden (4 time Golden Ice Axe winner, but who you’ve probably never heard of), in the Ruth Gorge, Alaska, in the early 2000s. The temperature on that trip got below -40, degrees C, and it was one of the colder Iditarod’s I’m told, and a great deal of it seemed to be spent in our tent, in the dark.

The thing that stands out is it was probably the nearest I’ve ever come to seeing someone not die on a route, when Paul lead a whole pitch of vertical to overhanging ‘snice’, only to find at about the fifty-metre mark, and with no gear, that he was climbing on an overhanging eggshell thin skin when he tool plunged through into powder (one day I’ll write up that trip, but he survived, which perhaps shows how he got 4 golden axes).

But today, someone asked about going to the South Pole in Winter in a spacesuit, their idea being that this would keep the user warm, and adding at the end, that of course, you’d have to work out how to deal with the sweat. I pointed out how the human is a tropical creature, and that its own body, given enough food and water, will create its own tropical microclimate, and so staying alive is about maintaining that climate, which generally does not mean creating an impenetrable barrier between the inside and the outside.

I pointed out that dealing with moisture is the number one thing to deal with, not an afterthought. In this picture, you can just about make out the ice that’s coming through Paul’s synthetic Patagonia DAS parka, as well as the ice around the hood of his jacket, which means we were probably overdressed for - 30 conditions (we were heading back to the tent from the Moose’s Tooth, so we were slacking I guess), a point many people just don’t seem to get.