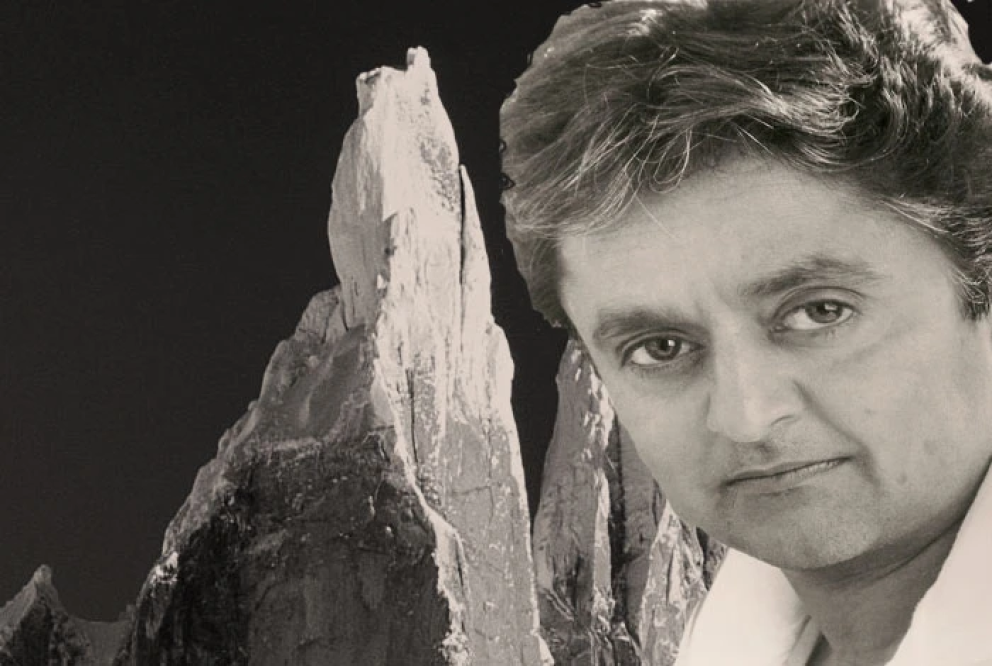 Death of a much loved Patagonian via ferrata

Just found out that one of the world’s hardest via ferrata’s has been desecrated by the Americans on Cerro Torre.  This route, put up by one of Italy’s most hard working climbers and DIY enthusiasts, was cutting edge at the time, employing the most expensive climbing/quarrying equipment known to man, the aim to produce a safe way up the second hardest rock face in the World! (he was unable to get permission from English climbers to place bolts on their Gritstone edges - which are known to be the hardest).

It was testimony to this man that he chose an out of the way spot to make such a route, so no one would give a toss, while still making sure that there would be ample trees and boulders for American climbers to slack line from in between ‘send-in’.  And this is how they pay him back!

Alas even this via Ferrata’s title was misunderstood, due to a mixture of the builder’s strong accent and an unfortunate gust of wind in the moment of it’s christening.  Cesare (named after a brand of Italian dog food) was actually a well known shagger, and had climbed this mountain - which he described as ‘like a big ejaculating knob’ - in order to cop off with a rancher’s daughter, and it was actually called ‘The Impress her route’ (a little known fact is that Cesare was also the inventor of the ‘300’ workout routine, stolen by Mark Twight/Cross fit, although he would undertake 300 sexual positions in under 11 minutes).

What I find so terrible and outrageous about this vandalism (many in Italy see it as bad as the Sack of Rome, and already Sicilian hit-men have been dispatched to Colorado) is the fact that it is simply an act of selfish route creation!  This two man team is actually a two and a half man team, with their half member being the actor Deep Roy, who ever since playing a mountain climbing Umpa Lumpa in Charlie and the chocolate factory, has dreamed of free climbing Cerro Torre.  Unfortunately only being 4 feet heigh means Cerro Torre is the same height as Everest (although with less wankers and more slackliners), as for Deep what would be a finger crack for a normal person is somewhere he can park his car.  What Deep Roy does have is very small fingers (8mm wide or 45/7 if you’re a yank), perfectly designed to fit in the holes left behind from Cesare’s hard placed Via Ferrata bolts.  Right now Deep is up their dogging those pitches!

This has been no ethical clean up, but a brutal micro fingered dwarf finger pocket stitch up!

Note: I have there for set up a bolt fund to help pay for the replacement of all the missing bolts, as well as setting up steel cables, a zip line from the summit and the building of a gift shop/bistro (Red Bull had already helped us in replacing these lost bolts - although retrospectively).  Please do your bit to help, and so redress the balance.