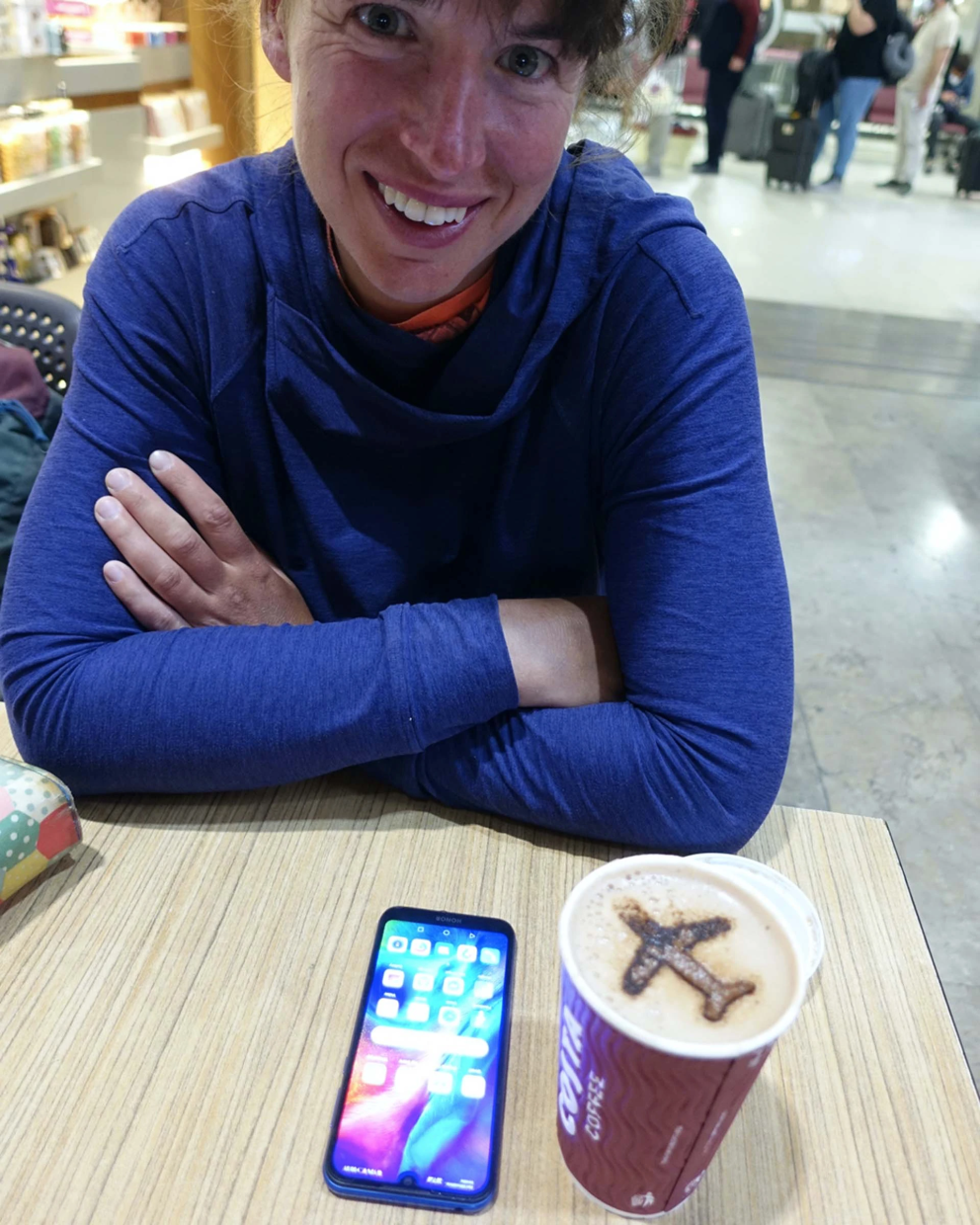 I have a friend who told me how once, in a check-in line for a Xmas eve flight, he was told it was cancelled. The woman in front started to lose her shit and then dropped down dead of a heart attack. I had good reason to think about his story tonight, as a load of other people and I were told our visas were no longer valid, that the country had gone into lockdown while we were in the air. As you can imagine, people lost their shit. The men in charge, guns on their hips, had no clue or guidance on what to do about all these people turning up who had to be turned around and got rid of, young and old. “With a Civil ID” perhaps you can enter they told Vanessa, “but you must go,” they told me. “No, we’re sticking together,” we said, as friends messaged us about armed police on the streets, a strange unofficial curfew in the process of falling over the city. And we stuck together, and luckily this is a country where, when a man say’s “She is my wife”, that has some power. But many people were losing it, angry, upset, confused, bewildered by the Arab way of telling you everything is OK, even as they get you to dig your own grave, then ask you to climb into it, all the while telling you “Not to worry”. We sat as chaos rained all around and just tried to bend with it, to know when to push, and when to yield, when to say “No, this is what’s going to happen” and when to say “I know this isn’t your fault”. Sometimes all your coping skills get used up coping, to appear like the ones who are riding it out, who know where the lifeboats are. But then we spotted an old woman crying in a wheelchair, her crying soft, almost silent as if she didn’t want to be any trouble. “Do you know what’s going on?” I asked her, bending down to be at her level. “No,” she said, “I just want to see my son”. “They’re going to send you back to where you came from,” I said, thinking it best to be clear, “but it’ll be OK, you can see the end of the film you didn’t finish on the way here”. Now we have to sit for ten hours until our lifeboat leaves, not focusing on the chaos and uncertainty, but the energy, even the funny side, like a plane stencil in the coffee cup of the soon to be deported.