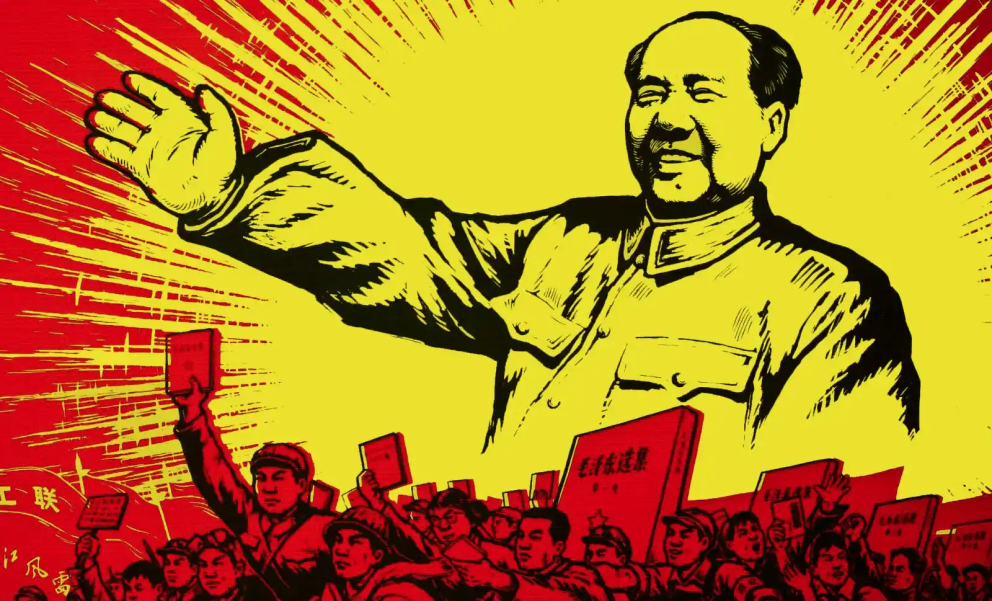 Dogs eaten by the Dead

In 1958 Mao began his great leap forward.  He began by prohibiting farm ownership, bringing all food production under state control, as well as all other means of production.  Farms became communes, with the most fervent ideologues and revolutionaries put in charge of producing enough grain to fulfil quotas.  The system demanded positives, and so these officials providing positive plus extra, each commune competing and so over-reporting their levels of production.

Quotas based on these figures were dispatched to the city, leaving communes without enough food to live, their empty belies proof to the lie of the system.  Instead of changing course, to give true figures, or to ask for quotas to be reduced, officials gave more positive results and charged the starving farmers with hoarding, profiteering and other counter-revolutionary activities.  Grain and rice were taken with force, with men, women and children starving to death around warehouses full of food, the officials keeping the doors locked and their reality safe.  The growing death all around the officials, on each level of the rungs of power, had to be covered up, even as it was happening, as jobs and positions and even life itself depended on it.  For one person to crack, and acknowledge something was wrong, that there were two parallel realities, one abstract and political, the other flesh and bone, could bring the whole system down.  Doctors were prohibited from listing “starvation” as a cause of death on death certificates, and when Mao toured the countryside the officials would force armies of starving peasants to uproot and transplant hundreds of thousands of grain stalks by hand from nearby farms into one “model field”.  When some finally began to raise the alarm at the situation, who were willing to see the reality, they were declared ‘Rightists’ and were killed or imprisoned.  As for the mass of the population, the dying and those who watched over them, most kept their faith till the very end like true idealists, and even as they huddled like skeletons they would shout people"Communist Party, Chairman Mao, save us”.  The famine that resulted and that lasted three long years resulted in the deaths of close to forty million people.

I think we should all take a deep study of systems, political, social, intellectual and spiritual.  An understanding of how they work, how they give tenure to people as a reward, how they protect themselves, from ‘Rightists’ and blasphemers, conspiracists and boat-rockers, but most dangerously from reality, helps makes sense of a lot of things.  System - the system - lies still at the centre of the truth of it all, what’s going on around us at the moment, Brexit, Trump, EU, Islam, and all the bullshit.  On one side I think there are the peasants with nothing to lose, and on the other, the true believers, sat round tables piled with rice, talking politics, assured that starving bellies are full.

In 1959 Yu Dehong ventured out into the land of the dead and reported back this:

I went to one village and saw 100 corpses, then another village and another 100 corpses. No one paid attention to them. People said that dogs were eating the bodies. Not true, I said. The dogs had long ago been eaten by the people.