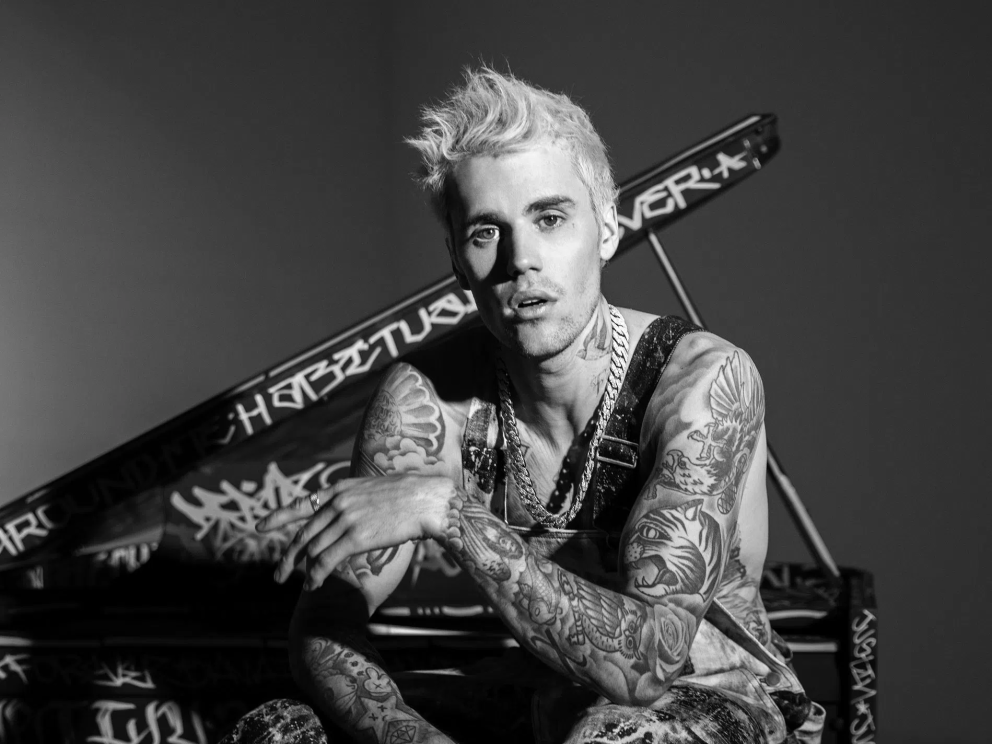 I saw a piece today on UKC about crevasse rescue, going through the basics, and only the night before someone emailed me a question of the topic (can you use a Petzl Microtraxion on a loaded rope).  And so I thought I’d share my thoughts on the subject of crevasses.

First off I’d say that almost everything I’ve ever read on crevasse rescue is not fit for purpose.  The reason for this is that most of it are written by alpine guides or instructors, guides who primarily make a living skiing on glaciers or hauling punters around after them.  They are pros, who tend to avoid crevasse primarily because they work in environments where they’re 90% sure they know where crevasses are (through local knowledge and an understanding of mountain topography).  Yes, guides do fall down crevasses, but this is rare and is usually due to skiing into areas they don’t know or hitting that rogue crevasse (the most dangerous slot you’ll find).

Most crevasse instruction - I would argue – contentiously - is more about ticking a box, getting a day guiding rate, then actually hardcore training for perhaps the biggest alpine death hazard you may face.  I would classify it as like going to fancy pants personal training, where the trainer stands beside the treadmill talking about Home and Away, not beasting you within an inch of your life for 60 minutes.  Does this matter?  Well no, because the most important thing is that people are roped up, and the guide should do their job and rescue them anyway.  The downside is that when guides impart their knowledge, it’s from the standpoint of the perfect scenario, a perfect safe glacier (wet or dry) where anchors can be placed from a harness bedecked with the correct items needed.  This imparts a sense that the control in training will be present in the reality of an actual incident, which is often not the case.  Another comparison would be shown how to locate and dig up a dummy mine, but then find yourself without your instructor in the middle of a minefield!

The reality of real case crevasse falls, and rescue tends to be very different from the training, and I would argue that any climber venturing into the alps or the greater ranges needs to see such articles as ‘crevasse for dummies’, and that a great deal more thought and training needs to go into it for none guided teams.

My bible to crevasse rescue for me, like many, was Nigel Shepard’s Modern Rope Technique, the book to have in the 80’s and 90’s.  The techniques covered were the usual basics, prusiking, hauling, moving together (actually maybe some of that was actually Nigel in John Barry’s Alpine climbing book?).  Anyway, these techniques were memorised, and I tried them out in the slate quarries on a rainy day and at the climbing wall until I understood them. They were first employed on my first glacier, a wintery Mer De Glace, and I’ll admit I was terrified, imagining I was going to drop in a crevasse at any second, literally pitching it for the first hundred metres!  First off the glacier wasn’t flat, it had rocks and boulders on it, and it was steep.  I could often see some of the crevasses, but then there were areas where I thought I saw them, dips and funny coloured ice (where slots had filled with snow, the snow blown off the bare ice all around).  Then there were places that were’ t technically crevasses, but little cliffs, drop-offs, gaps in boulders that had me guessing.  I kept up this fear for a while, finding myself in situations such as traversing ribs of ice with crevasses on either side and realising if one of us fell in, we’d be badly hurt.  Moving on a glacier at night was even scarier, or in a snowstorm, making me feel like I was on some Alien planet, the ground about to fall from under me.  It was all very different from my little instruction book.  Within a day or two, I realised that it was not easy to always be safe, to always be twenty metres apart, to belay each other in and out of safe spots, a hundred little things where you could end up down a hole, several times realising that we’d just messed up.

Since those early days I’ve spent months of my life tramping, skiing, living on crevasses, from Patagonia to Alaska, Greenland to Antarctica, slots just wide enough to suck you in, slots so big they could take a London Bus.  And yes I’ve fallen in a lot of slots but never like in the books, not clean and safe, but often messy and painful and shocking and ill-equipped. I’ve fallen in on foot, on skis and both roped and unroped.  I would say I’ve been lucky many times but never unlucky, as that would be falling down a crevasse in Tesco’s.  In the mountains, crevasses can lurk anywhere.

And so here are some thoughts, from some real-world experience, tips and ideas that you won’t get from most instructors. Here’s the messy version.

You’d better get yourself out

The reality of a fall is that it may well come in a situation when your partner is unequipped to get you out, just the two of you with no one around for help (if someone goes down a crevasse and there are people around shout for help!).  Reasons can be many, perhaps you’ve just struggled off a route, and you don’t have pulleys or screws, or you have all the rack and krabs, and you’re the one down the hole.

Perhaps your partner can’t construct an anchor, has no good ice, maybe he dropped his axes and was pulled off his feet and is facing the crevasse headfirst holding on for deal life.  Maybe they don’t know what to do, as many a great climber can be a total novice to technical self-rescue techniques (would you ask a ‘wad’ if they knew how to do a rescue?).  Whatever the reason you’ve gone down the hole and no one seems to be pulling you out.  So let me ask you how you’re going to climb up?  Prusik right?  What if you’re jammed in so tight you can’t get them off your harness?  What if they’ve been ripped off your harness, or you simply forgot to carry them?  How else could you climb up the rope?  Another question then, have you ever climbed a rope before, like twenty metres with all your junk on and a pack (do you know how to deal with your pack?).  OK, you’ve got some prusiks (yay!!!), BUT your arm is broken!!!! Can you climb a rope with one hand!  What if it’s dark and your head-torch has gone to the bottom of the slot, can you get out by touch alone?

Now, these are some of the questions you need to ask yourself as a climber and should be factored into real-world training.

Get good at climbing ropes

So you’re going to be climbing up yourself, so how good is that skill set? Climbing up a tree once in a campsite using prusik loops does not a master make.  I would recommend learning all you can about rope climbing, from two jumars (handled and handled and Croll), to mini ascenders (Tibloc, Duck, Ropeman), to Prusiks (rope and slings and shoelaces), to less conventional techniques (Guide plate, locking munter, alpine clutch).  You need to be able to carry these out in a safe and effective manner (learn how to use back-up knots) in a safe environment, then try them with a pack on, clothes, boots and mitts etc.

Three is a good number

A party of three is a good number for trips into the mountains, especially the greater rangers.  It has many benefits and few cons, one of the biggest being you’re much better able to deal with problems, getting someone out of a crevasse being a major one.

Get on your skis

The best way to avoid falling down holes is to spread your weight, and so almost all travel in the mountains should be on skis (if you can’t ski then use them just on the flat).  Snowshoes are far less effective, and boots alone are far less effective still.  A second advantage of having skis is that they can make good anchors if someone does go down a hole (what to do if you’re down a hole wearing skis should be part of your strategy).

Never take it for granted there are no crevasses somewhere because a hundred people have passed that way.  Such assumptions often lead to people falling down holes on well-trodden paths.  Changes in the weather, the time of the day, a dozen little factors can all come into play, but often the reason why one person falls down a hole when dozens have walked over it is just a mystery, a random accident, your only defence your luck or being roped up (I’d go with the latter).

I know several people who fell down crevasses in safe spots, even seen a film of a piste basher going down a huge hole in Antarctica where it was 100% safe, all victims to the rogue crevasse.  These things appear where they should not and bite you in the ass when they should be sleeping.  They have no rhyme or reason, but you should always be on the lookout for them!

Don’t let down your guard

The early fear of crevasses tends to fade quickly, and then it’s easy to lose that edge altogether, wandering around unroped the reason being, well it’s so uncool!

You may think that some glacial areas are safe, or you can see where the crevasses are and won’t fall in (you’ve never fallen in one before, why now?).  Well, things to fall down do not only include traditional gaps in the ice but all sorts of hazards, so it’s best to stay roped up all the time (‘where there’s rope there’s hope’).  Imagine you were climbing over some huge industrial building site, here there would be no crevasses but plenty of pitfalls and dangers, so just because it doesn’t look like a crevasse don’t imagine you’re safe.

The most important thing to know about crevasse falls is that they are instantaneous, one minute you’re on the surface, the next you’re falling.  The lucky get wedge before they fall in, or the slot is too narrow to take your body (but can still injure you), but for the rest, they’re at the bottom before they know it.  UKC’s ’ The Hard Way Down: A Brutal Reminder of Alpine Danger’ is a fantastic story of how a crevasse fall plays out, and remember that a crevasse does not respect skill or experience: gravity is gravity.  If you want one final demonstration of how quick a fall can be, well just watch this gif of Justin Bieber falling down an open trap door.

Petzl Tips on glacier travel on skisSKILLS: Glacial Travel: Part One, The BasicsThe Hard Way Down: A Brutal Reminder of Alpine DangerCrevasse crash: could it happen to you?How to Make a Z-Drag or Z-Pulley System: Backcountry Essentials Presented by BMC Insurance