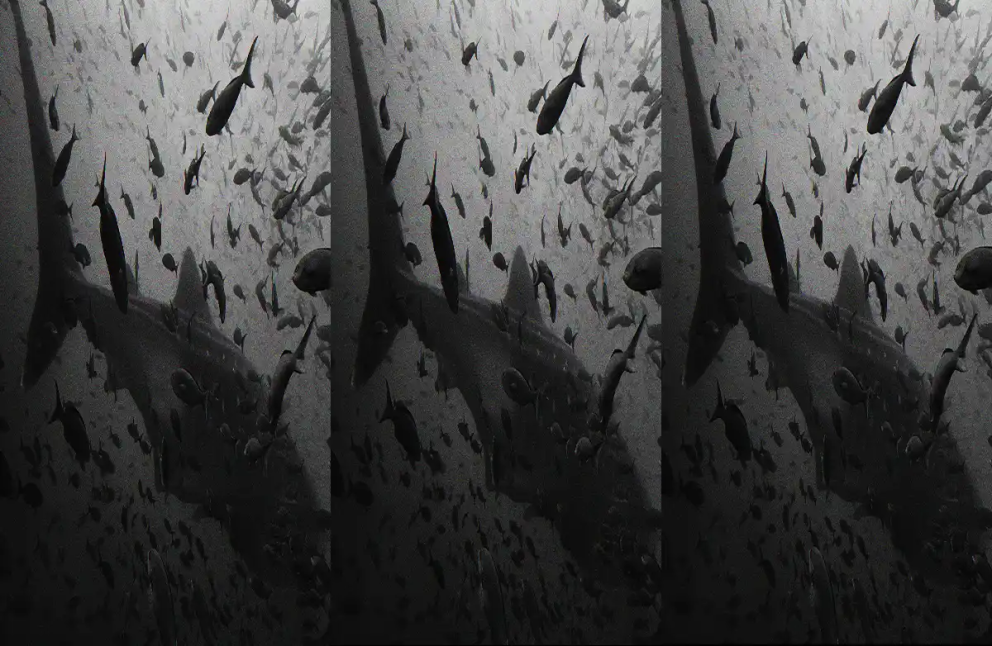 Don’t go back to sleep

A friend of mine, the incredible adventurer Jon Turk, once told me a story that has long stuck in my head.  He was kayaking somewhere in the Pacific ocean (Jon had kayaked from Japan to Alaska, and won Nat Geo adventurer of the year for his Ellesmere circumnavigation), between some islands, eating eggs as he paddled over the swell, as he had for weeks and weeks.  The eggs were scavenged from nests as they hopped islands, but on this day he found a rotten one, and so tossed it into the dark sea.  The second the egg hit the water a shark shot up from below the kayak and snapped up the egg, a shark that had no doubt been swimming under Jon all day, perhaps all week, maybe even ever since the journey began.

This month has been, like so many months of late, a month of death, and near death.  The passing of my friend Ben, out of the blue, and the passing of people I’d only met a few times, this time into the blue.  It’s also been a month of emails and news that make me ask questions about mortality and what it’s all about.

Last week I got this email from one of my best, and fittest mates, the kind of email that makes you want to see them as soon as you can, plan a trip, not simply let the friendship drift on by:

Get this little story. Last week I ended up in Raigmore to get two stents in one of my coronary arteries. Basically, it was nearly totally blocked. No wonder I was getting funny chest pains I had been ignoring all year. I was a walking massive angina attack that could well have been fatal given the sort of things I get up to for a living or pleasure. Not sure I have really clocked how lucky I have been. This month has been a bit weird, to say the least. I can feel my heart is somehow better but I am not pushing things at the moment (never did anyway!!). Just born with the sort of genes that clog arteries up basically. I need to keep taking the pills now to give me a chance of seeing sixty (gulp!)

Then yesterday someone emailed me about someone I’d slowly grown to really hate (well it felt like hate), a kind of irrational hate I seemed unable to defuse with old memories that were good, or with simple logic that hate only hurts the hater.  No matter how kindly my thoughts began, soon, along a bitter and twisted path, I’d find myself nose pressed hard against the hate for her.  But then - in an email - I’m told she’s in hospital - and just like that - I only feel the worry that they’re OK, seeing that forgiveness and compassion are the only keys I have to open the door to let out that hate.

Then last night at the climbing wall one of the old regulars, one of those climbers who looks as if he’s been at it from the start, collapsed while climbing, lowered upside down from the wall.  When you’re at a crag, or in-wall, when there’s any kind of accident people just seem to instinctively pick it up, the herd instinct of death, from someone taking a big near ground fall, to worse.  Without seeing what was going on people stopped bouldering, stopped warming up, stopped climbing,  just sensing something was wrong.  Bystanders, we watched as he was gently rolled on his side, then onto his back, 999 dialled, then mouth to mouth, then they began compressions, the alarm going off as the emergency defibrillator was unlocked, the staff of the wall - who were amazing - working hard to keep him alive as the emergency services tried to get through rush hour Dublin traffic.  We all stood around, not sure what to do, what to say, all aware that a man was on the very edge of death.

As we stood around my mate Cian told me how Richard Prior once joked about the death of his father, that he died while reaching an organism with a prostitute, that he died ‘coming and going’, but it didn’t seem like a good time to joke - but then Cian looked white, and a bit upset, and sometimes that’s how people cope.  Then someone asked for a selfie with me, the second one of the night, and I stood there and wasn’t sure if I could smile, a bit weirded out, but again when such things happen some people need to use the insulation of normality to deal with it.

And then the fire brigade arrived and took over, more shocks, doing what they’re trained to do (in Dublin many firefighters are all trained paramedics).  Someone said that if you were to have an accident you’d not find a better place than a climbing wall, well apart from a hospital, and seeing how many qualified first aiders there were, and who actually knew what to do, made me think that some of that climbing qualification red tape was invaluable.

It looked bleak, but then he was breathing again.  They got him onto a stretcher and took him to the hospital.

And then everyone carried on climbing, and being climber’s people jokingly asked ‘did he get to the top?’ - not because they were callous, but because it broke the tension, everyone present understanding just how fragile like really is - as if you’d suddenly found yourself not on firm solid ground, but out on the thin cracking ice.

When you experience death, dying and near-death - like this - not of the pointless heroic kind - but meat and gravy death, it makes you want to pull up your socks, eat better, drink less, lay off the drugs, check your knots, do a first aid course.  My partner is thirteen years younger than me and our ages show a little in the way we see the time passing. I’m all for doing it now, so it’s done, while she is more we’ll do it soon because there’s plenty of time to see it done.  I look at her and want to be around as long as I can be - because life with her is really living - not the slow death of passing the day - and I hope I don’t get old - that either she wears me out, or my age wears her down.  I doubt it.  I’ve spent all my life as if tomorrow could be my last, living by Bruce Lee’s line “If you love life, don’t waste time, for time is what life is made up of’ so why would that change?

Sometimes the gift of someones passing, or the near loss of someone - pulled back up from the depths, is not simply the dread of a death that is so close, like that shark below the water that waits, but chance to refocus on the job of living, to keep on paddling, moving on, on this greatest of adventures.

But why the blog?  Well sat here I just saw a post from Ben’s brother, posting a poem by Rumi read at his funeral, which I thought I’d share:

Today, like every other day, we wake up empty
and frightened. Don’t open the door to the study
and begin reading. Take down a musical instrument.
Let the beauty we love be what we do.
There are hundreds of ways to kneel and kiss the ground.
~
Out beyond ideas of wrongdoing and rightdoing,
there is a field. I’ll meet you there.
When the soul lies down in that grass,
the world is too full to talk about.
Ideas, language, even the phrase each other
doesn’t make any sense.
~
The breeze at dawn has secrets to tell you.
Don’t go back to sleep.
You must ask for what you really want.
Don’t go back to sleep.
People are going back and forth across the doorsill
where the two worlds touch.
The door is round and open.
Don’t go back to sleep.