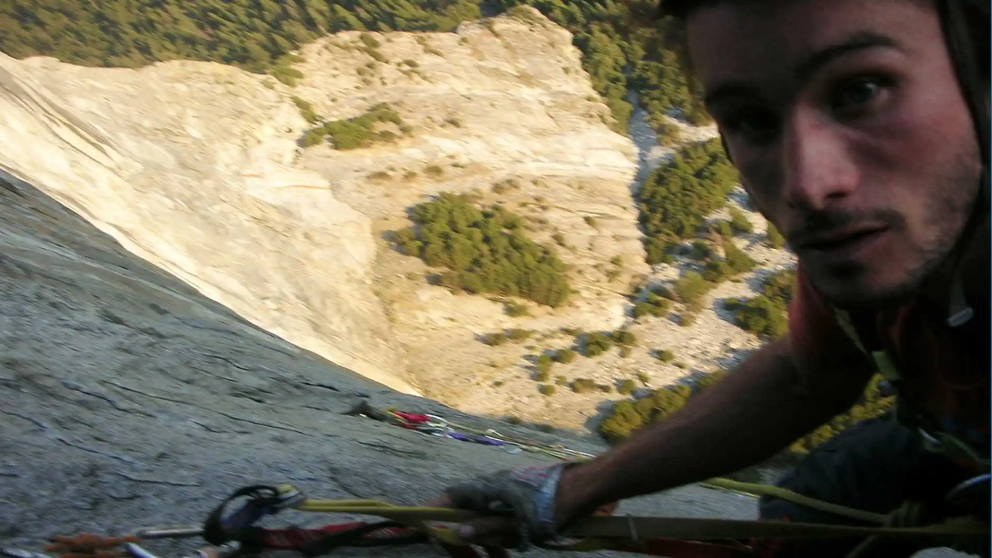 Don’t try this at home

I’d like to complain. When I bought your Psychovertical book I never knew that this seemingly harmless piece of writing could provide me with so much inspiration and lead me so far astray. After finishing the book for the second time I had the idea that I too could solo El Cap. You made it sound easy. Or at least possible. The seed was planted in my mind, there was no going back now.

A few months later I found myself struggling up to the base armed with a haulbag full of shiny gear and a strong belief that I could climb this alone. My overwhelming level of psyche slowly diminished as I inched up the easy first pitch, sweating profusely in the intense August heat. I then discovered that hauling up my stuff required the use of all the swear words in my vocabulary. Eventually, the haul bag joined the massive clusterfuck at the belay and I felt satisfied, even though this simple pitch had taken an entire day. It would be so easy to bail from here. So easy. Was I a climber or just a dreamer? I didn’t want to be one of those guys who knows everything about a route but has never actually climbed it. I felt like I had something to prove to myself. I chose a technically straightforward and easy climb but 2 more pitches still took another whole day. Maybe it was because I had eaten a lot the day before, or maybe it was the fear but somehow i’d already maxed out my poop-tube.

Each day i picked up speed, dropped less gear and learned things that I’d never really thought about before. I learned that top stepping a hook causes it to pull in a slightly different direction. This resulted in a short but trouser-filling fall as I discovered to my surprise that my method of self belaying also worked.

Sometimes I would start climbing before sunrise, then seek shade behind my hammock during the hottest part of the day, drifting in and out of restless sleep. In the evenings I would either continue labouring up the wall or settle down in my broken hammock, burn tuna noodles in a jet boil, spill the majority in my sleeping bag and then have the worlds most uncomfortable sleep. I dreamed about placing gear, I dreamed about my childhood, i dreamed about pizza. I would often wake up wondering where I was. Dreams merged into reality and it became hard to differentiate between the two.

I encountered some sort of tanglefucked rope or stuck haul bag on most pitches. One time in particular I made a great error: The haulbag had got stuck under a small roof so I abseiled down the other side of the haul line to free it. To save time I did not back myself up on the lead line.. I freed the bag and as I let go I thought “huh, the bag only contains my sleeping stuff and half a gallon of water, its probably way too light to use this method”. I was right. The haul bag rocketed exponentially towards the belay as I fell equally as fast in the opposite direction. I was only falling for about 4 seconds but it felt like I wasn’t going to stop. I hit a ledge, flipped upside down and crashed arse-first into a ramp, a red camalot becoming lodged in my mouth as the haul bag jammed itself into the mini traction. Not the most efficient way to haul.

I topped out the next afternoon relieved but proud that I had accomplished this goal, but I also felt a huge sadness that it was all over. I would never have done this without the inspiration that you gave me. Thanks for this adventure and I hope you also continue to have many more adventures,

I thought this was a wind-up, but it wasn’t (Neil climbed Lurking Fear).  I’m glad he made it.