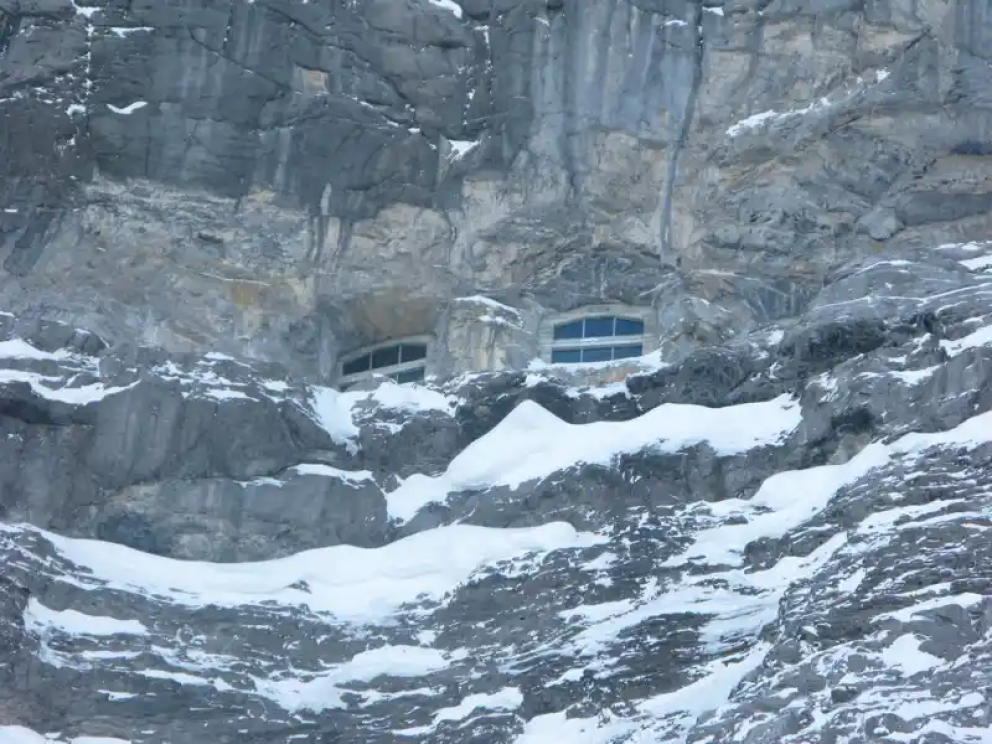 Down on the Eiger

Back on flat the flat again, and I think it’s time to do some explaining, both about the Eiger attempt and how I set about doing it (blog, filming etc), as it’s kicked up quite a lot of interest on various websites - primarily on UKC.

First off let’s get one thing clear - I don’t consider rope soloing the Eiger direct any big thing beyond that of a personal goal.  It’s been soloed many times before - including a 27-hour winter solo by the legendary Slavko Sveticic - and maybe even another fellow slow rope soloing brit Phil Thornhill (although I’m not 100% sure about that).  It’s worth saying this as I can imagine proper climbers (Nick Bullock etc) grumbling that I’m making a big deal of this.  Well, I’m not, and never intended anyone to imagine this was a big deal (if you tried a second winter solo of the Young Spider it would).

Secondly, was this a foolhardy attempt?

Well, not the way I was trying it, and because I was aiming for as close as assured safety that’s why I failed (that’s not to say that it’s not possible).

For example, I had a 100 metre 10 mill rope, an El Cap sized rack, a bolt kit (YES that’s right…but only as the Direct has many old ring bolts and I didn’t want to end up trusting my life to a belay of two bolts placed in the 60’s so took 4 8mm bolts), a portaledge and Exped fly, 10+ days food and gas, two sleeping bags (a down and synthetic), a phone and someone in the valley (Al Lee), keeping an eye on me.  This meant that every belay has 100% bomber (most had 4 pieces in them), and I could move only when it was safe (I sat for two nights at the bottom waiting for the snow to clear), and could afford to climb very carefully and in total control - which was good as the snow and ice conditions were not ideal, and an unroped ascent would have been very risky (I slipped down on poor snow a couple of times).  Ultimately what held me back was pretty poor conditions, and having to drag up such a load (I only gained 400 metres of height, but climbed 800m and hauled 70kg of kit after me through porridge), which just wore me out to a point where I judged the safe margin I set myself had been crossed.  If I’d been climbing with a partner I would have gone on, but when you’re alone, and everything comes down to you, then you need to be able to have something more in the bag.  Would I try it again?  Yes - and I will, only learning by my mistakes (for example it may have sounded like I was at the end of my tether, but packing up to bail I stashed all my food and gas for a second go).

As for the blog stuff. Well, I really enjoyed watching Ben Saunders attempt at skiing to the North Pole last year, blogging each day as he went.  It was of course a very voyeuristic experience, but one that I found really inspirational (Ben is probably one of the most adept at this kind of thing).  For me, technology has made this thing very easy to do, and having an iPhone with me (I could check the Swiss weather every day), meant I could do a little report in about 60 seconds.  Would I do it again?  Ultimately I think this kind of thing, on such a climb, is too hard on people who care about you, as they assume if nothing appears that you’re in trouble.  In fact, the one night I couldn’t blog, was due to the fact I spent of few hours digging around for a 100% secure belay (there are some really bad areas of rock on the Eiger), and was so tired I just crawled into my bed.  Also getting emails from my kids was just a killer, because although I knew I was safe, there is always a risk that something could happen (BUT no more than if I’d stayed in Scotland and gone climbing grade V’s on the Ben).

Was I in a fit state to try?  Well no, but then I have never been in a fit state to try any climb (When I climbed the Lesure route on the North Face of the Dru - Scottish VI/VII, and a dam site harder then the Eiger Direct - I hadn’t climbed for over a year!!!!).  I’m not like Bracey, Powell, Cross etc who are genuinely full-time climbers (athletes if you wish), and would race up a route like the direct in a few days.  I’m an utterly normal person who finds fitting in even a days climbing in the ‘gorms difficult, juggling kids, ex-wife and girlfriend, many jobs and commitments - just like about 90% of climbers in the UK.  Call me selfish?  It’s because I’ve always striven no to let climbing make me a heartless climbing obsessed bastard that gets me into these scrapes in the first place.  What I have in my favor is not a six-pack and a marathon physique (since when did being skinny make you a good mountaineer?), but a stubbornness, and willingness to both try something difficult with as big a safety margin as possible and most importantly be willing to fail.  My book and website may have the word psycho in it, but I think if you ask anyone who’s climbed with me, and you’ll find I’m probably one of the most paranoid climbers around.

Was I stupid to try?  Not at all, if I’d had more time (I’m heading to Patagonia on the 17th to go sea kayaking), I’d have come down, had a few days rest, sorted out my gear, and gone up again, and do it (the direct is primarily short hard sections interspersed with easy climbing - just like the 1938 route).  As it is I’d be keen to go back alone or with a partner (Joe Simpson said he was keen in an email a few weeks past!).

Did I enjoy it?  I was an utter ball ache dragging my bag up behind me (I thought I’d come up with a great system for hauling which ultimately didn’t work out), and the stress of stressing out my loved ones was hard, but how could any alpinist, given the opportunity to climb on the Eiger in Winter, to scratch up amazing limestone chimney’s and buttress’s, to find shelter under its skin of ice and snow each night, to have the whole face to yourself and not feel like you’re the luckiest man alive - and that the risk is worth it?

So thanks to everyone who blogged and emailed and defend the indefensible, but I’ll leave the last words to someone else (emailed to my by Paul Deegan).

It is not the critic who counts
Nor the man who points out how
the strong man stumbles
Or where the doer of deeds
Could have done better.
The credit belongs to the man
Who is actually in the arena;
Whose face is marred by dust
And sweat and blood;
Who knows great enthusiasm,
Great devotion and the triumph
of achievement.
And who, at the worst, if he fails
At least fails while daring greatly -
So that his place shall never be
With those odd and timid souls
Who know neither victory nor defeat.
You’ve never lived until you’ve almost died.
For those who have had to fight for it
Life truly has a flavour
The protected shall never know.

- Theodore Roosevelt
‘Citizenship in a Republic,
23 April 1910, the Sorbonne, Paris

Anyway, it makes you think doesn’t it…