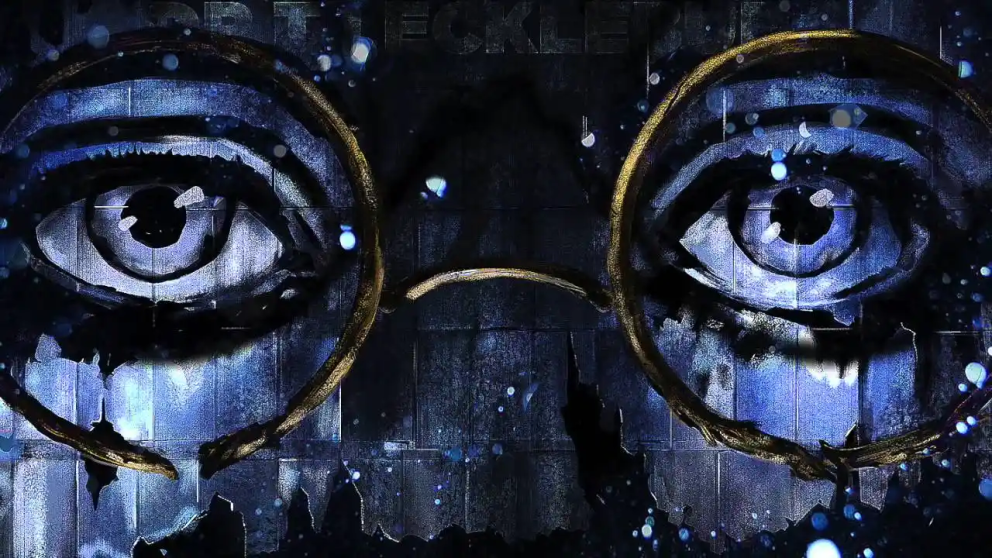 I’m sat in a Esso garage, one of those places you only ever want to pop in and out of quickly, a place of Ginsters pasties, low quality white trash food and staff who no doubt wonder where it all went wrong.  I’ve been sat here for over an hour wondering the same thing (as I often do), not because I can’t pay for my petrol (I’m one of the few people I know who doesn’t own a car), but because I’m meeting someone who does, but seems to have arrived an hour too early.  That dammed twenty-four-hour clock nailing me yet again!

It’s funny, but as I was walking over here I was thinking about a post that someone shared today called 7 Myths about Dyslexia, making me reflect on being ‘dyslexic’, and how it seems to be strangely playing a larger and larger part in my life - and not always in a good way.

My ex-wife Mandy is an academic who specialises in such things as this, and it’s not uncommon for me to email her and say “If missed two planes this week, could this have anything to do with being dyslexic” or how I seem to have no grasp of time, not as in ‘I’m always late” (I’m not, I’m always fucking early… as early as 24 hours sometimes!) , but as in I often feel as if I have total number blindness (like I can’t actually see the numbers like time is like a language I’ve forgotten).  She always gives me advice, feedback and ideas, links to follow, and tries to help, but what is there to do?

I will always remember Niall Grimes, one of UK climbing’s best writers, telling once me that being dyslexic was my USP and that I should really stop making a thing about it.  I wasn’t aware that I did - make a thing about it - only that it was just something people brought up, just like people always include it in anything about the critic A.A Gill, that easy link, like being Jewish, like Sting and Tantric sex.  I guess although I agreed with Niall,  knowing that labels can be a burden, and dyslexia had become devalued by its widespread adoption by most people (perhaps it could be named MCSD: middle-class stupid disorder), I also felt a bit angry at him for saying it.  To my mind Niall - who’s long been a friend - is a man who it seemed found words easy, he has talent, he’s written dozen of books, has a job of words, these words easily at hand.  I do not, and I always feel that anything that involves writing is a total battle (in fact just working on how to spell the word ‘total’ just took me about 30 seconds to work out).  But perhaps I like battles, I like epics, that’s my USP, and just as soloing the Troll wall or doing a summer route in winter is inviting a brutal scrap, so is writing a book or blogging.  I should be painting, or gardening, or raising prize rabbits, but where’s the struggle in that?  Saying what Niall said is like telling someone with down syndrome to just get over themselves, or someone in a wheelchair it’s not a biggy - yes there is a human being who should not be defined by such things, bigger than their handicaps, but yet they know that day-in and day-out that they are.  I once heard someone say, a dyslexic who had been sexually abused, that although his abuse was in the past, and he could come to terms with it, dyslexia was something that had an impact on his life every day.  I don’t think Niall could ever grasp just now hard ‘easy’ can be.

That word dyslexia (a word - like some sick joke - no bloody dyslexic can spell), and the ‘condition’ is actually something I reject a little, as it’s too restrictive and political, and again it’s like defining someone as ‘black’ just because they come from Africa when know it’s a continent of boundless variety, culture and history.  If you have one eye, a missing leg, or a heart that’s a bit dicky, these things can be easily defined, but when the problem lies in your head it’s not so clear cut, as are any attempts to test any person’s abilities to think.  There are terms like autism and dyspraxia and many others that are used to try and nail down what someone’s ‘problem’ is, but really these things are ungraspable, both by those inside and outside the head.  To come up with anything more than the broadest diagnosis, or know that mind, is like saying you know every crater on the moon after seeing it once on a clear night.

For me, the most important thing to tell young people is they should not be afraid of themselves - their alien brain - but learn to have empathy for it instead.  The other day I said that although dolphins are one of the most beloved animals on earth, intelligent and playful, it doesn’t stop them from being shit at football.  In many ways, we all have alien brains, a bit mammal and a bit reptile, a bit known, very much unknown.  A brain is a tool kit; screwdrivers, hammers, saw, measuring tape - the whole deal.  You get it at birth and bit-by-bit you learn how to use it, the easy skills like turning a screwdriver, and the harder, like not splitting a piece of wood as you drive home a nail.  If you can learn to employ these tools well, and don’t lose any, you’ll do OK.  A dyslexic or someone with autism gets a tool kit just the same, but when they open it they find half the tools are damaged or missing, or sometimes all they find are screwdrivers!  Life then for such people is either a process of avoiding the jobs where they will not have the right tools or learning to use tools they do have to do jobs where the tools are missing.

An example of this is that I have a fantastic visual memory, and can still remember things from the age of four, forty years ago, both big things (a castle I got for my birthday) and small (squashing a spider under a cardboard box).  I can remember tons of the little obsessions of my youth, from army stuff, comics, and sci-fi.  On the other hand, I have diabolical skills at number retention and short term memory, being at a 5-year-old level (maybe be more or less but I forget).  And so anything to do with numbers is a bit of a problem, money, times, dates.  Those tools for me are missing, and so I need to improvise.  For example, my old pin number was 2680, an easy number to remember - if you can.  For me, the only way to remember was that old Harrier jump jet used to carry 68mm rockets (I remembered this from making model planes when I was a kid), so I would visualise two rockets side by side, giving me the 2 and then 68, with the 0 coming when I then switched my view to just looking at the rocket end on, which looked like a zero.  Simple! (my pin number has now changed by the way).

It seems, forty-four years into this journey of understanding, that this need to come to terms with, and understanding yourself, is crucial, as well as forgiveness.  For me, I don’t need special coloured glasses, write my words back to front, or find the words on the page jumbled (well only the ones in my head).  My problems can often seem too much to handle, involving problem-solving, concentration, and damned numbers!  For most problems, there are solutions, even if a little unconventional.  We live in an age where tools can help bridge the gaps in your head, lending those tools you need to get the job done.

Niall - ultimately - was right, in that I need to leave dyslexia behind, not because it offers a reason or an excuse I don’t want or need, but because it offers too small a frame to hang myself upon.  Looking through its wiki page or articles by learned scholars does no good, just as finding out that F Scott Fitzgerald and Winston Churchill faced the same trial by self.  It’s just the first word, not the last.  Instead of trying to match up what dyslexia is and is not, what is an output from this hybrid code, and what is just raw Andy K, I’ve decided to deal with the problem head-on, to celebrate my fuck ups, not hide from them, or try not to allow myself to be diminished.  I choose to embrace the fuck ups, like when that dolphin misses the penalty kick, and focus instead on the somersaults, the depths, the sunlight shallows, and all those fish.  I will try not to be defined by that stupidly unspellable word, but just by who I am.