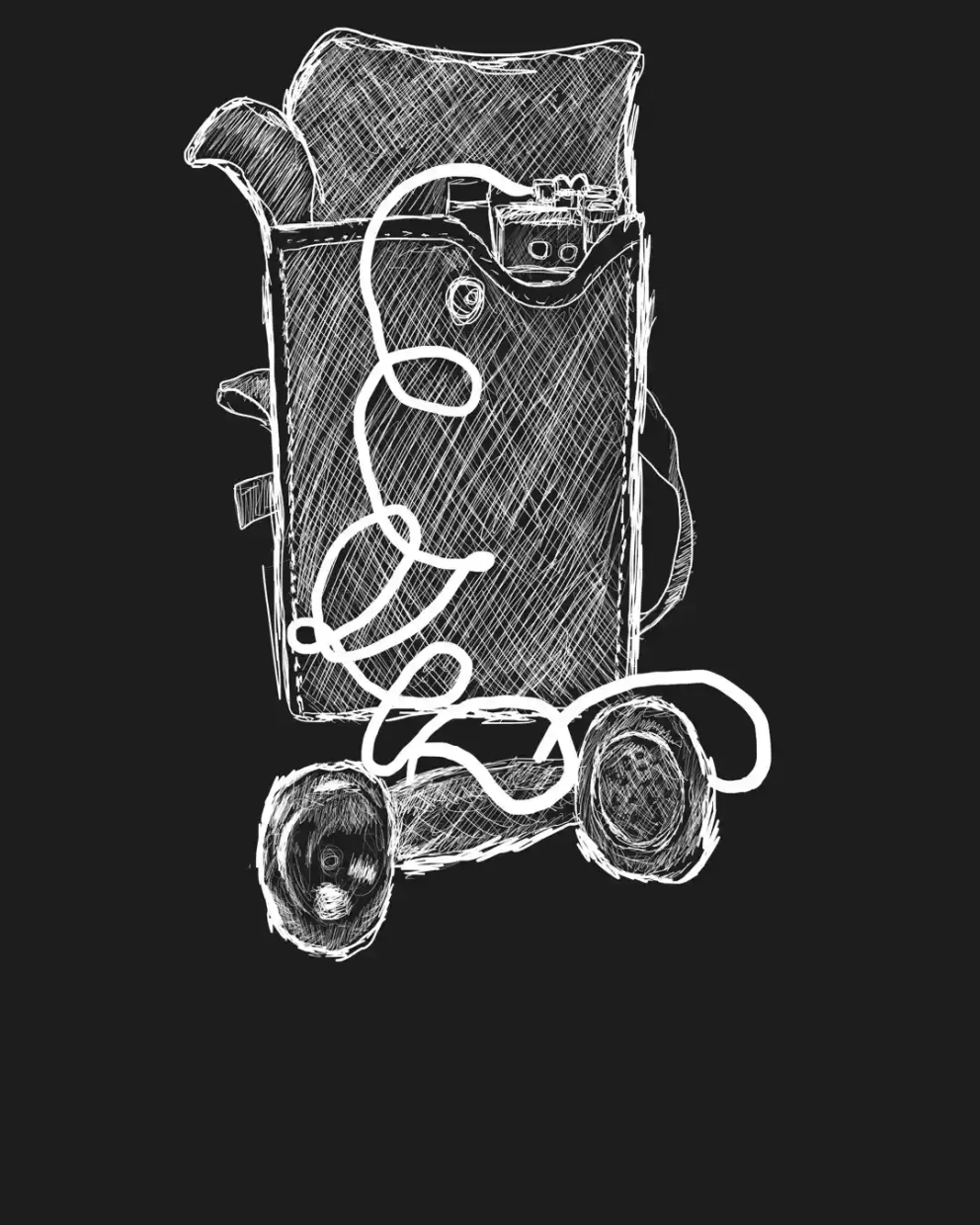 Someone once told me never to underestimate your audience, which although an uphill task at times (someone also said my problem was I was cleverer than people think, which means I have to ‘dumb up’), has paid dividends so far.

Today my kids asked what the trick was in making a living from your ‘art’ (they think I swan around doing fuck all), and after thinking it over I thought that it was about trying - yes trying - to exceed expectations, both of your audiences and your own (if people only think you’re just a dumb chav rock climber from Hull then it’s easy!).

Often it’s about going an extra mile without leaving any footsteps, but only knowing you went there, such as drawing this image in a chapter called ‘Learned Helplessness’ in my book Unknown Pleasures. It’s of a US army EA312 field telephone, used to torture tens of thousands of prisoners via electric shocks, the spine of the story, about how - like animals - being exposed to the unbearable, we eventually just give up, we switch off.

I think my point at the time was the level of political discourse, both online and in social media, forums and comments, would not lead to a great political awakening of the masses, but the opposite, an almost complete switching off - how real power likes it. The problem is there is part of you - the provider - that thinks maybe you’re wasting your time and what talent you have, that with some work you could carve out a career writing ‘proper’ climbing books, or books with the word ‘wild’ in the title, coffee table books, books about other people, ghostwriting, like make a proper career out of it, play the game, do the right thing, be a Conrad Anker or Doug Scott, reform myself and be forgiven for past misdeeds (Chris Bonington once told me I needed to be more politic if I wanted to get on…wanker ; ).

So thanks to @robbelbin for a reminder it’s best to just stick to what you know & just be honest about what you really are. “Just finished reading Unknown Pleasures absolutely brilliant. I’ve never read a book by a climber (& I’ve read a lot) which truly touches every aspect of life in such an open and thoughtful way. Can’t recommend enough please don’t stop writing!”