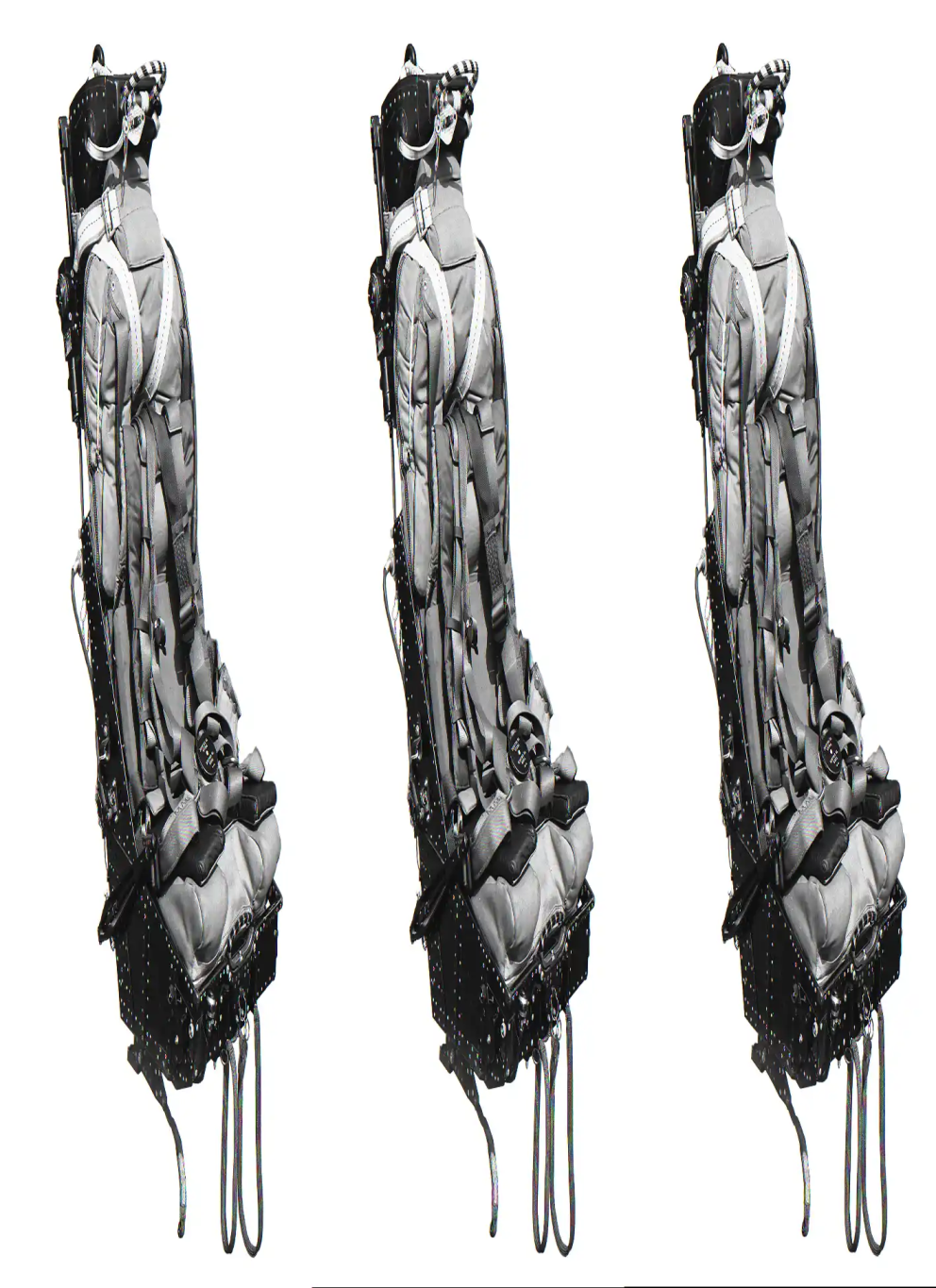 The moment I could hold a crayon in my hand I began to make marks.  I sat in my high chair, scribbling away, my art both a mess and a start. I loved to draw and so I drew a lot, every spare moment when I wasn’t playing or being schooled, spent laid on my stomach in front of the TV drawing.

While many kids would be fantasying about having an Atari I was daydreaming about paper. My uncle Clive was a printer and so gave me huge stacks of the card to draw on, funny off-cuts for my scribblings which stood piled up in the sideboard, drawn down a centimetre a day.  These offcuts were never correct,  could not be folded top to bottom, side to side, the edges matched and perfect, as A papers can, but awkwardly, overlapping, the cuts made imperfect and so un-matching.  I dreamed of Daller Rowney pads, especially their monster A1 one, thinking perhaps on paper so squared away I’d be straight myself, easily folded and folded again, edges always matching.  But those offcuts were a great match for my spastic brain, which could only decode the comic pictures but not the comic words, so that’s what I drew, stories formed from pictures in tiny imperfect squares.  For me, real words were born within speech bubbles.  Laid on a beanbag in front of GrangeHill I thought I was taking pictures but really this was the only way I knew how to tell stories.

When you do anything a lot you get good at it, and being good at drawing when you’re at school is as rich a vane of kudos as being able to kick a ball or get the girls.  That skill is one that’s always in demand.  Then one day, drawing a jet fighter in a science class, a Harrier jet, for some other kid, I had a sudden revelation: being good a drawing is not about the marks you make with your pencil, but a result of taking the time to see, to look, to notice.  The reason I could draw a great fighter plane had nothing to do with that classic ‘eye’, to draw a line, but the fact I took notice to remember where that line would be, that there were panels and vanes here, that bombs hung from the fuselage as well as the wings, that through the glass you could see the ejector seat handles, striped yellow and black.  What made an artist was not what they drew but that they saw the vital importance of the seemingly unimportant.

That was a very long time ago, but that little thought - in my ten-year-old head - has always stuck with me, reminded me to keep looking, to take the time, even long after I put down those childish pencils.  The great leap in seeing is to be able to place that artists eye within the head of people you want to understand, to see what your eyes can’t see.

Today what did I see?

I saw a Romain woman stood in a tiny Welsh village, stood in the high street selling the Big Issue, as odd a thing that would maybe go unnoticed by most people, or so you’d think.  But you’d be wrong.  “She gets dropped off by a big posh car every morning,” someone told me later when I asked about her, wondering what people thought.  Everyone I mentioned her to had an opinion, but often it was edited out of what they said, what they really thought, redacted yet leaving a mark like Tipp-ex, that betrayed what was left out.  This Tipp-exing is a common thing these days, the truth of what’s in people’s hearts saved for only the closest of confidence and fellow travellers, certainly never to be shared with pundits.  A good way to spot this is when someone defends a statement before they’ve even said anything, something you hear more and more.  Leaving later by taxi I ask the taxi driver the same question, my own question equally as redacted, that why would a woman come all the way from Romanian to a tiny Welsh village to sell the big issue every day.  “I’ve got a joke for you,” said the taxi driver, this passenger’s question perhaps a trap,  “I said to a big issue seller the other day ‘Knock, knock’ and he said ‘who’s there?’ so I say ‘I thought you were homeless?’”.

How did I know she was Romanian you may ask?

In the train carriage where I sit now, a woman stands over her three-year son, who sits on the floor beside the doors, their stop only one.  She looks like a single mother - yes a cruel thing to write, judgemental I know, but it’s easy to see, in the little things, her boy’s clothes better than hers, new on him, make do on her.  He sits at her feet and looks at a film on her phone, the sound up to high, but she has no care.  I think he’s watching Family Guy, not ideal for a mind that young, but moving images, colour and sound enough to keep him quiet, that digital dummy shoved in too many mouths these days.  I look at him, the way he gabbles on to no one but himself, his mum swaying, holding on looking into the night beyond the grubby train windows.  He talks to the screen, not her, talks like a fat person looks at their food, their relationship so bindingly destructive it breaks your heart, attention beamed in hand to the attentionless.  We all sit in that carriage and look on.  We all see it.  We see the future, we see it all around, this horror that is coming, payback for that single little break that will break society, the phone or iPad mother and father’s little helped.  Her phone rings loud, she doesn’t care, no middle-class shame, just a loud answer, that she’ll get a bus back, then a ‘really, that’s nice of you.  She tells her son, who pays her no attention at first, that ‘Kevin’s going to pick us up in his car’.  The boy keeps his eyes on the screen but replies ‘I don’t like Kevin’, to which his mums says, ‘Of course you do, he used to be your dad’.

The phone makes me think, makes me think about phones, something one day we’ll perhaps view with the same fondness that we do asbestos, although I doubt it, society will be mush by then.  Well, be too far down its rabbit hole.  I thought back to Ella telling me how one of her friends has ten thousand Instagram followers, just a kid at school.  “How?” I asked, knowing she was not a rock star or star vlogger.  Ella flicked on her profile, which was basically softcore kiddy porn.  The dad in me was shocked - no - the human being in me was shocked.  “It’s OK,” said Ella “her account is locked, so only people she accepts can see her pictures”, the kind of answer that’s meant to placate the concerned I suppose.  “And she’s got ten thousand friends?” I ask.  Ella shows me her pictures, which are unlocked, and see nothing too alarming.  I wonder if this girl account is locked to just keep her parents out but no one else, keep out the only people on the planet who really truly care.  Over the last few weeks, I’d been called a misogynist for writing that women being heckled as they run was just the weight of being a woman, the same as being kicked into a coma on a Saturday was the weight of being a man, that we had laws and beyond that just had to wait for everyone to evolve.  “So what’s the difference between her showing her tits and getting five hundred likes and someone shouting from a passing car she had great tits,” I asked, knowing there was a difference, but asked anyway, never losing an opportunity to stab my children’s bubbles.  “She’s in control,” said Ella.  “And how would you feel to know you had loads of strangers perving over you?”. “It would make me feel good about my body” replied Ella.

These are little offcuts, things that pop in your head, what you see around you and what you take notice of.  You can try and put them together, but they’ll never fit, are best just stacked like tarot cards, to shift through later to look for answers to ‘why?’.  These things are what you take and make into the art, be that made by the tip of a pencil or the tip of a tapping finger, what happens around you, breadcrumbs perhaps leading into future dark woods, or nothing more important than the shape of an ejection seat handle.