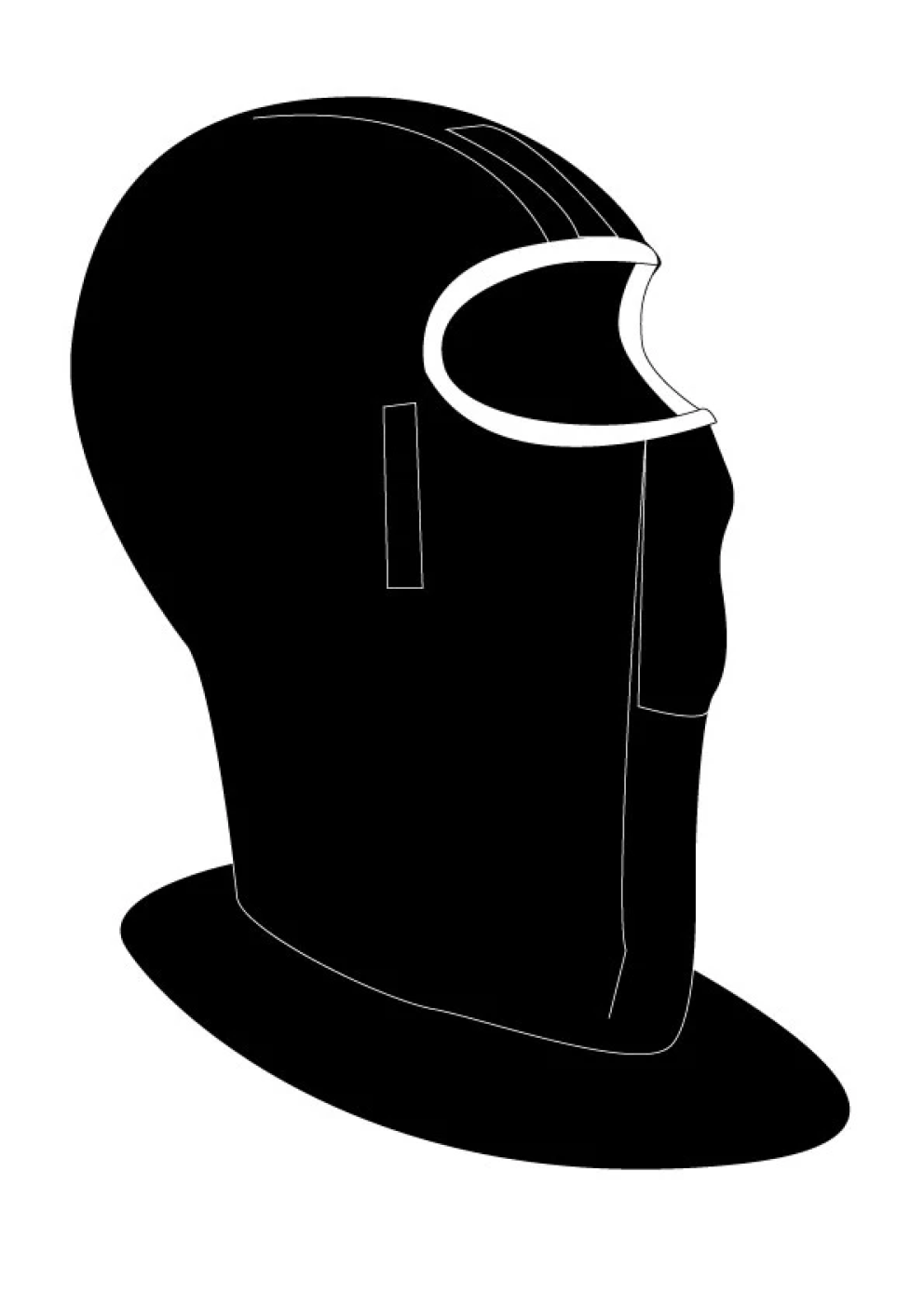 I was asked the other day about the one piece of gear that I used that’s most heavily modified, the conversation one on perfect gear. I thought about it for a minute, thinking about all the kit I make on my sewing machine, bivvy bags, sleeping bags, bags for stoves, strange pockets sewn into underwear to take phones and iPods (so they don’t freeze and die), camera pouches, funny straps and tabs on jackets and pants. In the end, I said, “my balaclava”, which came as a bit of a surprise, the person asking the question replying “A balaclava? How can you modify one of those?”

The following is a rundown of several additions or mods you can make to a balaclava, designed to make it far more functional for climbing, especially for winter climbing and expedition use. Some features will stop the balaclava from being able to do double duty as a hat (rolled up), so an extra balaclava might be necessary (or a hat), which can be worn under the extreme version.

Balaclava model wise, I think the Powerstretch balaclava is still the best model, drying fast, lightweight, and not too hot when moving. It’s important to get a model that fits under your chin comfortably, so you’re not chewing on the material all the time.

The following mods do not require a sewing machine and can be hand sewn, but a normal domestic model works fine. You will need some stretch fleece, ideally power-stretch (some “stretch fleece” will be the same, but check before buying), 25mm velcro, edging tape (lycra), grosgrain ribbon tape (10mm), 25mm plastic toggles, and polyester knit-mesh (medium or heavyweight), all of which can bought for very little. Companies to check out include Profabrics (UK),  Seattle Fabrics and Ripstop by the Roll (US), and Extremtextil/ (EU).

I think this idea might have originated from Brian Hall, and did a feature on a design of Helly Balaclava in the 80s. It’s a 10cm+ valance or skirt, which runs around the base of the balaclava, creating something that looks like a Tudor ruff! This creates a proper seal between the balaclava and the neck, which means spindrift, wind and general nastiness does not creep into the gap. Another bonus with this is that you can dispense with a neck gator, or just use a light Buff, which keeps down bulk around your neck (which can hinder a good seal around the face with your shell).  You can get some further use out of this by sewing a small velcro pocket out of fleece for an iPod/mp3 player into the neck area (so your device sits above your chest strap), with the hole running through for your headphones (great for long ski treks). The downside with this design is that it’s either on or off, and as mentioned above it can’t be used as a hat (well it can, but you’ll look daft!)

There is something nasty about the build of moisture around the mouth area of a balaclava, resulting in a nasty frozen mess that sucks the life out of your chin and lips. One way to reduce this is to sew a small patch of knitted polyester mesh into the mouth/chin area of your balaclava. This mesh will not absorb moisture and due to being mesh is 80% air, not fleece, meaning even when damp you won’t feel it. If you’re using a full face style balaclava, then consider cutting a hole for your breath to escape, as once the fabric is frozen it will stop being breathable (this hole will also stop moist air from being forced up into your goggles and causing them to fog).

One of the most frustrating things about balaclavas and headgear in general when climbing is that they constantly slip down over your eyes, forcing you to pull the material at the back to pull it clear. This is caused by looking up and down all the time, moving the fabric a tiny bit each time until it’s creeping over your eyes. The easiest way to remedy this is to sew a tiny strip of velcro onto the front of your balaclava, going from the brim, up to the top of your hairline (that might vary for some, so let’s say halfway to the top of your head). This should be the hard side of the velcro (not the soft) and can be thin, say 10mm (cut this from a thicker piece). To sew put on your balaclava and then pin it in place and then sew (so you don’t lose the stretch). Now get your helmet, which should have a velcro patch at the front where your forehead goes. You can either sew on a very small (20mm wide) patch of soft velcro on here (being soft it won’t irritate you if you’re not wearing a balaclava) or make a custom pad for winter climbing, using a sandwich of stretch fleece and knit-mesh leftovers. Once you’ve made the two parts all you need to do is fix the two sides in place when putting on your helmet and your balaclava will not move (if you wear a thin hood under your helmet you can all male and female velcro to this as well).

A standard balaclava is good for most conditions, the face area protected by pulling up a buff or fleece neck gator (another good spot to add knitted-mesh BTW), but in some situations, you need more protection than that, either for full-on storm use, or extreme cold/wind (say summit day on a very high peak, such as Denali for example). Here you need something better. One option is to wear a dedicated face mask over your balaclava, with the Cold Avenger mask being about the best out there for extreme face (and lung) protection, and something like the Ice-Trek Guru face mask for normal bad weather use (Scotland, winter alps etc.). Another option is to buy a British army cold weather mask from eBay (for around £6), which although makes you look like you’re from the KKK, weighs almost nothing, but provides a huge degree of protection to the face, including your nose and mouth, featuring a removable mouth cover (velcro and buttons). The problem with this mask is that it needs to be put on before you put on your balaclava, which most climbers won’t do (means taking off the helmet, balaclava etc), and so would end up being used for apocalypse days (fighting your way down from a bivy/snowhole/hut), rather than being added when needed. And so one option is to make a face mask that attaches to your extreme balaclava (less bulk and weight to carry as well). This will be attached to a mixture of velcro (soft velcro on a balaclava, hard face mask), and 25mm plastic toggles (small buttons can’t be used with gloves one), the toggles acting as a back up to the velcro (I’ve always found masks dependant on velcro ice up to the point they did not work) . You can play around with all sorts of designs, using fleece or neoprene (which will not absorb moisture and freeze), but the simplest design is that used on the army face mask, so I would advise getting one of those and using it as a pattern, starting with a model made from power-stretch lined with knit mesh, and working from their (adding breathing holes etc.).

As with most of my gear, I always attach a strong clip-in loop to the hem, not because you’ll want to belay off it, but having a way to clip off hats etc. is vital if you just want to take them off and clip them to your pack when you get hot (nor stopping to pack stuff away, and get cold in the process). If you make anything that is well-formed a that might be secured under your goggles then maybe consider covering that section with a non-breathable ripstop, to avoid wicking moisture up into the glass.

A more difficult sewing job is to sew Pertex panels along the back and head of the balaclava, creating a super-compact hood, meaning you can operate with your main hood down for longer. If you do this then leave the sides over your ears free as the rustle of the material can make hearing what’s going on far harder (and can drive you nuts).

Last of all, sew in a name tag, so the other kids don’t take yours home by accident!