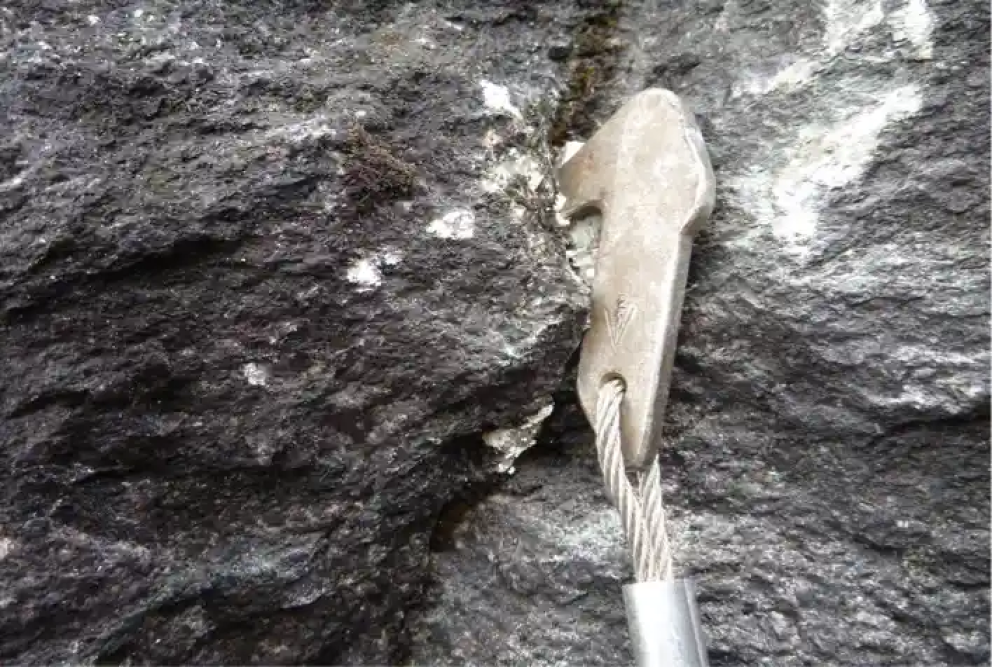 Took my first fall today. It was bound to happen with so much loose stuff around, and so much hooking. In the end, it was a rusty copperhead that got me.

I actually didn’t think they would be any heads on the route (I don’t have any!), so on the eighth-pitch I just tried to creep up to them - delicately like - back clipping as I went (if I fell I didn’t want to rip them out, as don’t have any replacements). Most were pretty grotty, but then I spied the worst of the lot. I clipped it without testing. Weighted it. Unclipped the last one. BANG.

Thirty feet later I was looking up, the fall into space. The best thing was I was glad my silent partner actually worked, I’d dropped it 3 pitches up last year on el cap, and it looked a bit wonky.  Anyway, it did.

Now my problem was how to climb past the blown head (see the picture of head -oh and ignore my dirty fingers!). Luckily I’ve ripped out enough heads to have a strategy and just hammed a beak between the head and the rock ( the alloy head must still be strong). It worked ( thank god alloy doesn’t rust).

Finished the pitch, and led a second easier one (but wet, green and mossy). I must say this is just about the worst route in the world (but then I knew that and you don’t climb the troll was due to the climbing). It occurred to me that Stevie Haston or Nick Bullock would love it here (could be freed if dry)  as it’s like the worst chosen bits of every horrible climb one on top of the other ( nick and Stevie love steep chose).

On a positive note, I’ve felt the Norwegian weather forecast has been pretty poor, as it’s meant to have rained the last two day - that is until tonight I realised it had been raining on and off all day, but the Walls so steep I feel it.

Tomorrow I have to haul my bag up to pitch 9, then lead pitch 10 and set up camp again. Hoping I can climb capsule-style from there to 18 (I’ve got 4 ropes). I had wanted to finish up the east pillar (all other parties rapped the route), but there’s snow on the summit, and it’s probably prudent to rap back down (although a 600-metre overhanging rap is far from an easy option).