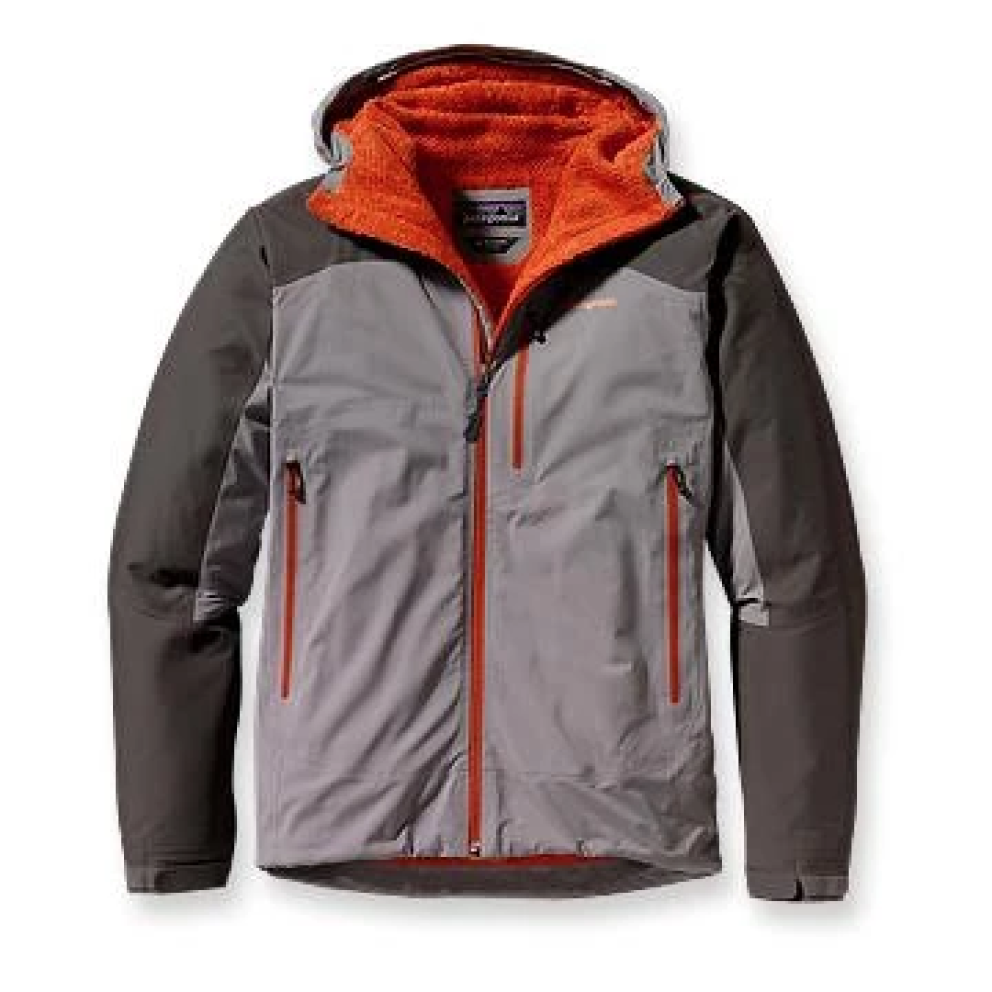 As some people may have spotted I stopped working for Berghaus last year, basically because I didn’t have enough time to focus on my role there (I was working with the design team).  The one thing Berghaus lacked was a good ‘real’ softshell system (as sold by montane, Buffalo, Paramo, Patagonia), so on leaving - and being too mean to actually go into a shop and buy stuff - I got back in touch with my old sponsor Patagonia and asked if they’d have me back.

I remember Rolando Garibotti telling me that Patagonia was like a family and once you’re in, your in for life, standing by you in the ups and downs in your climbing life.  Sending off my Email to Patagonia Europe I was expecting a “thanks for the memories” kind of reply, but instead, I got a thumbs up (Chuniard thought my Patagonia film was one of the best climbing films he’d seen, so maybe that clinched it).

Maybe forgiveness for past transgressions is what being a family is all about.

Anyway yesterday was the first time I’d been out on the hill in my new kit (doing an unspecified line on Corrie Lochan - which means I got off route), but putting on my new speed ascent top and pants at 5 am I suddenly came up with a conundrum, you see there was something wrong with the design.  Should I blog about it and flame Patagonia, or should I be a good brand poodle and keep quiet, and just say “I know” and nod when other people (who’ve bought the kit) ask if I’ve noticed the same problem.

My ex-wife (well future ex-wife) tells me all the time I have no impulse control (as demonstrated by me telling the Prime ministers wife that Karen “is a recovering alcoholic who gets violent when she drinks”.  But I guess impulse control doesn’t really stretch to blogs.

I’ve been involved in the Patagonia softshell since the start, working on proto’s from the Inferno, to the mixed master and speed ascent.  I always thought this was the highpoint of softshell design and function, and kept me comfy from Patagonia to the alps, in temps from summer north faces to Alaskan winters.  But donning the latest incarnation I noticed a few changes.

First off the fabric seems a big improvement over the last suit I had, which had a kind of bonded construction (more glue meant less breathability).  This years model has a more old school shell and liner construction that felt far more breathable, along with bonded seams and better DWR (even very water-resistant fabrics tend to fail at the seams).  So far so good.

The first thing I noticed about the jacket was the velcro seal on the hood had been replaced by a full zip (the old model had a zip that went to the base of the neck, with a velcro strap locking the hood).  This system was fantastic as it meant you could pull your hood up and down and adjust the tension super easily, plus you could get the hood to seal tight around your neck up or down.  The new zip system means you have to scramble to find a zipper, which although no biggy, requires more brain sparkplugs to fire.

So far nothing’s a deal-breaker.

Then I put on my pants and found to my horror that someone in the design department had taken one of the best hardcore alpine pants, beloved by climbers everywhere, and forgotten that we sometimes need to take a dump!  What was missing were the short side zips that allowed the seat to be dropped, a simple and effective system.  Now you just have a convention trouser with braces.

Straight away I had flashbacks to my old Javelin salopettes, which suffered the same problem (a problem well known by British alpinists), namely to take a dump you needed to first take off all your main top layers.  Not good.

In order to dump in the new pants, you’d first have to get rid of the braces and wear them like conventional pants, but even then it’s going to add more faff with a harness etc trying to pull them down (I wear a non-adjustable leg looped harness so it’s an even bigger pain).

What we now have is one of the best clothing systems for snowboarders, skiers, snowshoers and for day routes, but a compromised system for alpinists, simply because of a lack of two zippers.

So am I saying don’t buy the new Speed Ascent?  Well no, I still think (even without a changed hood), the jacket is one of the best bits of winter kit out there, freeing you up from the armour of a full-on shell, and remains the high water mark for what real softshell should be (plus it comes in sexy colours).

As for the pants - I also think the pants are really nice, but hand on heart I just can’t recommend them to anyone but the most constipated of climbers.