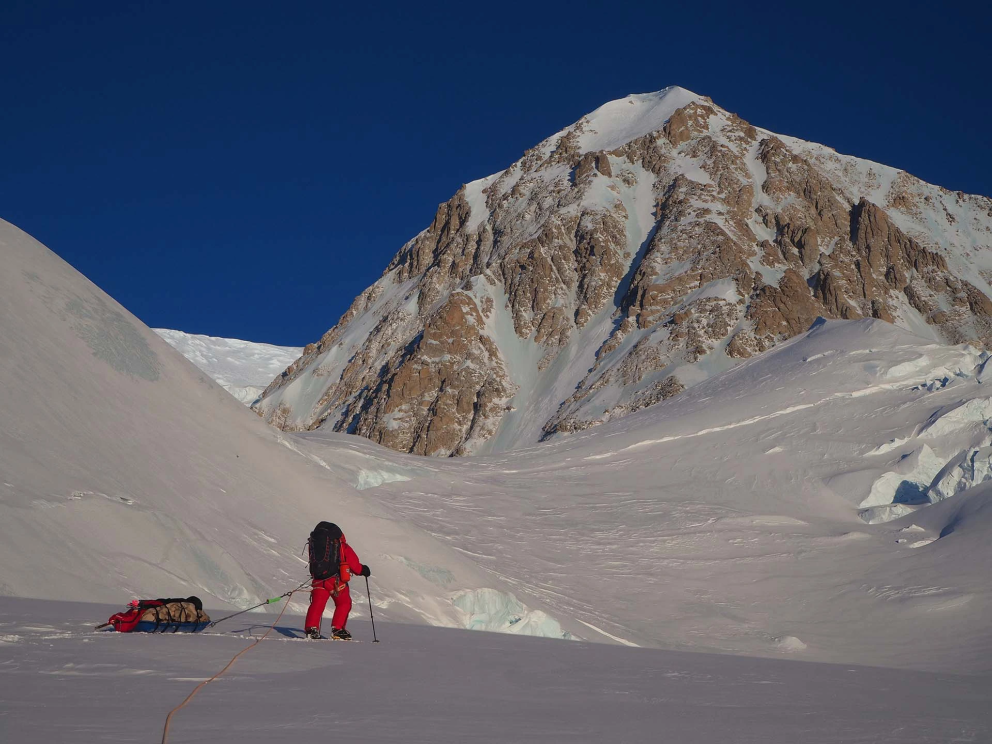 I once went to a party with Joe Simpson after a speaking gig, long before the documentary ‘Touching the Void’ had come out. He began telling me loads of funny stories about people’s reaction to his book. I’d seen people visibly angry at Simon Yates in Q&A sessions, about ‘cutting the rope’ so I knew the whole issue was loaded with craziness. Joe told me this story, where he was being interviewed by a journalist about being in the crevasse, telling him how utterly hopeless the situation was. “If you don’t mind me asking,” said the journalist, “why didn’t you just call someone on your mobile phone?”

The idea of ‘staying in touch’ used to be an anathema on long climbing trips and expeditions, where, once upon a time, when you dropped off the grid you stayed off the grid, the only contact before mobile phones and the internet being the prehistoric landline (even tracking down one of these could be tricky).

The satellite phone changed that. Now, for the same price as ringing from a mobile abroad (about one dollar a minute), you could call anyone on the planet from anywhere on the planet, plus text much more cheaply than this, as well as send and receive data (emails and very low-quality image files) when linked to a PDA, tablet or laptop.

I’ve been on several trips where we had satellite phones, some with very little credit, used just to contact pick up pilots or SAR, and others with hundreds of minutes of credit, allowing people to ring home once a week, plus get their emails.

The problem with the satellite phone is the problem with all mobile forms of communication - it introduces the flexibility of indecision, and allows people to be constantly in touch.

This means that on some trips, partners might have been on an expedition physically, but not mentally. Due to being able to remain in touch, they might feel overly homesick or burdened by things they cannot change as they are in another world now. They may become less present, and so a liability. Also, like all-mountain tech, satellite phones tend not to perform half as well as advertised, leading to many hours of frustration, as signal drops out when you only have limited sky (mountains block the sky).

Mobile phones also suffer from being complex machines that you can become dependent on, and with the added concern they can easily malfunction, the classic problem with all phones being the charging port becoming damaged. This means you always need to have two phones, adding considerable weight as well as cost. The universal adoption of mobile phones allowed people to start staying in touch further and further out into the wilderness (the switch from 2g to 3g and 4g didn’t always increase coverage, e.g., you could once get a 2g signal on Denali, but not once the 2g signal was switched off), which again eroded self-reliance and ‘being there’.

All this being said, it would be dumb to ignore the huge leap in safety and survival technology such as satellite phones has brought about, allowing climbers like the late Tomas Humar, Alexander Gukov and Elisabeth Revol to be rescued in situations that would have been fatal before satellite technology. Another huge bonus was the ability to receive weather forecasts, sometimes in real-time from a dedicated mountain meteorologist. This has allowed routes to be climbed with far less dice rolling uncertainty in the harshest of places such as Patagonia, the Himalayas and Alaska (you can receive free texts on an Iridium, so climbers often just have a friend send mini weather forecasts daily).

I often thought that if you were to make a wish list for a device it would go like this:

Such a list as this was, of course, wishful thinking, and although devices came along that ticked some boxes, such as the Spot and Iridium GO, none hit them all. Then Iridium answered all our prayers.

The Garmin inReach Mini
It might sound a little like PR spin, but I think the inReach Mini is a game-changer, up there with the head torch when it comes to climbing technology. This device ticks every box on my list:

The combination of all of the above gives a device that can sit in a pack or pocket without any dilemma, and allows you to stay in contact with everyone, both supporting elements (outfitters, porters, fixers, Air taxis etc), as well as other members of the team, say people at base camp and people at higher camps. The inReach can also receive weather forecasts from the Iridium network, allowing you to get updates every few hours, giving short-range and longer range (premium) forecasts.

The way the device works is that you sign up for either a yearly contract or a single month at a time ‘freedom plan’ contract (25% more expensive), plans ranging from the bare-bones ‘Safety’ plan for occasional use (€20/€15 payment for 10 Messages, unlimited presets, weather and rescue), or something like the ‘Recreation’ plan for big trips (€39.99/€29.99 for 40 messages, unlimited presets etc). Each contract can be put on hold at any time or switched around, so you could use an ‘Expedition’ plan for an Alaska trip, then switch to a ‘Safety’ plan over the winter, giving you an EPIRB for texting while in Scotland or the Alps, for example, climbing or skiing.

The device is very much the type of thing Liam Neeson would stick in his socks, and is also handy for general international travel, being cheaper and more reliable than trying to use a mobile, yet allowing you to stay in touch (great if your family get taken in Istanbul).

So there you have it. It would be stupid to turn your back on technology, especially when it’s as well designed and practical as this, and I’d recommend the inReach Mini to anyone who goes beyond the boundaries of safety and wants all the help they can in getting back.

Note: I have no association with Garmin and bought my inReach Mini from Outside in Hathersage.