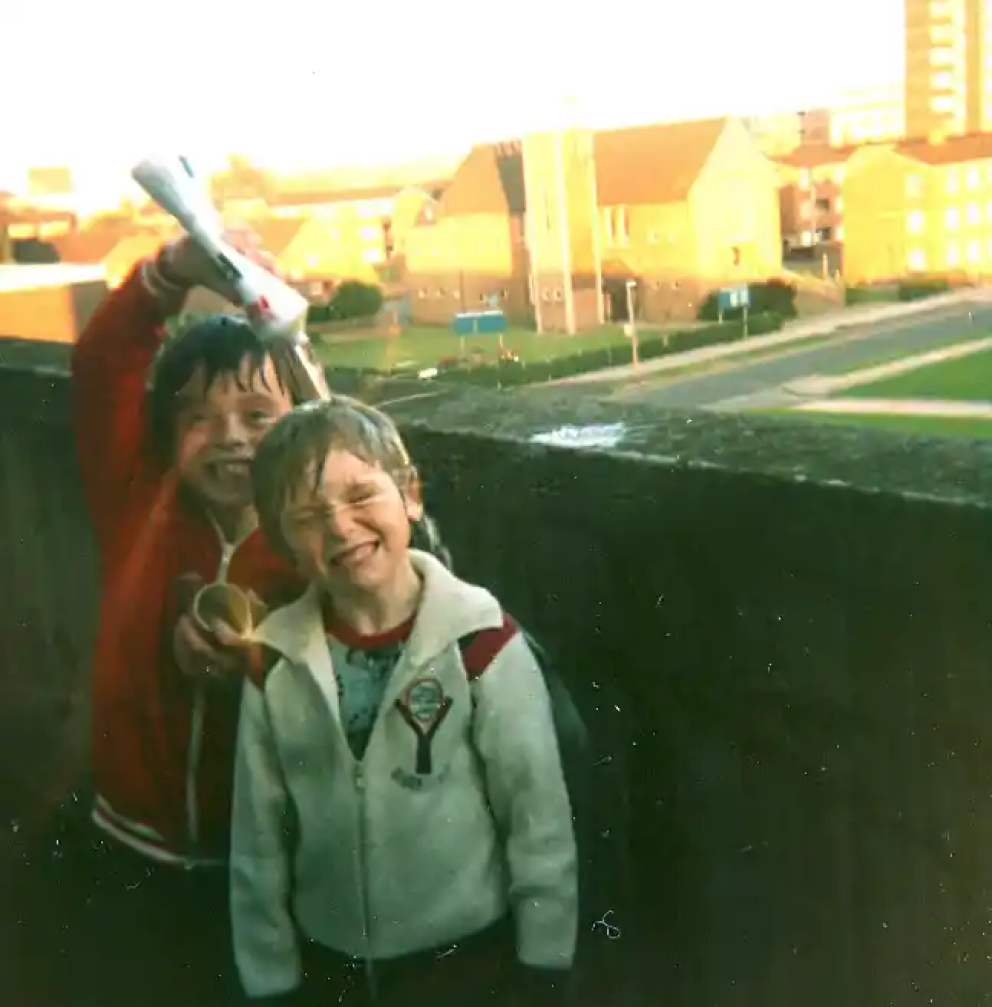 I just found this picture of my brother Robin, taken on the balcony of the flats we grew up in. Robin is two years younger than me and has always been a grafter, all three of us (I have a sister Joanne), having some kind of divine grafting spark (it wasn’t divine at all, it was just not wanting our kids growing up in a slum, or be dependant, that’s all). Being a grafter he grafted all through six form, stacking shelves, then went into the airforce, where he’s grafted ever since. Unlike our dad, who spent his whole life in the military without a bullet being fired in anger, Rob has been in the war business all his life.

He got the tail end of Northern Ireland (he was a driver, and knew how to fire a Browning hi-power through the windscreen ), and then worked up to be loadmaster, going to Sierra Leone, then Afghanistan, Iraq, Syria, and other hot spots. He ended up doing SF stuff and had tales just as scary as mine – only others were trying to kill him, not just himself.

Unlike other soldiers I know, who were front line, who had it tough, they were able to step away and gather themselves before going back, people like Rob are always at a high tempo. I feel he’s been living at speed, never sure what’s coming next for about twenty years. No, he’s not some SAS, SEAL or Green Beret who can sign a book deal or talk about killing people on TV, but instead, he’s one of the hundreds of thousands of grafters in the military who give more than they can afford. Yes, I know some imagine people like my brother are brainwashed morons for being in the warfighting business, but they’re wrong, and such an attitude is what makes it worse when they come back from what they do. Yes, I think some at the tip of the spear find this killing business thrilling, but the rest do what they do for love; not for queen or country, but for each other, even you, and the belief they are there not to fight wars but to stop wars being fought.

My brother Rob is not just a grafter, but one of those ‘rough Men’ (and women), who really watch over our peaceful lives and allow us the luxury to wonder why we even need them at all.