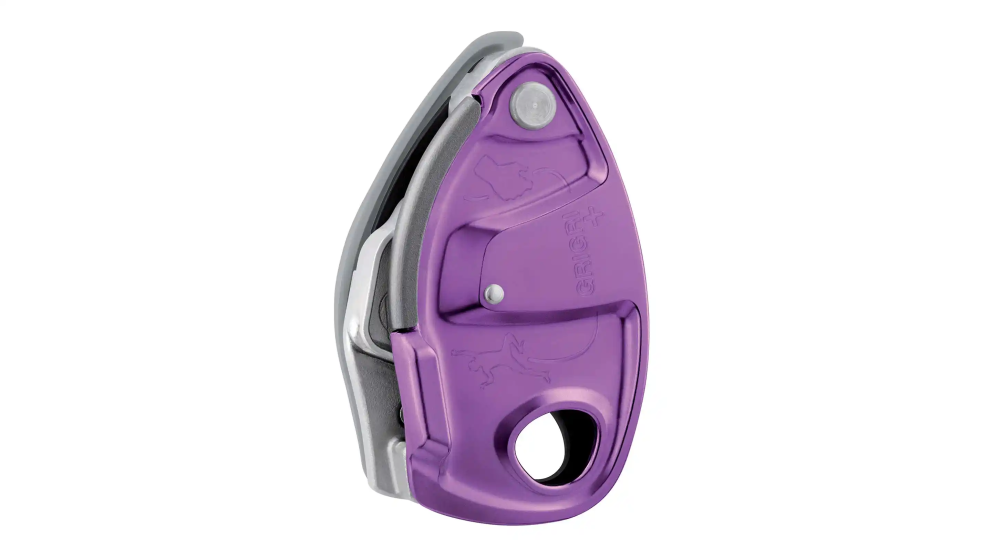 I’m not a sport climber, in fact, I suffer from a lack of motivation when I find myself at single pitch sports crag, a mix of not being strong enough, and bolts not offering that scratch to my itch.  I do like multi-pitch sports routes or mixed routes with bolts and gear, but I tend to like the more meaty fare.  I tell you this as I’m writing here about the Grigri which tends to get buttonholed as a device for sports climbing, which isn’t, being actually an amazingly flexible all-round belay tool, that adds a significant amount of safety and function to a climber’s tool kit - if used properly!

I’ve used Grigri’s on over forty big walls, both sunny ones and alpine, used them on the Eiger and the Grande Jorassses and Dru, as well as down the wall.  On a big wall climb, the belayer can often end up belaying for many hours at a time, with very little warning coming before a fall, meaning the Grigri is a very effective insurance policy to inattention.  A second bonus with the Grigri you can still do all the housework needed on a belay, sorting out ropes, sending up kit, even cooking or taking a crap!  And then there’s all the other stuff, like an ascender, for self belaying when short fixing or soloing (the Grigri is NOT designed for rope soloing, and an expert understanding is required in order to grasp its terminal limitations), light hauling, lowering heavy loads, as an autoblock when bringing someone up a climb.  Oh and then there’s the stuff it’s designed to do, be a belay device that locks offs and stays locked off as the leader fucks around trying to send their ‘project, help reduce those dangerous distraction falls, when you’re talking to someone and your partners pop off.

Although there several auto-locking belay devices on the market the Grigri has always dominated, with the Grigri mark one being the standard.  When the first model came out a skinny sport climbing rope was 10mm, with most climbers using ropes between 10.5mm or even 11mm.  As ropes got thinner in thinner, first 9.5mm, then 9.1mm, then sub 9mm, the Grigri’s ability to provide the necessary dependability and security slipped, and although the mark one had been used on ropes down to 7.5mm, there were no guarantees.  And so the Grigri 2 was introduced, designed to work on ropes between 8.9mm and 11mm.

The mark 2 was a kind of thoroughbred Grigri, small, lighter and more compact, with the sweet spot being for ropes about 9.5mm, designed really for sports climbing, the big marker, making the mark one look like a bit of a beast, a workhorse,  not working so well on the skinny ropes, which seemed to rattle around a bit, but good on the thick, big chunky bloated ropes, furry and gnarly.  The industrial nature of the mark one had been one of the reasons big wall climbers and industrial users had liked the device, and so Petzl’s decision to drop the mark one was not universally seen as a good move.  On the industrial side this wasn’t a problem as Petzl had introduced the super Grigri a few years earlier in the form of the Petzl I’d, a larger body that had some great features, such as being able to insert the rope without having to unclip the device, as well as a handle design that if pulled too hard would actually release the cam instead of holding it open, a kind of dead man’s handle.  This feature is a boon for novice climbers who might pull back too hard when lowering, but also when the handle might get blocked or hung up on slings or your body, a feature lacking on the mark one or two due to its complexity.  And so with the death of the mark one very soon certain climbers were holding onto their mark one Grigri’s a little tighter, dissing the mark two as being only for lightweights.

But those people at Petzl do listen, and seeing that there was a demand for something between the mark two and then I’d, a kind of heavy-duty climbers Grigri, both for heavy-duty climbing as well as outdoor centres and industrial users who want something lighter and cheaper than the I’d, but with the same kind of functionality.

And so we have the Grigri +, a very smart improvement, that gives you a device that looks almost the same as the mark two but has some major improvements.  These are: So is it worth dumping a Grigri two and upgrading?  Well if you’ve found the Grigri 2 works OK then no, but if you’re unhappy with it, finding it’s not working with chunky ropes, then yes.  If you want to replace a Grigri mark 1 then this is very much a step up in many ways, and the mark 1 has several issues that are rectified in mark two and the plus (the shape of the handle where the thumb rests, for example, being cut away now is designed to reduce the risk of you blocking the device with your thumb, a major safety flaw with mark one).  The plus is also ideal for anyone who’s introducing the Grigri to someone who’s not used the Grigri before (I see a lot of adults getting their kids to use a Grigri), being more forgiving and safer, maybe more so than any other current auto-locking device.  For my own ends, I’ve found the plus much better for me than the mark two, the extra weight more than made up for by the extra functionality.