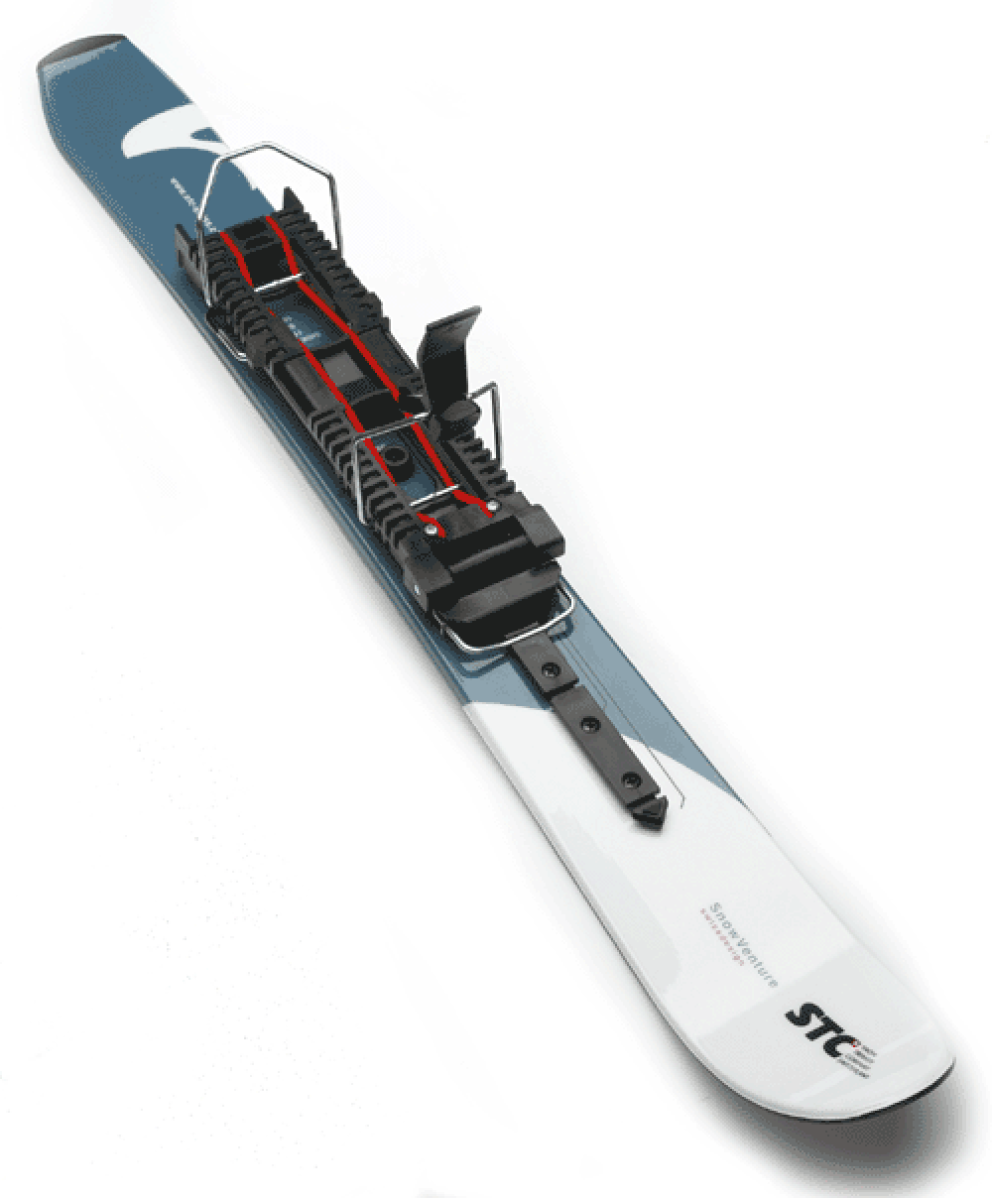 I can remember about ten years ago, when Salamon Snowblades first appeared on the market, telling the UK rep Pete Rostron how great they would be for climbers if only they had a simple heal lift binding.  Every time I saw him I’d tell him the same thing, and every time he laughed, thinking I was joking.  I wasn’t.

I’d seen people using tiny skis in the Alps in winter, and had seen how Paul Ramsden had used a tiny pair of woman’s calving skis to great effect in Patagonia, as well as using short - but heavy - Firn Extreme skis myself, and new that there was a need for a very light, short and cheap ski that bridged the gap between slowshoes (sorry - snowshoes) and full mountaineering skis.

The reason Pete laughed was that he was a skier, not a climber, and knew that such a ski would be simply rubbish; having poor floatation on anything but a piste (you’d sink), poor control (too short) especially when wearing plastic or leather boots, and basically suck at being a skiable ski.  But Pete had also never used snowshoes, because if he had, he’d know that even with these drawbacks - they would still be potentially better than snowshoes.

Another factor was Pete didn’t realize that many of the users couldn’t actually ski anyway, and simply wanted a bit of a plank to shuffle on, and maybe side slip down the easiest pisted runs at the end of the day, and if it got dicey then they’d just take them off and walk (walking downhill is easy anyway - even in deep snow), which is what they’d have been doing anyway.

In the intervening years, a few such skis have come and gone, some good (Kong Grimper and Rossignol Free Venture) and some Mickey mouse.  Climbers also took matters into their own hands, cutting down knackered old skis and sticking on a light ski mountaineering binding like the venerable Silvretta 404.

Skis themselves also began to conform with what a climber ideally needed, becoming shorter, fatter and more idiot-proof (skiing with modern skis is very easy to learn), and it was only a matter of time before someone came up with the ideal package for climbers.

This has appeared in the form of the Hagan Nanook, probably the best buy for climbers faced with long (or short) approaches through deep snow, but who don’t want to carry full-sized and full weight skis (they are light enough to carry up and over), are happy to live with very basic skiing on hard neve or pistes (akin to glissading really) and also want a low-cost option (half the price of a full mountain ski version), plus one that can be used a full-on ski (well skiboard) in ski boots for fun days on the piste (great for crap weather - keeping you out of the death zone!)

The Nanooks come with everything you need including bindings that will take any boot that will take a step in, and skins, so you can shuffle with ease.  They are short enough to stick on your pack (99cm) and light enough to carry when climbing (1390g), and cost under £200, which isn’t bad when you see the quality of the ski.

Being fat these skis have an OK floatation, probably about the same as most snowshoes, but with the added benefit that they require less effort to move and work better when traversing.  If you’re used to full-size skis you will be disappointed, as the floatation and glide are much lower, but compared to walking it’s a million times better.

Fitting the boot to the binding is simple enough, and can be adjusted without tools, but I did find the bar that flips up for climbing steep ground flipped up of its own accord, either due to catching on the binding as you walked or on the boot itself.  This could be remedied by changing its width using a vice, or by removing it all together.

The skins are wide, and offer very good traction (but without great glide), and come ready to use, and most users would be best advised to put them on at home and leave them on (the whole business of ski skins is an art).  If you were a heavy user I’d probably advise getting hold of some kicker skins, which would improve glide and reduce weight.

For non-skiers, or anyone using these with a heavy pack, tired legs and bendy boots, coming downhill can be a trial, and you are often best taking them off and just walking unless the snow is super deep.  Another option is to rap cord or slings around the ski to give better traction downhill (this will have to be binned afterwards as the edges will cut the material).

Finally like all skiboards, these are great fun on the piste (ideally with skins removed and proper ski boots!), and a good introduction to the fun that can be had on skis, plus they will give you a head start on most walk in’s, be they alpine or Scottish.

At the moment the best place to buy the Nanooks is from is Braemar Mountain sports (they’re not on their website, so give them a call on 013397 41242 if you want to know more.