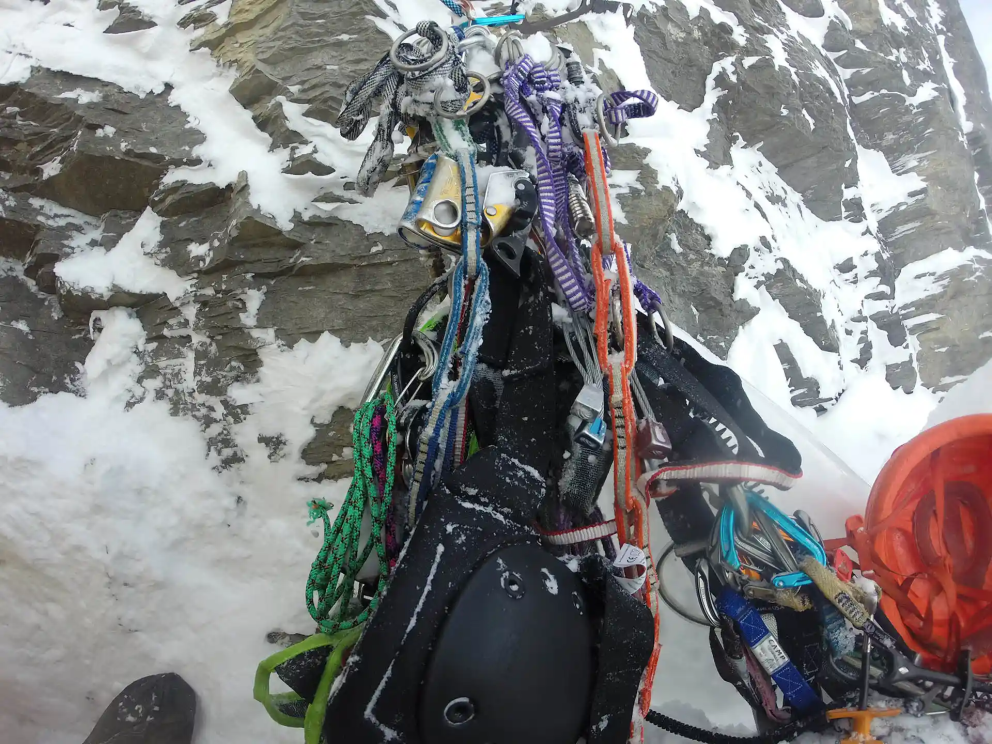 Day ended better than it started. Hardly slept because of the avalanches (a part of my brain didn’t believe I was safe). Meant to start early, but hung on till 12 just in case any slopes went. One did. Started up jugging my fixed rope and hauling my haul bag as I went. Bloody hard work and I can see why Ueli Steck made such a big deal about hauling after his 7 days soloing the young spider.

Also ended up running on empty having only eaten 3 Ginger biscuits for breakfast. Tomorrow I’ll learn from today’s lessons and mistakes.

Only made it up the first 200m of the route with lots of snowmaking it slow going. The ice seems to be patchy and ended up doing some fun dry tooling (the only problem is the rock has the habit of exploding if you tourqe too hard.

I brought my portaledge (a hard call, but having read the last winter ascent of the Harlin - which tuck 5 days and by the most gnarly team of Russians, I thought it was worth the hassle). Anyway sleeping tonight in a little Eiger bunk, a slot about 2 feet high beneath a small buttress (I was too shattered to put up the ledge). The only problem is I keep banging my head - sort of reminds me of a certain Patagonia bivy.

When I was digging it out ( wishing I had an adze or better still a shovel) I suddenly wondered what john Harlin would have got up to if he hadn’t died up here?

I hope I finally get a good nights sleep.

Posted from my iPhone