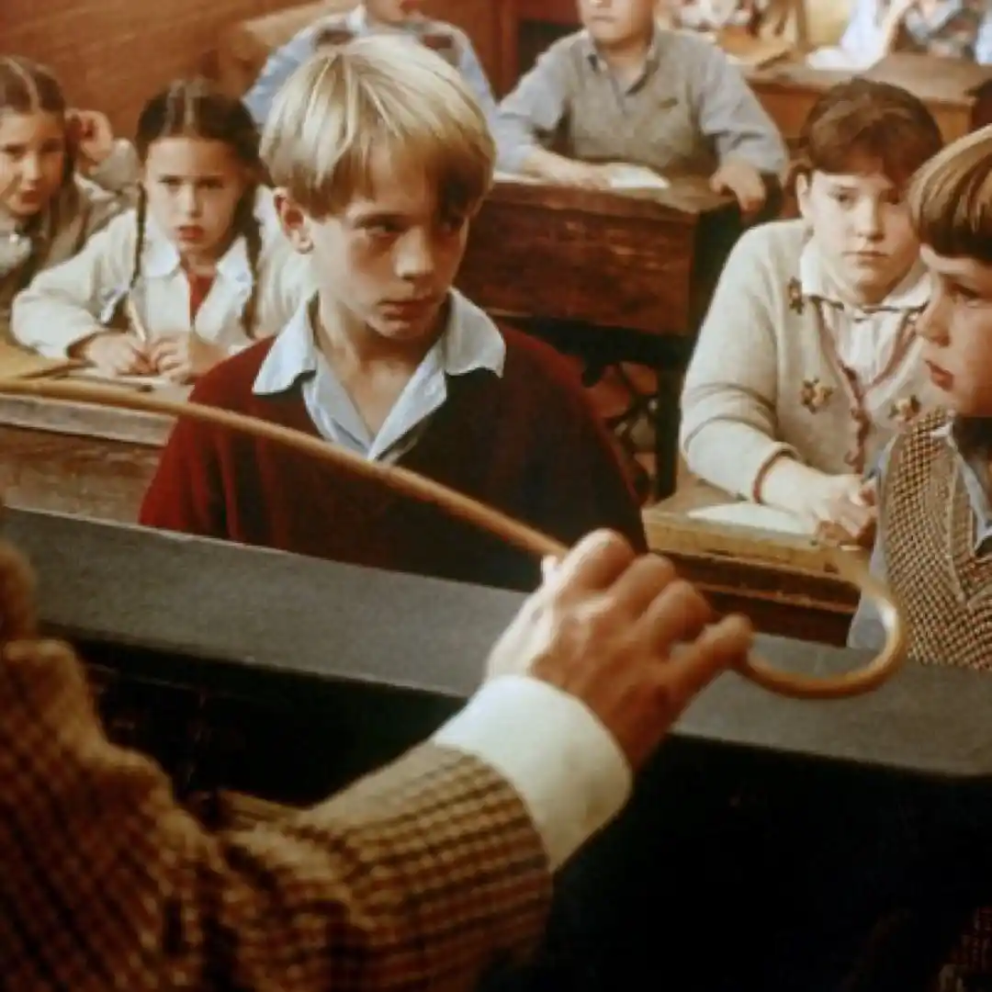 I went to quite a rough primary school, as in the kids were rough, and so the teachers were rough in return. I was a good kid, but I still got the' the ruler', and once, something more severe, which was dolled out in a corridor by the headmaster. What it was, I don't remember, but I had to bend over, and the headmaster took a run-up. The junior highs school was rougher because it took kids from two primary schools, the other being even worse than ours, funny, as it was only about 500 metres away, the junior high in between. Here the teachers were very strict but fair unless you were marked out as trouble. It was here I learnt how impossible it is to dominate and control some people, kids who had nothing to lose in losing it all. No matter how hard they were shouted at, or punished, or squeezed, somehow they'd squeeze through the teacher's fingers. Kids like that should have been sent to sea, but I suspect they ended up adrift.

Looking back as an adult, you could see that some kids were fucked up, a danger to everyone, and some were sexually abused, as they said and did things no twelve year old should, yet it seemed normal when all was considered. Secondary school was different; it was full of hippies who wanted to be called by their first name and be your friend. We didn't need friends, we needed people to keep us in line, and so the bad kids abused their soft nature and terrorised everyone, school days like going to prison in semi riot every day. If we'd have been able to vote for capital - or corporal - punishment as kids, I know we would, but instead, we had our educations sacrificed for idealism. What pain we were saved from was dealt out tenfold by ourselves.

I suppose this was the time I started to fear hippies and their idealism; as it appeared, it wasn't them that had to suffer, but the sacrificial poor. I was reminded of this fact when people - with protected lives - shouted to defund the police, and reminded of it again when I see the murder rate going up by 30% since, even 70% in some cities, with the people being killed not idealistic hippies, who would judge me for writing these words, but the poor black people they'd hoped to save.