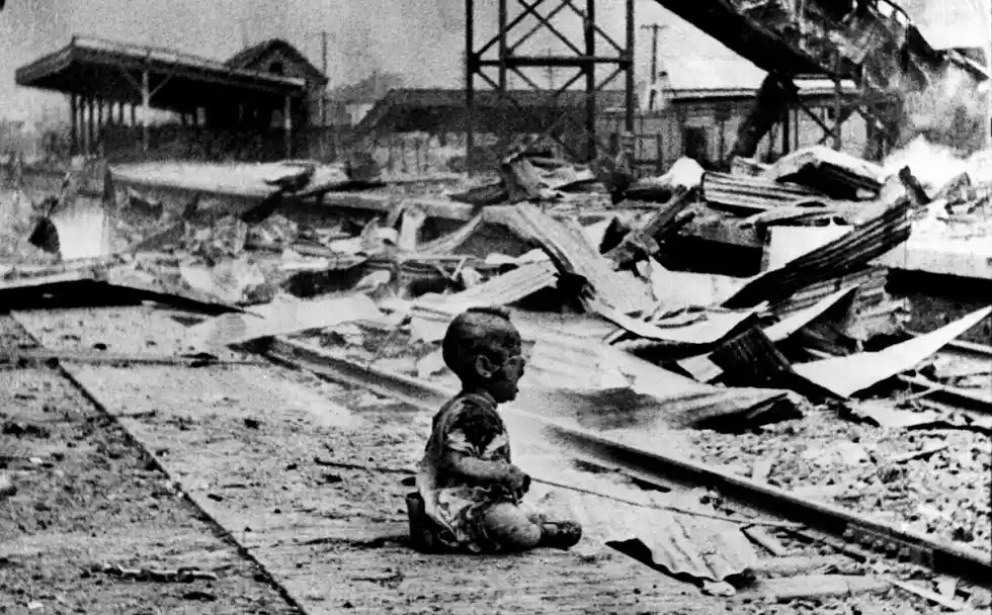 I saw something on social media today that really made me despair. It was a picture of the Hiroshima peace memorial, one of the few buildings left standing after the bomb was dropped on the city in 1945 (saved because it was directly under the blast). The message below it, from someone who’s a very nice, kind and intelligent person, went like this:

“I often feel ashamed to be British but yesterday I felt uncomfortable in my own skin. Every country has its bad history but I hate the Americans and us for what we did to the Japanese. This building is a memorial of the Hiroshima atomic bombing, one of very few that just about stood the blast. I’m glad they left it.”

To say I was stunned by this statement, and by the comments - with sad emojis - would be an overstatement. I was just appalled at the lack of understanding, the historical illiteracy, from someone who’s smart enough to know better. I felt the same when Obama all but apologised for dropping Fat Man and Little Boy on Japan, the moment that I began to doubt just who Obama was, what lay behind the charisma, how someone that smart could say ‘sorry’ (could you imagine if he’d stood in Auschwitz and apologised for the bombing of Germany, what people would have said, that fact few even noticed a sign that few just did not know their history - ever Obama). This is not to say that we should question what we did, the firebombing of Japan and Germany for example, but to say “sorry” or feel guild, these have nothing to do with a rational view of history, which tells us that those bombs saved millions of lives.

I should not be stunned. I should not be surprised. History - you see - is a problem for the postmodernists, the Marxists, the socialists, those who wish to spin a narrative designed to make young men feel ashamed of who they are - where they came from - a Western disease that rots the minds and fills it with guilt. No history is a problem as it undermines so many narratives we’re meant to follow, the past another country far too many have no interest in visiting

Note: image above is not from Hiroshima or Nagasaki, but Nanking, China, a story worth studying by the young.