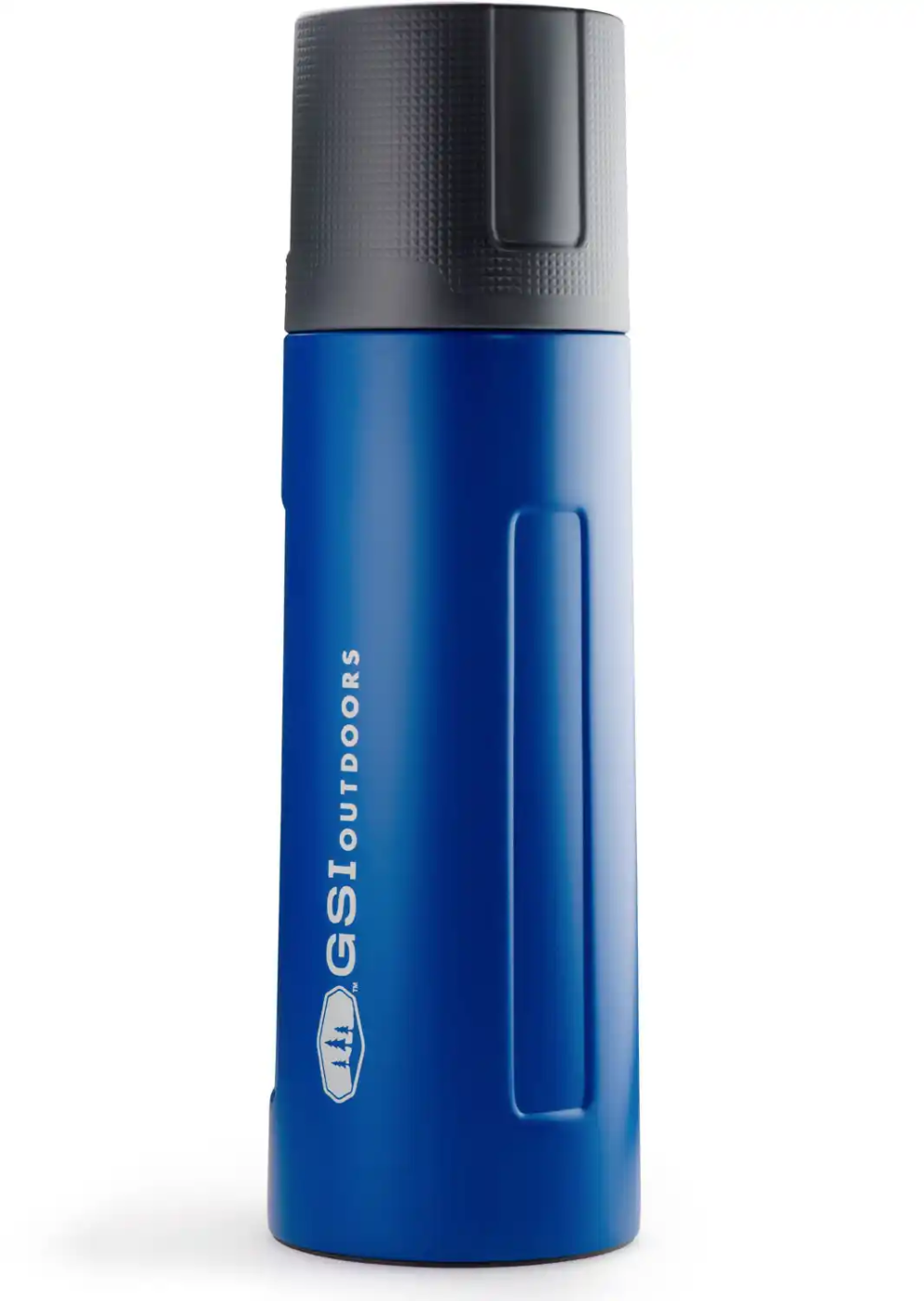 I know I’ve told this story before, even though I’m not sure if it’s true, but The North Face once asked Mick Fowler to design them the ultimate mountaineering pack, Mick a man perhaps more qualified than anyone to nail such a brief.  The pack Mick showed the design team, the one he wanted, was one of the first Karrimor designs, made from canvas, huge, and with big side pockets.  “Side pockets?!” the designers said, imagining it a joke, “what do people use side pockets for?”, to which Mick replied, “that’s where you put your flask”.

The humble thermos flask is not something most climbers would imagine being much use, being heavy and bulky and more in line with what the picnicker would go for, rather than the hardcore climber (BTW I don’t think Mick actually carries a flask).  When it comes to climbing that’s obviously true, a small stove and a canister of gas doing the same job multiple times for less than the total weight of a flask.  Even when heading into the hills in winter for single day climbs taking your jet boil style stove and a tiny gas canister can produce far more brews for far less weight, but personally, I’ve always been a big fan of the thermos flask, for mountain hiking and easy routes, sort of classic mountaineering, as a brew of hot tea and some chocolate or biscuits can really put the icing on the cake of a perfect day.

I know a lot of people who carry the small half litre life-systems style flasks, as they’re light and compact (Andy Parkin was the first hardcore climber I met who always carried a flask, which I found surprising at the time).  Personally, I’m not a fan of the really small flasks as I find they get cold too quickly, but then I’m a hot tea nazi.

Flasks come in two main types, the 12-hour ones and the 24 hours ones, with ‘hot water rather than lukewarm, being about a third of what it’s rated on the box.  A bigger flask will always stay longer than a tiny one, as I guess it has more dead air around it compared to a skinny slim style model, and I tend to carry a 1+ litre flask instead of a Nalgene bottle on day routes.  (Having a flask of tea in the car is also great at the end of the day along with biscuits!).

I’ve been using the same Thermos Stainless King Flask (1.2L and 690g) flask for a number of years, taking it up the Troll wall and El Cap, plus to Antarctica, plus Welsh and Lakes peaks and it’s still going strong.  Recently though I switched to the GSI Stainless flask, a little lighter model (660g) that’s main advantage is it keeps water hotter for longer (GSI say 30 hours).  One detail I really like about the GSI is it has a multi pure top (you don’t want to be taking the lid all the way off) and a rubber bottom, which stops it skating away when you set it down on stoney ground.  The GSI also has a rigged cup that makes it easier to get off with gloves, but often for expedition use, it’s worth increasing the grip by glueing on some kick tape.

Where the humble flask really shines is on expeditions, especially arctic and Antarctic trips or in the high mountains.  What they’re used for is creating a once a day cooking system that greatly increases efficiency as well as lowers the amount of suffering.

For this system you melt snow and boil water only once a day, in the evening, using hot water in your flasks for the following morning and afternoon.  To start always try and retain some water in your flask from the day, as having some water speeds up snow melting, emptying it into the pan and adding snow a bit at a time (remember never just fill the pan with snow).  Now with everyone fed and watered you continue to melt snow, boiling it before adding it to each flask (1 flask per two people), as well as lukewarm/hot water for Nalgene bottles for the next day (these can be used as hot water bottles).  On big trips having a funnel to fill flasks is a good idea, and one reason why sledge expeds often take a big kettle (I use a Kirtley Kettle) instead of a pan, as no cooking is done in pans, just water boiled to be poured into cups, food bags and flasks.  If you’re climbing on a mountain like Denali or other high mountains you should consider using two stoves, as this increases your redundancy and halves your cook time.  With this system when morning comes, the coldest hour, you should be able to have breakfast and drink without putting on the stove, meaning you can get going in a fraction of the time (there’s nothing worse than freezing your ass off in the dark waiting to get going but having to wait for a sluggish jet boil).

One thing to note is that dehydrated food requires boiling water, not hot water, so don’t use flask water for this unless it’s just been boiled.  For morning duties this works best for hot drinks, porridge or muesli.

Of course, using flasks is only really for heavyweight trips or day climbs, but for the former, I think it can make a huge dent in both the suffering levels as well as speed… plus hobnobs are only hobnobbed with a cup of hot tea!