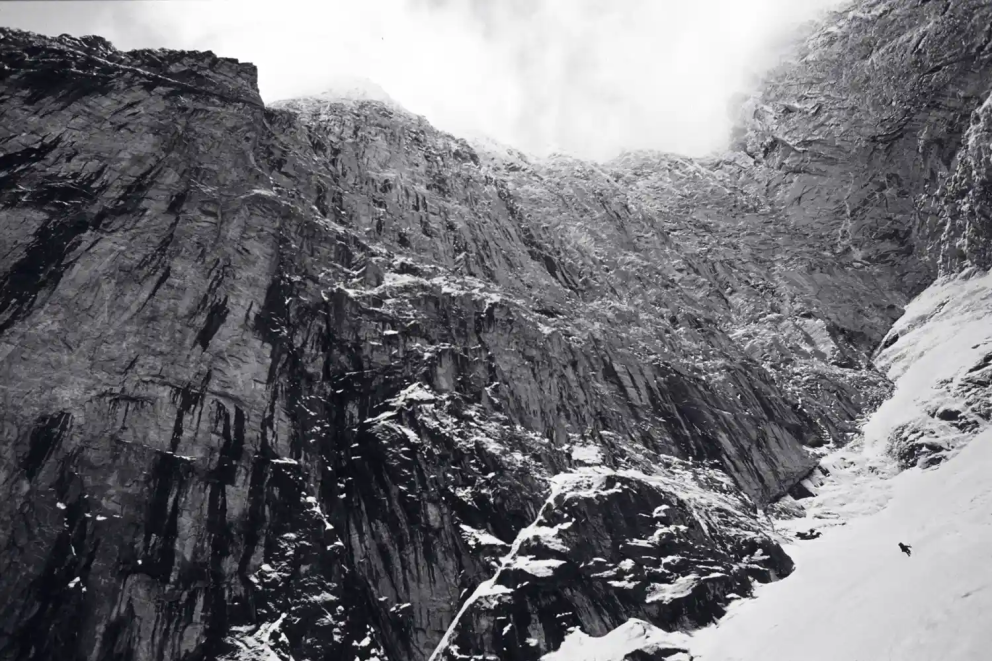 I’m sitting in a cafe in Aalborg, near the tip of Denmark, a place I’ve never been before - or even heard of.  Sat across from me is a Somali family talking far too loudly,  you can feel the tension in the room, where apart from this family; dressed in bright fabrics, everyone is white and blond-haired, all lefty liberals, yet still feeling annoyed at these outsiders, cackling in Arabic while people try a sit their lattes in peace.  I guess we don’t mind multiculturalism as long as people keep their voices down.

I’m drinking earl grey with milk (no English breakfast - but it’s better than Euroland Liptons), but they have a wifi connection and power socket for phone and computer (I’m sure someone could do a study of the modern problem of power anxiety).  I guess apart from the tea I could still be in Sheffield (there lots of Somalis there as well, in fact sometimes when I cycling into town it feels like Black Hawk down), but I’m not, I’m heading for Norway, I’m heading for the Troll wall - again!

My neck is stiff and my arse is still feeling sore after sitting for twelve hours in my car yesterday, driving up from Calais.  You’d imagine that such a drive would be frustrating, a drive of 1,187 kilometres, nothing to see but motorway banking, petrol station and picnic area signs, letting the kilometres drip by; filling up twice, stopping for a brew, taking fifteen-minute naps to stay safe (in a picnic spot - not when driving).  Driving to Norway, climbing the Troll wall, is about playing a long game.

Travelling by yourself can be dull, especially when your radio is on the blink (should have got that mended), but luckily I’m a pro at driving long distances (I’ve driven to and from Chamonix and Munich this year), and so I stuck in my earphones and listened to the last two John Le Carre’s audiobooks I’ve yet to listen too (BTW check out the awesome trailer for Tinker Tailor Soldier Spy), and a chunk of Peter Biskind’s Easy Riders, Raging Bulls, a perfect audiobook for such a drive being eight hours long.

The thing is that over the last few years I’ve spent a great deal of time driving alone, last Autumn doing thirty-two theatre dates over two months, driving a few thousand miles, kipping in my car, living in a green bubble of glass and grubby steel.  At the time I hated it, feeling that all those hours sat listening to radio 4 were wasted, and would never be given back.  You give everything you can to climb, but then find that that freedom you strove for, an unconventional life, puts you even further away from it, sitting in a car so you can talk about climbing, sitting in cafe’s writing about climbing.

It would have been great to get the ferry from Newcastle to Norway, a ferry that ran for 150 years, the ferry I took on the winter of 03 when me and Ramsden went out to do a new route on the wall, a trip the ended in failure when Paul got injured.  But it doesn’t run anymore.  Flying would have been better still, allowing me to get to the Troll in just a day, the form of transport I used on the two other occasions I went out to solo the wall.  But then I’d be having to make choices about style and gear in order to hit my baggage allowance, and have no freedom when I got to the wall.  There was no easy way.

I knew what I needed to have a chance this time - my final time - was total freedom and flexibility, to get there and take my time, choose my route, my style, to decide if it was right or wrong, to come and go at my choosing.  Maybe I won’t do it, maybe I will, but I want it to be my choice;  to either succeed at last, or know that I failed not because I didn’t have the gear, or the weather, or the time (I have no return tickets): excuses, the reason that could see me coming back again.  This time I need to climb on my terms or fail with complete certainty.  It’s me and the Troll, and one of us has to be soundly beaten.  I don’t want another rematch.

Sating along in a car for a few days is a great way to explore how you feel about such an undertaking. It struck me that this climb - or this attempt - would be drawn in so many experiences, the good and the bad and that even the drive was based on those hundreds of hours sat alone in this car.  All those hours I thought wasted had been training for this, that the key to the climb could be this drive, allowing me to bring with me a mountain of choices.

I’m talking in Oslo tomorrow night, then at a film festival on the 9th, so it’s sort of a working holiday; again a little thing that could make it easier, in that I’m making money, going for a reason other than the Troll, and so can walk away without the guilt of coming so far.  It’s never a good idea to climb with a gun to your head.

The route I’m hoping to do is Suser gjennom Harryland (image above from winter ascent), a steep aid route up the left side of the Troll, a line I think will be safe, solid and a good solo project.  The route has been climbed twice (I actually tried it on my first trip, but the guy who I tried it with decked out and thought better of it), and so far everyone has reached the top of the wall where it bisects the East pillar then rapped the route. I’d like to push it up to the top - be we will see (rapping a 500-metre wall by yourself would not be easy).

As if climbing the wall wasn’t a big enough project, I’m also hoping to film it, and blog from the wall as often as I can, not just because I might get more site traffic and sell more books, but also because it’s a very interesting experience, I’m crap at diaries, and so a blog is a good record of how I get on day to day.

I’ve just noticed that the Somali family have gone, and so has everyone else, the lunchtime rush over.  It’s quiet again, just the sound of cups and saucers being cleared away, and the hiss of the espresso machine.  I always remember when I skied across Greenland a bird landing on the ice not far from me, no doubt lost and soon to die in that frozen desert.  I’d been on the ice for two weeks.  It landed close to my pulk and began to sing.  I had never heard such a beautiful sound.