innocent as a hotdog 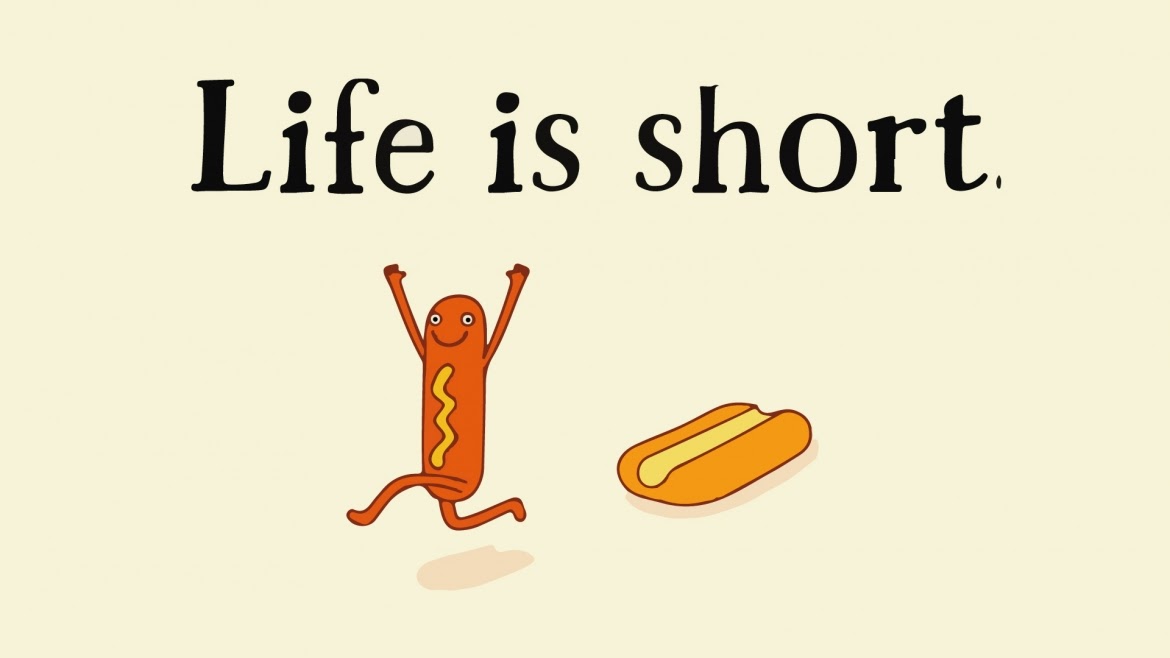 It’s not surprising I feel mostly hurt from Facebook as I tend not to click on the other stuff, the good stuff, the Facebook manna: videos of cats, babies or mums in Chewbacca masks.  But then today a picture popped up on my time line, an innocuous little yellow image of a hotdog with the words ‘Life is Short’ written at top, then some words beneath in a zany font, a quote by someone called Karen Salmansohn, (who it turns out is some best selling self help author).  The words were as follows:

“Be silly. Have fun. Love the people who treat you right, forget the ones who don’t. Regret nothing. Believe everything happens for a purpose… and seek that purpose!”

I tend not to read things like this, Tumblr fodder, even though the internet and social media is full of them, stuff you once only ever saw on the walls of HR departments or classrooms belonging to hippy teachers, a little buzz, a warm glow in your brain, then forgotten a moment later.  But these days the internet seems to be full of such graphics, any trite or glib quote worthy of sharing once it’s overlaid over an image of a flower, sunset or woman doing yoga on a beach.

But then this one did stick.  I found it troubling, kept going back to it, but couldn’t understand why.  It seems innocent enough.  A nice sentiment on first reading. Not designed to be offensive in any way, just share bate, easy marketing designed to make those it connected seek her out (as I did later) and sell more books.  But no, it stuck with me.  I realised I was offended by it, these words like clues to the authors fakery, what she was saying not so light and fun, but a little dark and malignant, perhaps not something people should either listen to nor share.  We see so much like this that we become blind to most of it and never take the time to actually give it some scrutiny, to question what its selling.  Well this time I am. 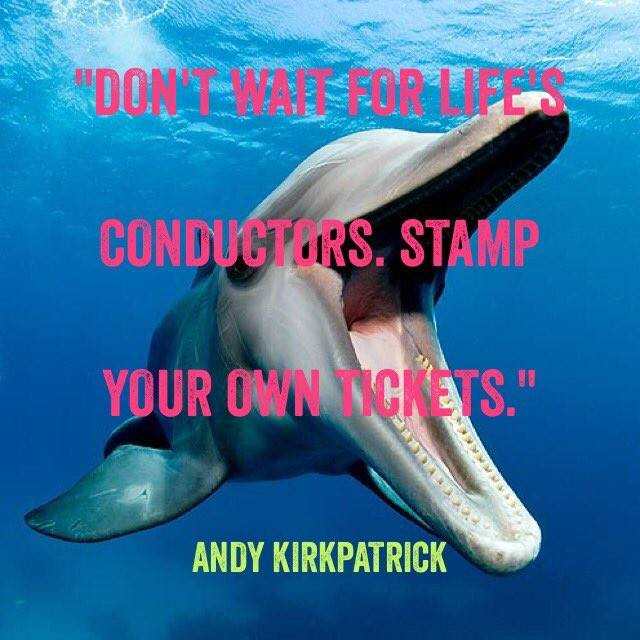 First off ‘Be silly. Have fun.’ I’m ok with that, but then isn’t that a given, why write it?  I know why, it’s like the smile of a salesmen, that warm handshake, the smell of bread pumped out of the bakery, the free pen: it lures you in. In reality it may as well say, ‘eat food and breath’, being something no one would find a revelation. If it was to read, ‘Stop buying crap in order to fill a hole in your life. Pay of all your depts and gain your freedom’ well that’s something more constructive, that’s a goer for me, but then that’s not soft and bouncy, it sound like advice.  Such words are set there to give the impression the author is someone silly and fun, but I’d hazard guess she’s not (not so bad a thing really).

Next: ‘Love the people who treat you right’, well here we begin to see the problem. It’s a simple idea, a no brainer right? But what about the people you love but who treat you wrong?  Is there no place set in your heart for them.  Isn’t life sometimes about sticking with people who cannot help but cause you pain, who hurt and abuse you, not because they’re evil or bad or ‘toxic’, but because they’re flawed or damaged.  Yes some can be set adrift, but not so many (most tend to drift back to your shore). Sometimes such people, family, lovers and friends, do us damage to test the strength of that love, to see if there is anything there, to call your bluff.  Also the heart does not get to choose who it loves and who it does not.

Next up: ‘forget the ones who don’t’.  Nothing that was once something worth remembering can ever be forgotten, can it? Especially those that did not treat you right.  We’re not talking bus conductors, check out assistants or bin men, but people who meant enough for you to expect something off them.  For me such people should never be forgotten, they’re last on the list.  And yet this is a common line that appears often in a certain style of message, both lines actually a little curse directed at someone close to the writer, someone who once broke their heart.  But such things as this, these demonstrations of the forgetting, of ‘being so over it’, betray the very fact they are no way near that point of forgetting.  What you see here is Karen writing these very words in the hope the man who broke her heart will read them, her own little test of what love may remain.

Next we have ‘Regret nothing.’ Really?  Is life not a weave made up partly from regret, the undone, the done, the said, the unsaid, roads traveled and roads neglected.  We do bad things.  We regret it.  We learn and try and do better.  Regret is our punishment.  Only the truly bad and the truly un-self-aware go through life blindly regretting nothing.  There is much I regret in life, but like the ones you’d like to forget, for me - instead - they are held close.  Regret is a great guide to life, the magnetic variation of life’s journey, its remembrance the tiny nudge of the needle.

‘Believe everything happens for a purpose’, how nice, a get out of jail card for the tsunamis that consume so many lives, the lump in the breast left too long, the drunk driver plowing into someone you love, a fertiliser bomb in a backpack beside you on the tube.  Or do you mean only the good things?  Yes, maybe that’s better, but no I don’t think you do. Again these are the words of someone who is in denial of something she needs to face, and so it’s advice I’d not take.  No nothing at all happens for a reason unless it’s some machine designed to do just that or tied to the movement of the universe.  Such a idea is nothing but an apologist for a shit existence, it lets you off the hook of actually scrutinising your choices, your judgement, what you did right and wrong.  I’m a pessimist, a realist, a humanist, but I’m not a fatalist, I would not lie down and let life run me down.

“…and seek that purpose”.  You’re born.  You die. You are an agent for the continuation of your DNA and/or the continuation of the DNA of your species.  That is your prime purpose and you’re off the clock for everything else. To me this is a manifesto for someone who wishes to be delusional, someone unable to deal with the realities of being a human being (and all that baggage that comes with being one).

But what would I put in the place of her words (after all it’s easy to criticise)? How about this collection of things paste from Notes on my computer:

Move. Make as many people laugh as you can, and as few as possible cry. Don’t hate or let others hate on your behalf. Fear is just being really really excited. One day you’ll be dust. Eminem was wrong, you do get more than one chance. True happiness is discovered by lowering your expectations of what true happiness could be. Fight to the death to win, but make peace with failure. Remember nothing dies that is still remembered. Never judge. Try to understand. Forgive. Don’t stress about the spelling mistakes. Don’t stop.

Yep, trite, glib and simplistic, and too many, but stick them onto the picture of a sunset and they’d be gold.

Actually what I think what I don’t like about this quote is that so many people are looking outside for answers that maybe someone may imagine her words to be some small clue to that perfect life.  For me it’s a lie, a dead end, the words of someone running away from the truth of being human, from the flaws and connections.  But then maybe I’m just reading too much into it, just some social media fluff after all. Maybe I’ve actually got it all wrong, that it’s not meant for me at all, that perhaps it is the key, but only for a life as short and simple and innocent as a hotdog.

A Snickers bar costs 60p. Were these words worth as much?