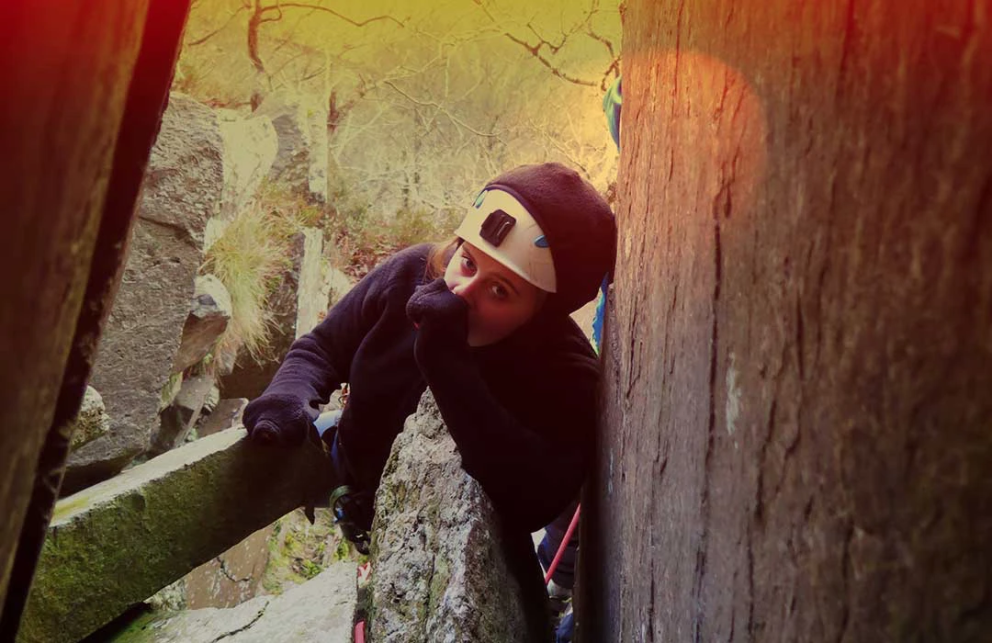 it’ll be good for you!

Hi,  I follow your blog on here and have a question.  I remember watching you do El Cap with your daughter and wondered if there was any fear doing activities like that with her and how you get over that?  My daughter is 11 and we learned to climb mountains together,  I’ve come to realise that I can be the limiting factor of what she achieves, there is the worry that ultimately I’m responsible should anything go wrong.  As a general question how would you go about encouraging kids and getting them to take part in adventurous things with a potential danger attached? I know the whole crossing the road scenario but genuinely interested in how others approach this. ..

I guess I feel that I have to give my kids the basic tools they need to survive in whatever life they choose to live (both psychical skills, as well as emotional ones), and then let them live it.  As a parent, it’s hard to see them fall and not rush to them, but let them stand up by themselves (I know that sound like I’m Bruce Wayne’s dad!), and the process of taking them into the outdoors is very much like this, where there is often very little room for sympathy (when you’re five pitches up and they don’t want to go on, what do you do?).  For example for the last 2 weeks, I’ve climbed with my two in the Lakes, pushing them up some routes well outside their comfort zones every single day.  Ewen always says he’s afraid of heights, so being high on Troutdale Pinnacle was a great test for him, as yes he was bricking it at the top, or on the crux, but he did it.  Again and again, I’d think that a route or move was beyond them, but when I gave them space to figure it out, they always did.

On the skills side I have always tried to instil the following points:

1. Learn to take care of yourself - meaning check your own knots, harness, krabs etc, and make yourself safe at all times.
2. Look after those around you, and keep an eye on what’s going on no matter how good your partners are (ask questions).  Don’t be a passive observer to a dangerous situation.
3. Never make assumptions.
4. Be paranoid.
5. You can never be too careful - and when things are easiest, that’s when people have accidents (walking down from the top of a crag for example).
6. Have fun (cat 2).
7. Don’t panic.
8. Never let your ego or what others may think to get in the way of making the correct choices.
9. Know the rules and know when to break them.
10. Think.

When Ella was preparing to climb El Cap I taught her the simple but very important big wall lesson that she must always be attached to two things at all times when at the belay, jumaring, rappelling or sleeping.  I drummed this into her as I knew that there would be times where she would be alone or would have to transition between ropes without any supervision.  Just before we went she was standing on a ledge clipped into two bolts at a mate’s rope access training place, and I told her to unclip so she was only attached to one thing, which would break the rules for no purpose.  I told her that it was safe and she should do what I said, but she refused, as she could see it wasn’t safe, and I was wrong.  This lesson is based on a lot of experience, where climbers I’ve known have done crazy things that they knew to be crazy, following orders of someone more experienced who was lacking some information (trust is a very powerful thing, but it should never circumvent your own reality).  In all the years doing stuff with Ella and Ewen I would always try and develop their own survival and safety instinct, and not be passive - making them think critically about any situation.

I’m also a big believer in letting them try things that are too hard, and for them to fail.  It’s always tough to see your kids not be able to do something and see them fed up and dejected (and grumpy!).  But that horrible feeling they felt tends to focus them more next time, plus they have time to reflect why they failed, that 90% of the time the mind gives out first.

I don’t really think so much about if they will choose a climbing life, but like me, I think climbing and the outdoors, and just that wanderlust, will be in their DNA forever.  Ella is 16, and I’m sure she’ll end up with a boyfriend who’s a climber, and they will go on and do their own thing, and all I can hope is that I’ve given her (or will teach her if she asks) the skills and ways of thinking she needs to stay safe.  The most important thing of all is as parents we are storing up in our kid’s hundreds of reference points for their later lives, things they can think about when times are hard when we won’t be there for them anymore - when they may look back a bit more fondly on those times when dad just seemed like an asshole forcing you up some multi-pitch horror show simply because ‘it’ll be good for you!’