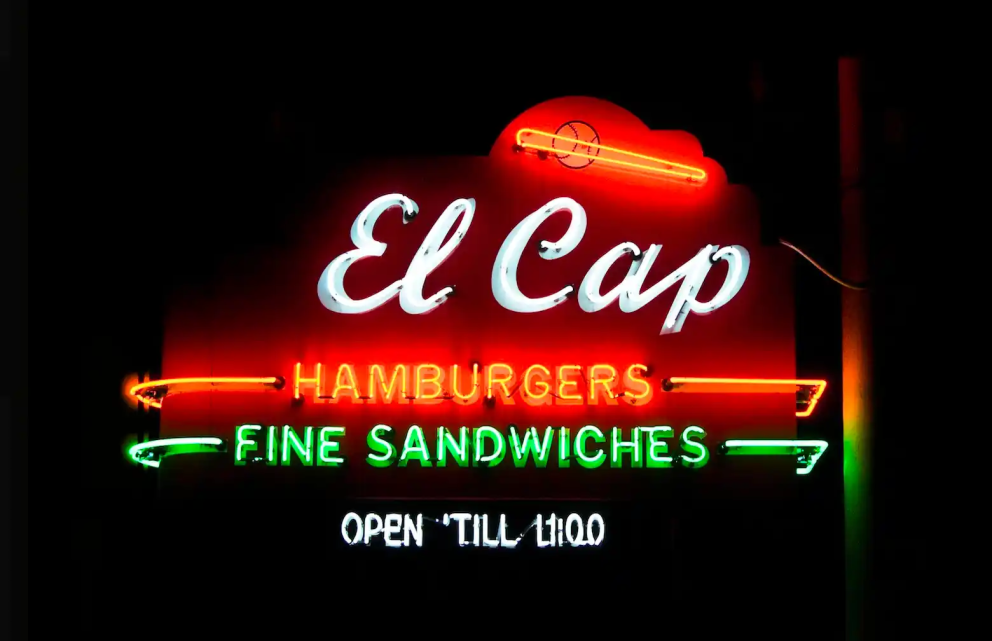 I’m sat outside the Coffee block Cafe in Merced working off my jetlag with a cup of tea before heading up to Yosemite valley.

I don’t mind flying, but hate traveling - which is pain when that’s what I seem to do most of the time.  I guess it’s down to the fact that I just don’t trust myself to get the myriad of tiny - but crucial - things right.  It’s as if I have to double check everything all the time. I can’t be left or trusted.  Its like having to wear one of those kids dog lead kind of straps to stop you wandering off - only you’re both attached to it and are the one holding it.

My ex wife - being an expert on such things… by which I mean she is - tells me I’m not dyslexic (the imagined source of my super powers) but really a perfect example of someone with ADHD.  I tell my son Ewen (who’s been told has ADHD) that if he has it that it’s just a name for the way some people are - like being Chinese or ginger (but not both - that would be scary).  If he has ADHD then he shouldn’t imagine that he “suffers from ADHD” as this would imply that it was a handicap, rather than a bonus (obsessive compulsives are more prone to be successful… if they don’t end up in prison or dead).  Fine words, but when you’re looking for your passport at 2am - when you have to set off at 5am because you underestimated how long it would take to drive to London - you begin to wonder.

My mantra is passport, wallet, driving license (paper and card) and pen (just writing this small list makes me wonder if I’ve missed something).  The pen is vital for coming through immigration in order to complete several hundred drafts of your visa waver form until you get it right.  Added to that is airport parking, BMC insurance, car hire and lets not forget the all important detail that I’m going to the right airport on the right day.  This last one has caused me no end of grief and expense; for example last year I mist my plain going out to Sweden and mist my plain coming home again, the first because I messed up what day I was flying, the second which airport.

Loosing my passport is also a big worry and the sooner we all get ‘chipped’ the better (no one cares about human rights when you’re stood at check in with only your sons passport instead of your own).  While were at it, how about we get ‘chipped’ with a combined driving license and credit card.

The famous Tim Ferris has a PA who works from india and I often wonder if I should do the same; after all the only way I seem to have any success if when I get bossed around by a woman (for bossed around read organized).

Things were looking good until Saturday when taking my kids to a party I ran over a giant rock in my car and found that I only had 3rd and 4th gear - not ideal when I had to drive to Heathrow on Monday morning.  Luckily I found that reverse now gave me 1st and 2nd, meaning the only gear) I just had to go - hopping I wouldn’t have to back tract, probably a great analogy for this trip (I have no reverse).

On this trip to the valley I feel a great weightlessness, as the last two trips carried with them a lot of stress (Karen Dark in 08 and Phil Packer in 09).  This time it’s just me.

I’ve spent the last few months getting to know some serous athletes, and taken a few notes from them on performance.  I’ve come to realize that although it adds to the adventure - embarking on a hard climb in a half assed way is bound to lead to failure.  My last two attempts at climbing El Cap in a day have been just that.  Climbing off the couch, with rusty partners, jet lagged and in not ideal conditions was bound to lead to failure… even if those failures mean as much to me as the successes.

This time I’ve put in some effort and preparation for a one day ascent of El Cap, running 70 miles a week, losing 10kg, and using very focused visualization of what was to come.  But me being me - I imaged that one day ascent as forgone conclusion with all that prep - so have fixed on a one day solo ascent (roped).

My first step has been to take it easier than normal, for example I would often arrive in San Francisco and drive to the valley - arriving at 4am - and get on a wall the next day.  This time I spent the night in Merced to get over my jet lag (in the kind of seedy motel that you barricade the door once inside and check for hidden video cameras).

My plan is to go up to the base of Lurking Fear tonight, and set off up it at 3am, carrying 6 litres of water, some food and lots of headtorch batteries and see how I get on, aiming to get to the top in under 24 hours (LF generally takes 3 days).  If that comes off I’ll have a few days off (I’m still writing Cold Wars - one reason for speed climbing) and then try Zodiac in a day.

Climbing any route on El Cap in a day is a marathon effort, and only a handful have soloed it in a day, and by rights there’s no way I can pull it off.  But I guess just because I’m better prepared doesn’t me I still can’t dream like a fool!

Note: While I’m over here I’ll try and update my blog most days, plus post some video and pictures, so stay tuned.